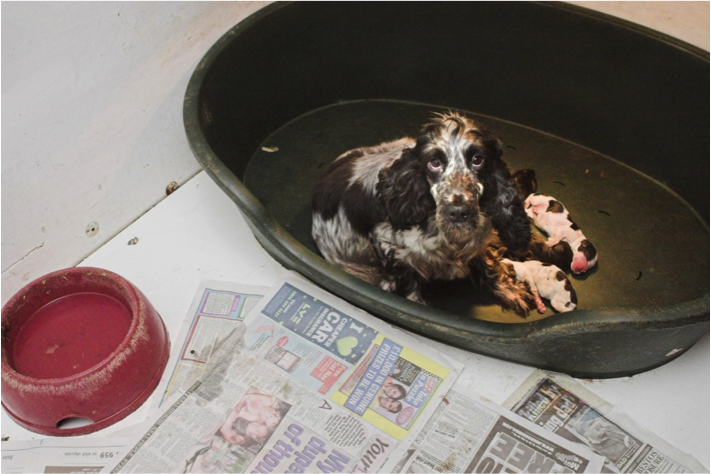 Spare a thought for Britain’s breeding bitches this Mothering Sunday, as the RSPCA calls for an end to the puppy trade. Hundreds of thousands of puppies have a horrible start in life: trafficked in from Europe or born to puppy farmers and backyard breeders. But however dismal the first few weeks of a puppy’s life may be in the care of someone who only cares about fast cash, his mum and dad will likely have years of mistreatment.

Lisa Richards, a scientific officer specialising in dog welfare at the RSPCA, said: “What dogs like these go through is terribly sad – it just shows there are people out there that that view dogs as cash cows to be exploited.

“We often focus on the puppies affected but sadly the breeding bitches are forgotten. They can suffer long-term health problems from being bred over and over from a young age.

“Being kept in barren cages with no human company or the company of other adult dogs can also have serious and long-term consequences for the behaviour of these dogs. If they’re lucky enough to be rescued, it can be really difficult for them to cope in a home environment and it takes a lot of time, patience and hard work from their new owners to help them settle in and become confident. Help from a behaviourist is also likely to be required.”

Here are just two of the cases the RSPCA has dealt with: 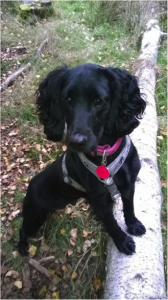 Cocker Spaniel Florence was rescued from a suspected puppy farm showing all the signs of being pregnant, although barely more than a pup herself. Sure enough, a few weeks later, Florence gave birth to thirteen puppies, of which ten survived. Her litter were rehomed, but Florence was left behind with severe behavioural issues, caused by being bred from at a very young age and neglected.

“As soon as I saw Florence I knew I had to have her,” Kate said. “I used to go to the centre to walk her even before she was able to be rehomed. I have had spaniels before and just fell in love with her.

“For the first five days she was with me, Florrie didn’t even attempt to go upstairs – I don’t think she’d ever been in a home environment before or even encountered stairs.

“She has does have separation related behaviour; she really doesn’t like being left and has attached herself to me. Florence obviously had a tough start in life; she cowers down, and really hates being anywhere near her crate – really she just wants to be on laps having cuddles.

“We have a little way to go but she is a lovely dog and we are so pleased she is part of our family.

“Whenever I tell anyone she has had a litter of 13 they can’t believe it. She was far too young to have this happen to her but now she is protected from that life of breeding.” 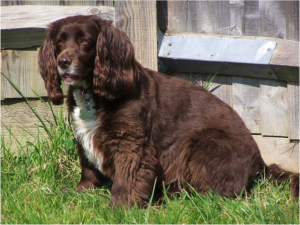 Lindi, a Field Spaniel, was rescued by the RSPCA from a dark barn where she had been used over and over again to produce puppies. She had had so many litters that her insides were seriously damaged. But it was her emotional health that was the most worrying. Lindi was found to be very confused and anxious, and she had been left with a bag of dead puppies by her side.

Lindi was taken to the RSPCA’s South Godstone Animal Centre, where the deputy manager, Tony Shaw, adopted her.

“When she first came to us she found it extremely difficult to go outside,” said Tony. “When we eventually got her out on a lead she was terrified of everything – from the sound of a door closing, to strangers walking by.

“It took her some time but, once she came home with me, she started to come out of her shell. Now she’s a really happy, lovely dog. She is still frightened of busy areas and stays away from other dogs but she’s doing really well.”

If you buy a puppy, make sure you meet his or her mum as a minimum. Does she appear happy and healthy? Does she interact with the litter? Is she cared for and loved?

Don’t contribute to the nightmare.

Photographs courtesy of the RSPCA 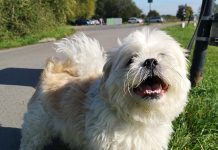