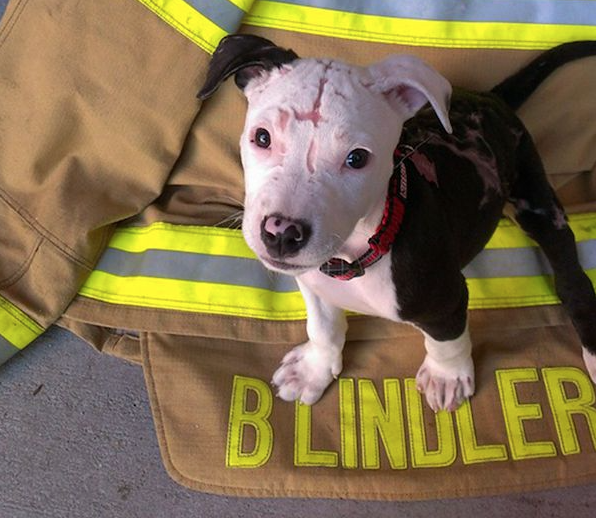 In April 2015 US firefighter Bill Lindler was attending a serious incident at a neighbour’s property when he saw young Jake cowering in a corner of the garage. The puppy had just crawled out from under a piece of burning ceiling; his mum and siblings had all escaped, but Jake had been trapped. He was shaking and badly injured. 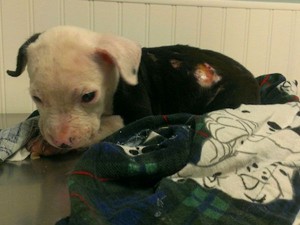 Bill scooped Jake up and performed mouth-to-snout resuscitation, before taking the puppy to the vet. Jake was found to have burns on 75% of his body. He was only three weeks old. His owners couldn’t afford his extensive veterinary costs, and abandoned Jake at the surgery. So Bill stepped in. 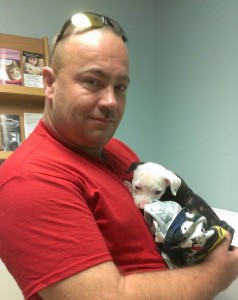 Jake had to spend 6 weeks in intensive care before he went home. Surrounded by Bill’s family and all his supporters at the Hanahan Fire Department, Jake was soon on the mend. His scars are permanent, but his spirit is strong. 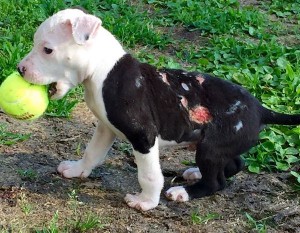 Jake soon became so loved and cherished around the fire station that he became the official mascot, which was then bumped up to official firefighter in December! Jake now goes into schools to assist talks given to schoolchildren about fire safety. Bill hopes that in the future Jake will became a therapy dog for burned children too. But for the moment, Jake is focusing on his qualification as an arson detection dog, so he can help sniff out evidence in the cause of fires. 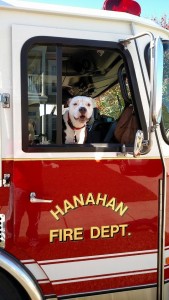 It’s a tough job, but someone has to do it. 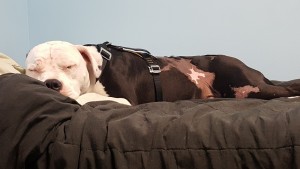