The bodies of nine pups, believed to be a mix of terrier and collie-types have been found in a ditch in Hogg End Lane, St Albans, on Saturday 27 February.

RSPCA animal collection officer Kate Wright, who responded to the call, said, “We had reports of collapsed puppies in a ditch and I rushed over to the site and there they were. There had been no effort to cover them up. They were obviously already dead, and had been dead for a day or two. They were all covered in sawdust and some looked skinny. The little pads on their paws were red raw like they’d been living in urine. They absolutely stank.”

Those of the nine pups were not the only bodies in the ditch. 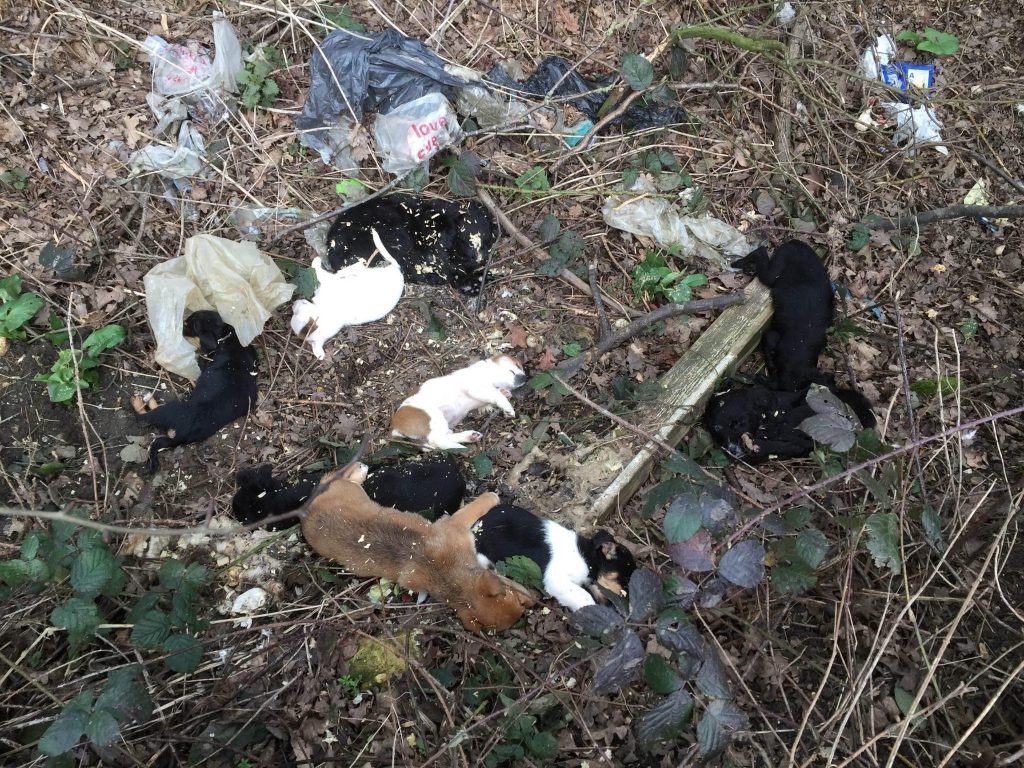 “I had a look around the area and, in the same ditch, I found decomposed corpses, bones and fur,” Kate says. “I realised the horror that this ditch is obviously used on a regular basis – it was heartbreaking. I found the remains of at least three other dogs as well as more bones. There were different stages of decomposed bodies and most of them were very old. It was grim, really awful. It really upset me. It makes you wonder what kind of life they had before.”

RSPCA canine focus officer Rachel Smith, who is investigating, adds, “I’d say this lane is used regularly for dumping the bodies of dead dogs. We’ve had a steady influx of calls over recent months.”

“There was nothing to suggest how these puppies had died,” says Kate. “My immediate thought was that they had come from some sort of puppy farm.” 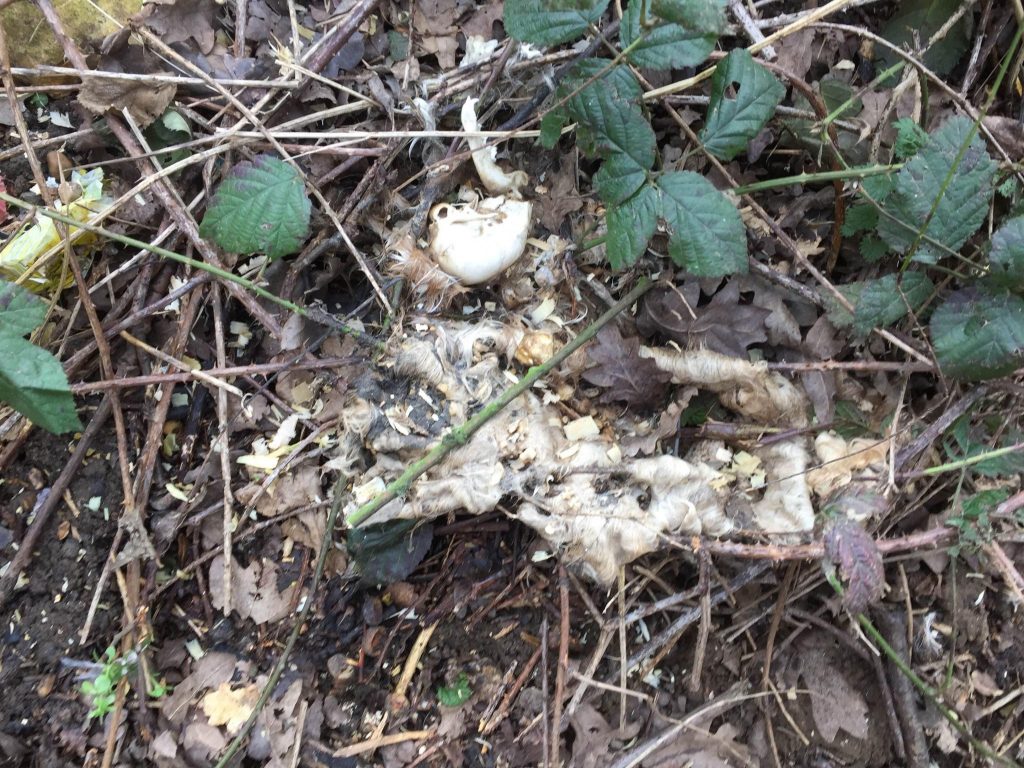 These poor pups wouldn’t be the first victims of puppy farming, nor they would be the last. The RSPCA is campaigning for the introduction of new legislation to better protect dogs and puppies being bred for sale, having launched the Scrap the Puppy Trade campaign in England, in response to an 88% increase in the number of calls about the puppy trade over three years.

The campaign aims to hit the puppy trade by educating the public on sourcing puppies responsibly, asking for new laws to combat puppy dealers and for mandatory licensing for anyone selling puppies in England.

Inspector Smith advised members of the public to be vigilant if buying a puppy.

“My advice for the consumer would be that if something doesn’t seem right, don’t buy the puppy. Walk away and contact us or the local authority immediately. The reality is that if we don’t work together to fight the trade, more sick puppies will not receive the care they need and could end up dumped in this manner. These breeders and dealers don’t care about the welfare of these dogs, they only care about the money.”