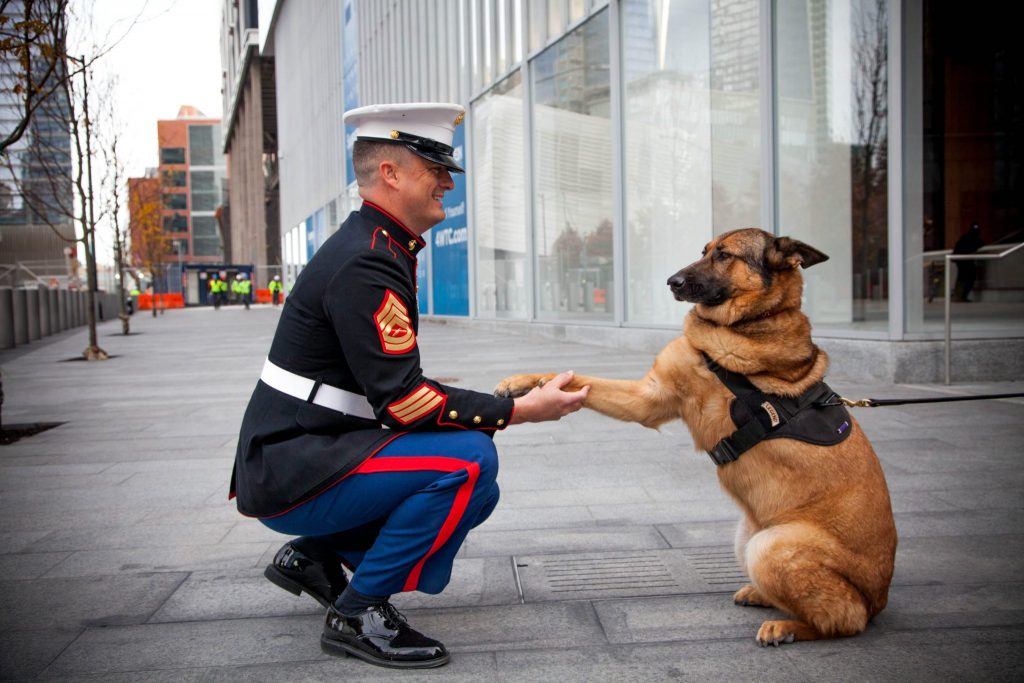 The animal equivalent of the Victoria Cross has been awarded to Lucca, a German Shepherd who protected countless lives during six years of active service in Iraq and Afghanistan. The Dickin Medal is the highest honour a military animal can attain – and for Lucca is it truly deserved.

As a highly-specialised search dog trained to find explosives and munitions with the US Marine Corps, she ran over 400 missions, and such was her success that during her patrols there were no human casualties.

Unfortunately a patrol on March 23, 2012, would be her last. Lucca discovered a 30lb improvised explosive device (IED) and as she searched for more, a second device detonated. She instantly lost a front leg and suffered severe burns to her chest, neck and head. Her handler Corporal Juan Rodriguez was devastated, and worked quickly to apply first aid that would save Lucca’s life.

“The explosion was huge and I immediately feared the worst for Lucca,” Juan recalled. “I ran to her and saw her struggling to get up. I picked her up and ran to the shelter of a nearby tree line, applied a tourniquet to her injured leg and called the medics to collect us. I stayed with her constantly throughout her operation and her recovery. She had saved my life on so many occasions – I had to make sure that I was there for her when she needed me.”

Lucca was evacuated to Germany, and then California, with Juan by her side the whole way, even sleeping next to her. His devotion was instrumental in Lucca’s recovery; within ten days of the incident, she was up and walking.

As her rehabilitation continued, Lucca was officially retired and her adoption paperwork was completed. She now lives with another of her former handlers, Chris Willingham, and his family in California. 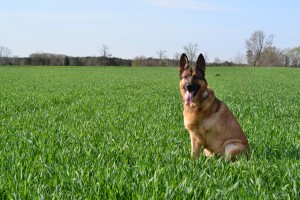 “Lucca is very intelligent, loyal and had an amazing drive for work as a search dog,” Chris said. “She is the only reason I made it home to my family and I am fortunate to have served with her. In addition to her incredible detection capabilities, Lucca was instrumental in increasing moral for the troops we supported. In between missions, I took the searching harness off and let her play and interact with the troops. Due to her personality, demeanor and proficiency as a search dog, Lucca made friends wherever she went. Today, I do my best to keep her spoiled in her well-deserved retirement.

“Even when Lucca was injured, her good temperament and gentle nature never faltered. She has become an inspiration to everyone she meets and I am so very proud to see her decorated with this prestigious award.”