Animal charity PDSA has released a list of the eight oddest things eaten by dogs who have been taken to their clinics. 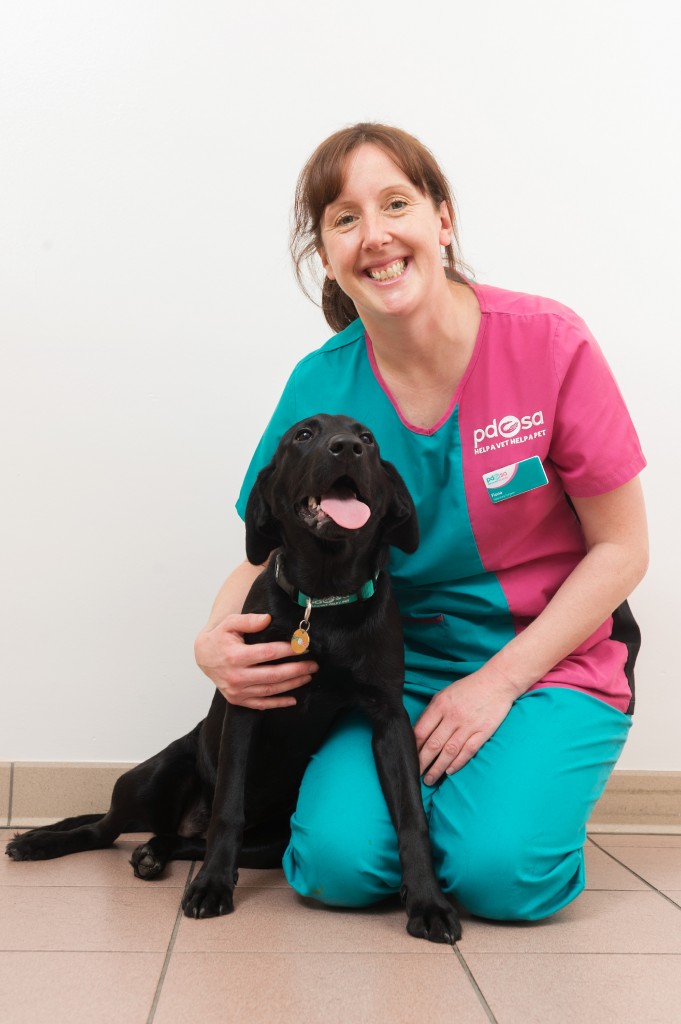 “There is a medical term for pets eating strange objects – pica,” she says. “Dogs, especially puppies and younger dogs, use their mouth to investigate objects as well as to eat. Sometimes a dog will swallow an object by mistake, even though it had only meant to investigate it.”

In the list was Domino the Labrador, who was so fascinated by his elderly owner’s hearing aids that, when he managed to get a hold of them, clearly couldn’t resist the temptation of making a snack out of them – or swallowed them by mistake. It is hard to tell. All we know by looking at the pictures is that he didn’t look especially sorry!

The six-month-old pup returned home with his owner, but he was lucky: the hearing aid could have caused a tear or fatal blockage in Domino’s digestive system. The battery could also have burned her stomach lining and led to serious, even fatal, complications.

Another dog who doesn’t look sorry at all is Staffordshire Bull Terrier Chase, from Romford, who wolfed down a chocolate egg – including the surprise in it! 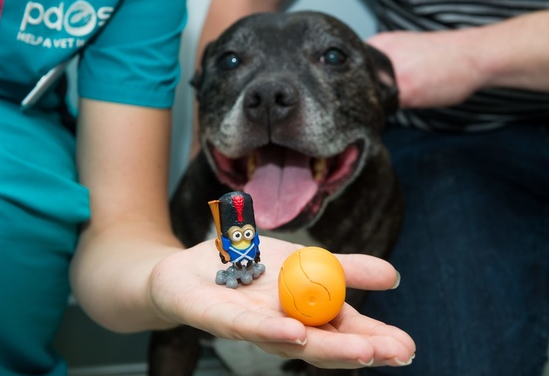 PDSA’s Head Nurse, Sarah Burt, says, “When Chase came to us you wouldn’t have known he was in danger because he was very alert and lively, but thankfully his owners had seen him swallow the egg and brought him to us. We took an x-ray which showed not only where the toy was in Chase’s body, but we could also make out roughly what the toy was.”

As it turned out, it was a Minion. Those despicable things are truly everywhere. 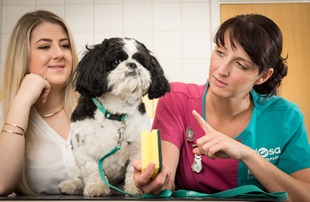 Not to be outdone, small dogs got busy eating anything within their reach as well. Alfie the Shih Tzu decided that eating his owner’s kitchen sponge, complete with scouring pad, would be a bright idea. Luckily, his owner spotted him doing so and an injection to make him sick was all that was needed to make him give the sponge back! At least he had the decency to look ashamed.

Still, Cooper the Yorkie won the competition not too long afterwards by gobbling down no less than 22 hair bobbles – plus a button. Surgery was needed to get everything out, worrying his owners to death, and yet look at him: the face of no regrets.

Here’s hoping that all hair bobbles (and buttons) will be kept well out of his reach from now on.

The list goes on with golf balls and shoelaces, and less amusing things such as sewing needle, eaten by Rottweiler Broxi, and even drugs, found and swallowed during a walk by 17-month-old Whippet Blue, who wouldn’t have survived the night if not treated right away.

All dogs above recovered well from their ordeals and some of the objects found in their stomaches make for a fun little list, but it’s important to remember that a foreign object in your dog’s stomach can lead to fatal complications – and that prompt veterinary treatment is a must should they eat anything that is not food.