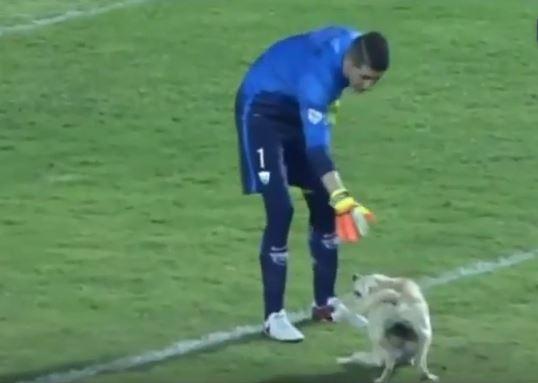 A football match between Mexico’s Pumas and Venezuela’s Deportivo Tachira was interrupted by a loose dog yesterday.

The overjoyed, overexcited yellow Labrador bounded around players, who couldn’t help but laugh as they attempted to catch the runaway.

Pumas defender Gerardo Alcoba eventually managed to pick up the dog, which promptly smoothed him in kisses, before handing it over to a waiting official.

Watch the hilarious chaos in full below!