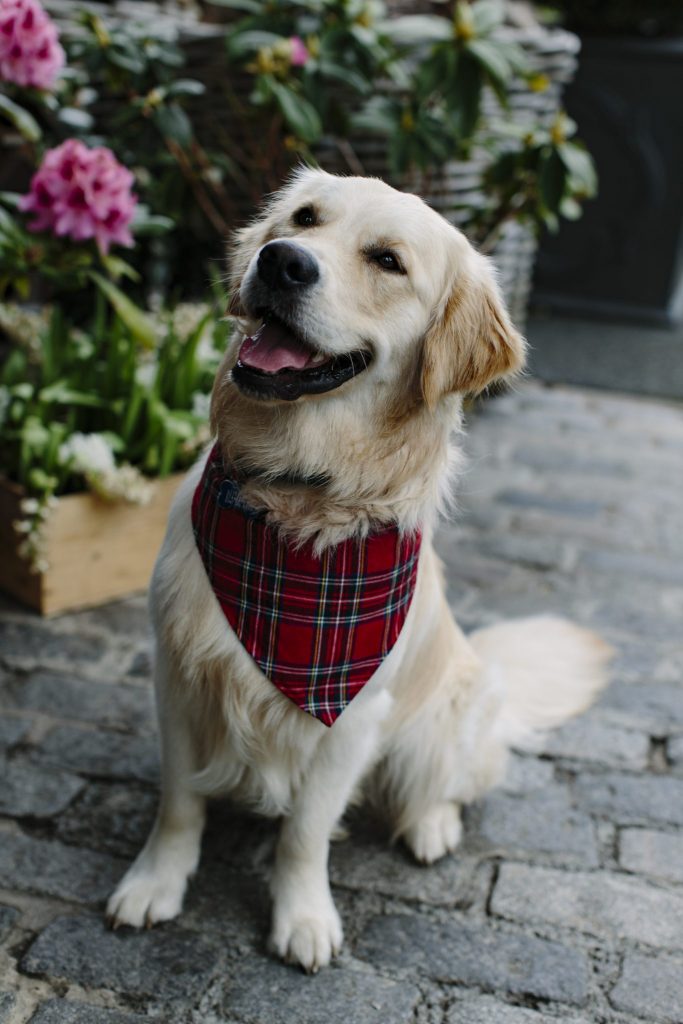 Over 200 dogs applied for the prestigious title of Scotland’s Ambassadog but only one could win and today VisitScotland announced the results.

George, a one-year-old Golden Retriever from Glasgow, will now be representing the spirit of Scotland around the world, after beating eight other finalists on Sunday (8 May) at a special interviewing event. George’s role includes attending red carpet events and documenting his adventures on social media, which he’s no stranger to as he currently has 15.4k Instagram followers.

Sisters Victoria and Emma Rae, both 22, put George forward for the role in March, after VisitScotland launched the search for a canine ambassador. After being shortlisted, the owners were assessed at Prestonfield in Edinburgh for their knowledge of Scotland and their social media skills.

Owner Victoria said, “It’s really unexpected and I still can’t quite believe George has been chosen; especially as there were so many lovely dogs in the final. I am very proud of him.

“We love going on adventures around Scotland and George has a very sociable and curious nature. He loves other people and animals. I feel with him I can explore and visit places I wouldn’t usually get to see – his determined spirit and boundless energy is what we need to get us to the top of mountain treks and he loves a splash about in the water at Loch Lomond.

“I feel George is a great ambassador for Scotland as he is always looking for to his next voyage. A Golden Retriever is also a Scottish breed, which a lot of people don’t know. My ambition for him in his new role as Ambassadog is that he takes us on a lot more journeys – we plan to go to Harris and Lewis at the end of this month – and we can inspire others to plan their next exploration around the country.”

Helen Campbell, Head of Global Brand & Marketing Communications at VisitScotland, was on the judging panel at the final alongside TV personality Kaye Adams, representatives from Denholm Associates and Dogs Trust.

Helen says, “I was delighted to see the warmth and passion that shone through the owners and dogs who came along to meet us at Prestonfield; it was honestly a very tough job to select one. However, with George there was certainly something very special indeed with his exuberance and big personality, definitely a lovable nature and a very special bond with his owners.”