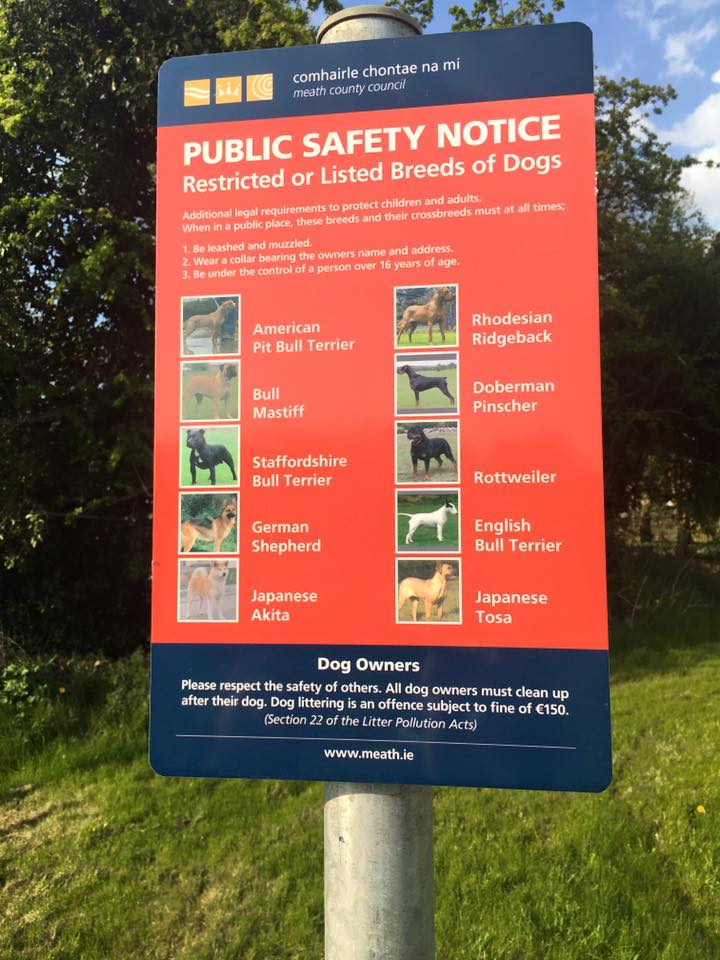 Meath country councillor Alan Tobin provoked an online storm after he posted a photograph of one of the signs he had campaigned for. The ‘public safety notice’ lists the names and pictures of ten breeds of dog, which are all subject to additional restrictions under Irish law. These breeds must be muzzled in public, kept on lead, wear a collar bearing the owner’s full name and address, and be under the control of someone over the age of 16. The dogs that appear on the notice are the American Pit Bull Terrier, the Rhodesian Ridgeback, the Bull Mastiff, the Doberman Pinscher, the Staffordshire Bull Terrier, the Rottweiler, the German Shepherd, the English Bull Terrier, the Japanese Akita and the Japanese Tosa.

The Facebook post was created yesterday (Sunday 8 May) evening, and has since gone viral, having been shared over 95,000 times. The reaction has been, for the most part, a furious one. People were quick to share pictures and stories of their own dogs that are penalised by the law – loving family pets forced to live a limited life, thanks purely to the way they look.

The common consensus in the comments: breed specific legislation doesn’t work. Since these regulations were bought in to force in 1998, the number of people hospitalised for dog bites in Ireland has actually risen – by an incredible 50%!