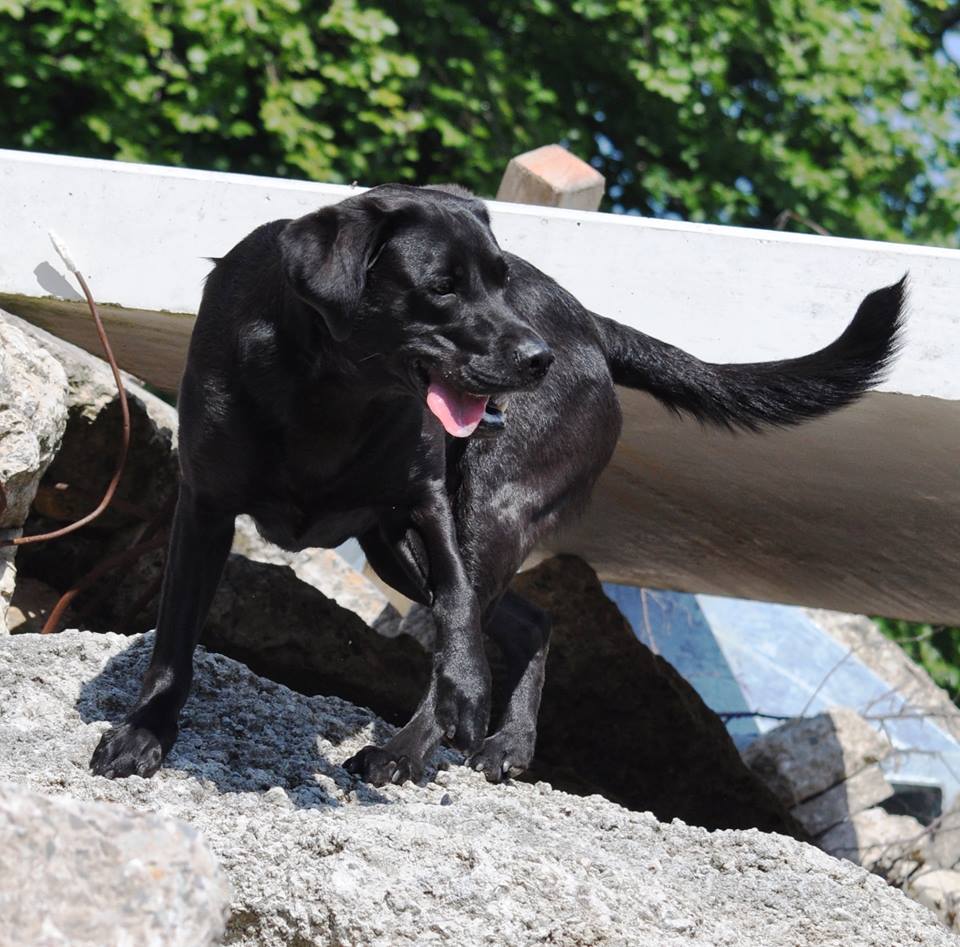 A highly specialised search dog had a successful day on Friday (6 May) when she helped to locate a warehouse worker who had become trapped under thousands of tonnes of cheese.

Tomasz Wiszniewski, a fork lift operator, was lucky to be alive after 10-metre high metal shelving fell on him as he worked. As his location under the rubble of boxed cheese was unknown, it was time to send in the dogs. Belle, a black Labrador and ‘Urban Search and Rescue dog’ from Merseyside Fire and Rescue Service, quickly got sniffing, and was able to indicate Tomasz’s position despite the tasty distraction. Firefighters were then able to free him from the wreckage, and he emerged unscathed from the eight-hour ordeal.

Watch Manager Jo Stephens, who also heads up the Merseyside Fire and Rescue Service Working Dogs Team, said, “Belle did a fantastic job and performed exactly as she has been trained to.

“She has been an Urban Search and Rescue dog with the Service since she was 18-months’-old and has worked in many major incidents across the country. She is also part of the International Search and Rescue Team that deploys all over the world.

“Belle is trained to sniff out live scent and to give a bark alert so that operational crews can then come to the spot she has identified and use listening devices and cameras to establish the exact location of casualties.

“It gives the crews somewhere to start and helps pinpoint areas where there might be casualties. This was an extraordinary outcome because the man involved emerged alive and unscathed.”

Jo continued, “The whole atmosphere in the warehouse was so buoyant when they brought the worker to safety. Belle did a fantastic job and we are very proud of her contribution to the rescue effort.

“She was rewarded with her beloved tennis ball, which is her motivation for all her search and rescue work!”

But sadly for Belle, the cheese was left unopened.