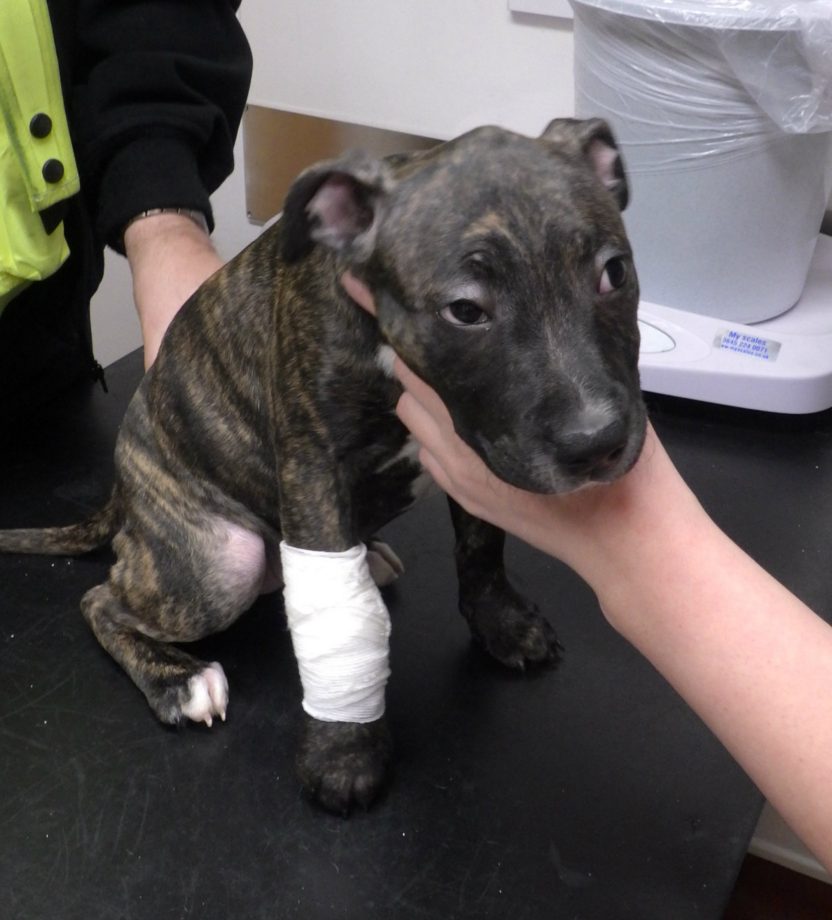 Lee Michael Davies, 28, from Birmingham, received a three-year ban from keeping animals after pleading guilty to causing unnecessary suffering to a 12-week-old puppy with a fractured front leg. The puppy, named Daisy, was found by RSPCA officers with a bandage around the broken leg, which Davies had put on himself. However, he had taken no further steps to have his puppy treated: he did not take her to the vet, despite being only half a mile away from a vet practice, and Daisy was eventually able to get the treatment she needed thanks to a member of the public’s call to the RSPCA.

RSPCA inspector Jon Ratcliffe said, “It was not enough to just a put a bandage on poor Daisy’s leg – this would have done nothing to alleviate the pain she was clearly in. When we got her to a vet, she yelped whenever her leg was touched or manipulated and it was clear she was suffering.”

“If your pet is injured in any way, it is so important to get veterinary treatment for them as soon as possible to prevent them suffering any further. Daisy was only a few weeks old when this happened. It is so sad to think that she went through this pain and suffering at the start of her life. Thankfully she has now been rehomed with a family who gives her the love and attention that she deserves.”

As well as the three-year disqualification order, magistrates gave Davies a 12-month community order and ordered him to pay £300 costs and a £60 victim surcharge.

This news comes amidst calls for more severe sentences to be handed down to those who abuse animals in the UK, including lifetime bans from keeping animals and the introduction of an Animal Cruelty Register. A petition asking for these changes has already reached over half a million signatures.