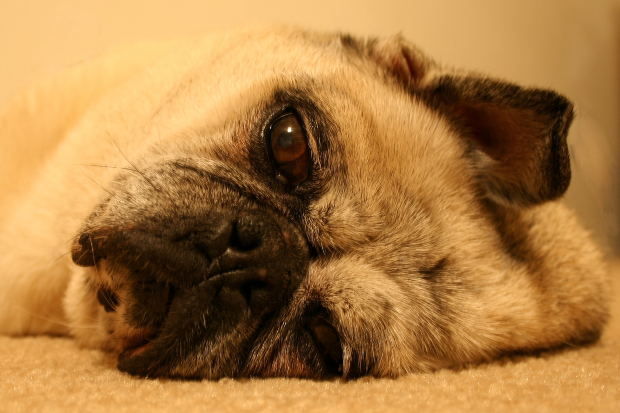 The dog owners of Reddit have been sharing stories of their ‘drama kings and queens’ – dogs who just have to indulge in theatrics to get their way or make a point. Read our funny favourites below…

My new rescue, Pippin, came with a terrible case of diarrhea that took more than a month to clear up. One day he was acting off and was dehydrated, so I took him to the vet, and they kept him for a few hours to give him fluids. Suddenly I got a call from the panicked vet, saying that she hasn’t seen a dog in this much pain, and something must be wrong, and could she do a barrage of tests? Of course I agreed.

Pancreatitis? Ibs? Cancer? Nope. After all of it, he turned out to have a little gas. My little drama lama!

A husky at my dog park was prone to hot spots related to her having a billion food allergies. Every time she got a new hot spot, her owner would shave down the fur and paint it in HOT PINK disinfectant that would last for months, even with baths/rain/licking etc.

This particular husky lost all interest in life, she was an incredibly vain dog and knew she was beautiful. She would mope into the dog park, throw herself down in the dirt and sigh loudly every time someone walked past her. You could not interest her in food, playing, other dogs or anything else until her fur grew back.

One time I stood on Reggie’s foot in the garden. He sprinted in (using his foot), stopped dead in front of my husband and lifted his paw sadly. A******.

I’ve had my Chihuahua since September. She is 11 years old. She is missing a leg, her other 3 legs are deformed and she is mostly deaf and blind. She was found on the side of the highway, and it seems she led a hard life.

She adjusted to the good life REALLY quickly. She demands to be carried everywhere, begs for treats anytime you stand up and grumps if you don’t snuggle her. She is also a HUGE drama queen. She has learned that if she cries out like she is in pain she gets attention. So what does she do? Cries out and then wiggles and wags her tail in anticipation of the attention. We took her to the vet last week (again) to make sure there wasn’t anything wrong with her. $200 later and the vet says point blank, “she is a drama queen and is playing you.”

I have a very spoilt Staffy that LOVES being around people; when I’m home he sleeps in my bed (I’m at uni usually) and my mum has taken to spoiling him a bit more. He usually gets a little bit left over from their dinner. When I was home we went out for dinner and didn’t bring him anything back: cue him going outside to eat grass so that he threw up and sitting on my bed refusing to acknowledge us.

My boy is a filthy liar.

When I catch trying to chew the carpet he pretends he was just yawning and somehow the corner of the carpet leapt into his mouth. When he’s in the kitchen and suddenly I come he pretends he came there to drink while I know he was planning to explore the trash can.

Yesterday he threw a tantrum because he wanted to go the public independence day celebrations. I explained that there’ll be fireworks and he’ll get scared but he kept whining. Eventually I stayed home with him.

If it’s even just ten minutes later than when we normally feed our dachshund, he will freak out barking and growling and dramatically chewing on his feet. And when we give him the food he spends a minute jumping at it and jumping away like it attacked him.

View the hilarious thread in its entirety here.

Note: posts may have been edited for length and/or clarity