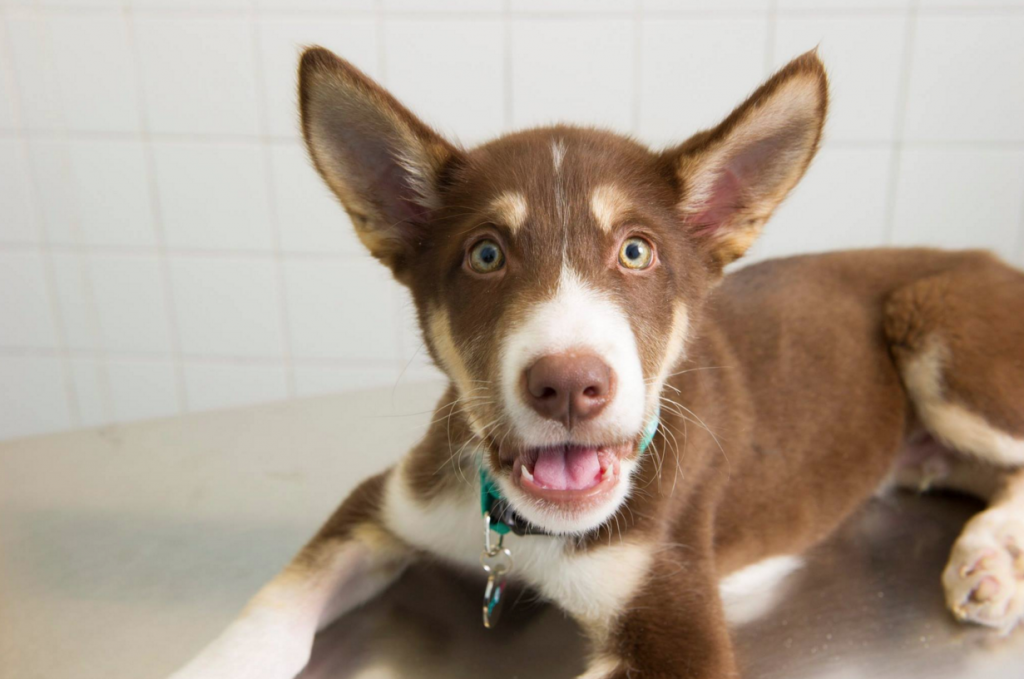 A nine-week-old husky puppy called Selby barely survived parvovirus, a deadly disease that can be easily prevented through vaccinations. Christopher Brook, 31, of Bradford, had bought the unvaccinated puppy from a breeder. Within four days, Selby became so sick he had to be rushed to the PDSA Bradford Pet Hospital.

PDSA Vet Kirsty Warren said, “There is no cure for parvovirus so all we could do was treat him with antibiotics, anti-sickness drugs and intravenous fluids, and hope that he would be strong enough to pull through. He spent nearly a week in intensive care and, as this was such a highly contagious disease, we had to use barrier nursing techniques to isolate him and prevent it spreading to any other pets in the hospital.”

Thankfully,  Selby eventually recovered – but many others are not as lucky, and PDSA is warning all pet owners that missing out on vaccinations could leave their pets unprotected against deadly diseases.

The latest PDSA Animal Wellbeing (PAW) Report, carried on a sample of 5,152 owners in March 2015, revealed that “over 5 million dogs, cats and rabbits have never been vaccinated with a primary course, leaving them unprotected against dangerous illnesses which can take hold suddenly.”

“We’re also reporting that one in three pets (33%) aren’t receiving regular booster vaccinations. This is leaving them exposed to deadly bacteria and viruses as well as reducing the effect of ‘herd immunity’.”

PDSA Vet Vicki Larkham-Jones said, “As a vet there is nothing more heart-breaking than seeing an animal lose its life to a disease that could have been prevented. Many pet owners don’t realise the dangers of diseases like parvovirus until it’s too late.”

“Our research found that nearly a quarter of pet owners that haven’t vaccinated their pets think vaccination is unnecessary. The figure among rabbit owners that don’t vaccinate is even higher, with one-in-three citing this reason for not vaccinating. This is obviously very concerning and shows we need to raise awareness of how essential vaccinations and regular boosters are.”

Puppies are typically vaccinated at eight and 10 weeks with an initial course of injections, followed by a booster 12 months after their first vaccination. Dogs should be routinely vaccinated against parvovirus, distemper virus, leptospirosis, and infectious canine hepatitis. Additional vaccination, such as the vaccine against rabies, may be required in case your dogs has to travel abroad. Speak to your vet to decide on the best vaccination schedule for your dog.