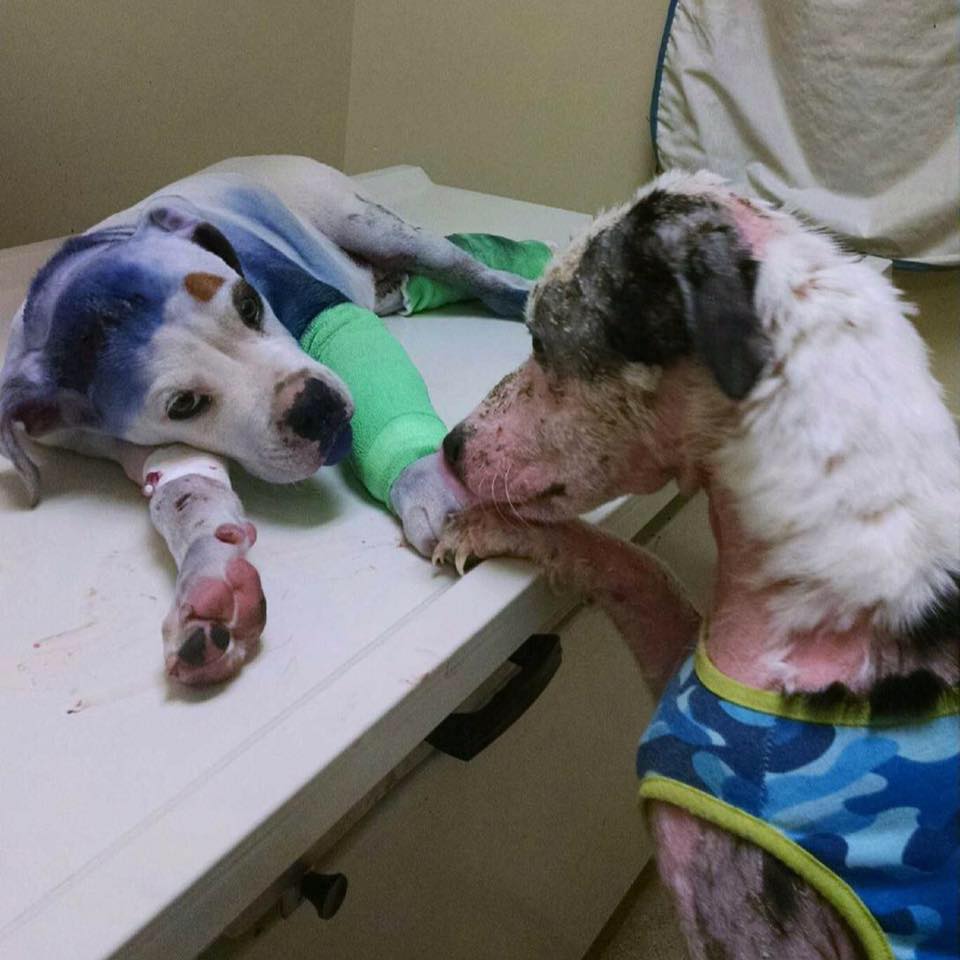 The dog on the table is Sammie; at just four months old, he was shot in the head, dragged behind his abuser’s car and spray-painted blue. The incident left him with two broken legs and deep lacerations. The Boxer cross was then left for dead in South Carolina, before he was rescued and sent to the Paws & Claws Animal Clinic. It was here that Sammie met Simon.

Rescue Dogs Rock NYC, which has been funding Sammie’s extensive veterinary treatment, captured the beautiful moment and shared in on Facebook, writing, “A perfect example which shows us that our companion animals DO FEEL pain and show compassion for others… Do not ever doubt the POWER of our beloved companion animals!

“Here is Simon our mange pup comforting Sammie our newest critical case. They both were saved from different shelters in South Carolina and are both being treated at our vet partner there.

“Last night Simon came in to check on Sammie and see how he was feeling… Sammie accepted Simon’s soft touch and was grateful for the love and affection that Simon showed him.”

Sammie is now recovering after an initial three hours in surgery, although it is unknown yet as to whether one of his legs will have to go, as the infection was incredibly deep.

Either way, he is in the best possible hands, and has a happy life ahead.