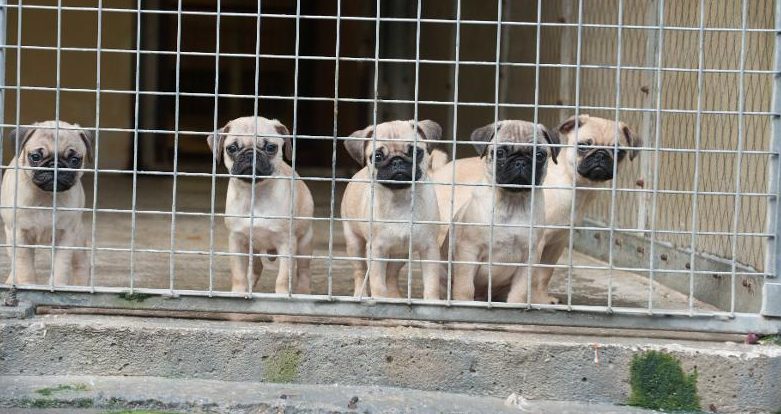 The EU Dog & Cat Alliance, created in 2014 to coordinate animal welfare organisations across the EU, has called for a crackdown on the illegal puppy trade across Europe. Every year thousands of underage puppies, bred in puppy farms, are illegally imported in the UK to be sold to unsuspecting members of the public. Recently enough, Dogs Trust revealed how easy it is to smuggle underage and often sickly puppies through the borders with fake documents and paperwork – by “smuggling” in  a plush dog several times without anyone realising it was not a real dog.

Now the EU Dog & Cat Alliance is proposing an EU Action Plan that would entail “more robust and better-implemented EU-wide legislation, including compulsory identification and registration of dogs and cats on a database linked to an EU-wide database, compulsory licensing of dog and cat breeders, tighter controls on the internet trade of dogs and cats and concrete action to prevent the spread of zoonoses and improve consumer protection when buying a pet”.

Paula Boyden, Dogs Trust Veterinary Director and Spokesperson for the EU Dog & Cat  Alliance, says, “Thousands of puppies and kittens bred for illegal sale in the EU endure horrendous breeding and transport conditions often resulting in severe, chronic health problems. The Alliance is calling for an EU Action Plan to tackle this illegal trade, with three main priorities: consumer protection, public and animal health, and animal welfare. All three are also imperative to the protection of the internal market.”

Daniel Dalton, West Midlands MEP, says, “The illegal importation of animals is a significant concern for many of the Member States, with nearly 1 in 5 of all of EU households owning a dog and over a quarter a cat. It is clear EU citizens want action – a recent Eurobarometer, published in March, found 74% of EU citizens believe companion animal welfare should be better protected.”