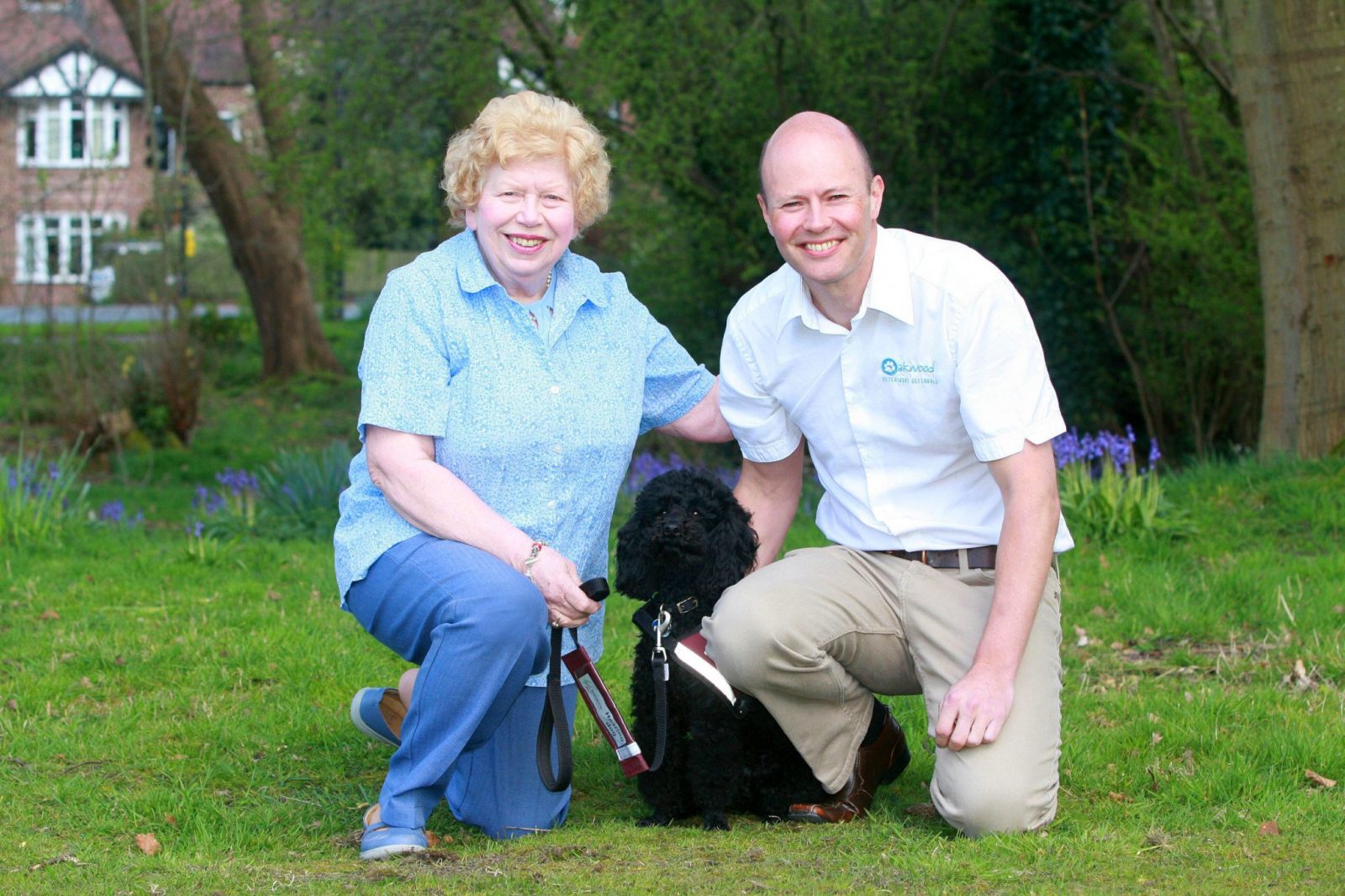 A vet surgeon from Hartford has received a special canine thank you from a hearing dog and her owner for his fundraising efforts for Hearing Dogs for Deaf People.

Charlie had recently completed the Wilmslow Half Marathon and raised £1,345 for the charity – despite suffering from flu at the time!

Charlie has also previously treated hearing dogs from the charity’s training centre in York and was inspired to support the cause after learning more about their work.

The charity trains dogs to alert people to important sounds such as the doorbell, alarm clock and fire alarms but the dogs also become much-loved companions to their owners.

Charlie says, “I have treated Hearing Dogs in the past – pre training, while they have been in training or once they have gone out to be with a recipient. It was important to me to understand better how they were trained and what they were being asked to do so that when I was asked my opinion about how best to treat them, I had a much better picture of their life as a working dog.

“I went over to the training centre and I was able to learn more about what the demands on the dog were. What I also discovered and was impressed by was the care with which these dogs are looked after. Their welfare is extremely important to the team who care for them and if for any reason they do not make it as a Hearing Dog, then the organisation works hard to make sure the dog is in as good shape as possible to find a loving home.”

Jessie’s owner Thelma understands first-hand the value of a lifelong Hearing Dogs companionship. Her first hearing dog Emi, a Bichon Frise, passed away in 2014 aged 11 and left Thelma heartbroken. The duo had raised £10,000 together for the charity and had a very strong bond.

Thelma says, “When Emi died, I was very, very sad. I felt like I had nobody to talk to and she helped me so much in my life that I really didn’t know what to do.”

Thelma had an 18-month wait while the charity search for a suitable match for her next hearing dog. Jessie arrived in January and Thelma says, “She follows me everywhere. She looks after me and I look after her. She’s my sunshine, my ears and I am so happy to have her.”

Thelma and Jessie thanked Charlie for his charity run efforts and adds, “We really appreciate it because these dogs are so important and both Jessie and I really do thank him very much.”