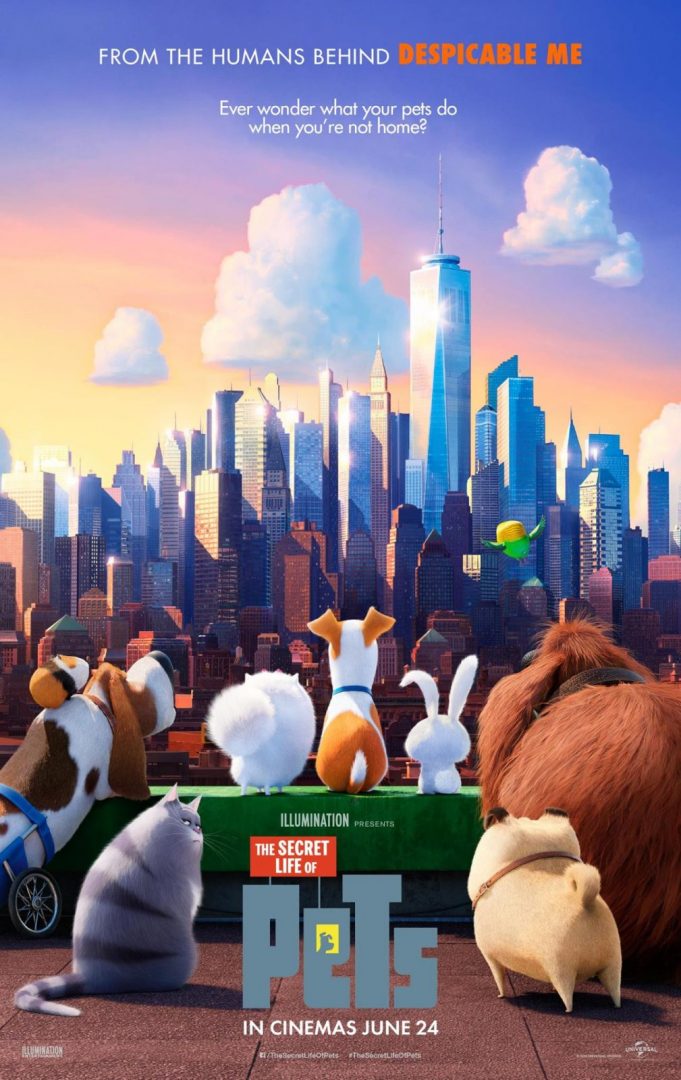 In what is being regarded as a must-see for pet owners this year, creators of Despicable Me, Illumination Entertainment, bring you The Secret Life of Pets – a film that imagines what our pets get up to when we’re not at home.

The story’s main character is a terrier called Max (voiced by Louis C.K.), who is completely besotted by owner Katie (Ellie Kemper) and spends his entire day watching the front door, hoping for her return. Max’s uneventful but happy life is turned upside down with a new arrival, a large shaggy dog called Duke (Eric Stonestreet). They form an instant rivalry which leads to them getting lost on the streets of New York City. Here they encounter gangs of stray cats and a mad bunny (Kevin Hart), leader of the ‘Flushed Pets’ – a group of abandoned human-hating animals. Duke and Max will have to work together if they hope to find their way home.

Dogs are not the only characters featuring. Lazy yet clumsy cat Chloe (Lake Bell) steals many of the scenes and there’s also guinea pigs; hamsters; snakes; tarantulas; birds, including a hawk (Albert Brooks), and many more.

Just like pet ownership teaches us, there’s never a dull moment when it comes to our pets and this fast-paced adventure which will leave you laughing and gasping. The film begins with most relatable part with owners leaving their homes and saying goodbye to their pets. Then it moves off in a more action-packed direction that will excite younger audiences but, from an older audience’s perspective, is a bit lacking on the emotional side.

The Secret Life of Pets is out in cinemas on June 24. Watch the trailer below.