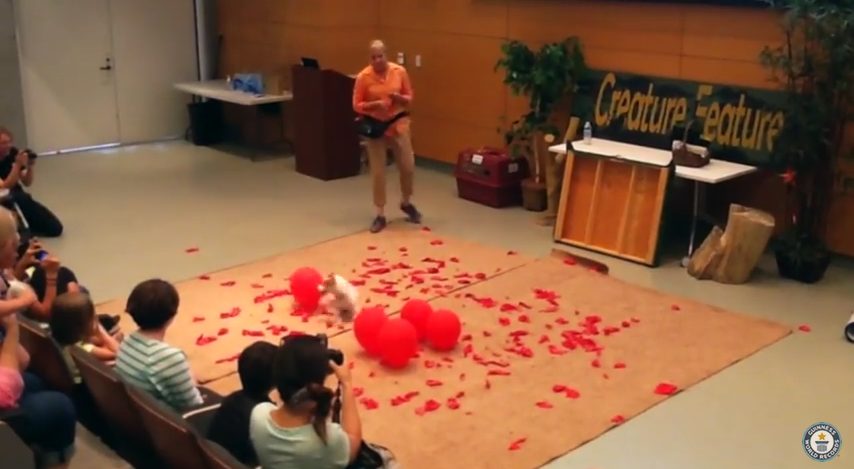 Twinkie the Jack Russell Terrier from California, USA has broken the Guinness World Record for ‘Fastest time to pop 100 balloons by a dog’.

Twinkie managed to do it in just 39.08 seconds, beating the previous record of 41.67 seconds set by Cally The Wonder Dog UK on Britain’s Got Talent in May 2015. The passion runs in the family as Twinkie’s mother Anastasia broke the same record twice in 2005 and 2008.

Twinkie and Anastasia’s trainer Doree Sitterly first noticed the talent in Anastasia on New Year’s Eve. According to Doree, Anastasia went crazy when the balloons came out at midnight. She’s since appeared in magazines and on TV shows, including Regis and Kelly where she broke her own record. Now her pup is keeping their legacy going.

Cally has responded by stating on her Facebook page, “Congratulations to the new GWR holder back in America – nice to be balloon popping and what fun! I am now retired and relaxing on my dog yacht. With all the popping and my earnings I made in my year as holder it’s time I hung up my claws.”