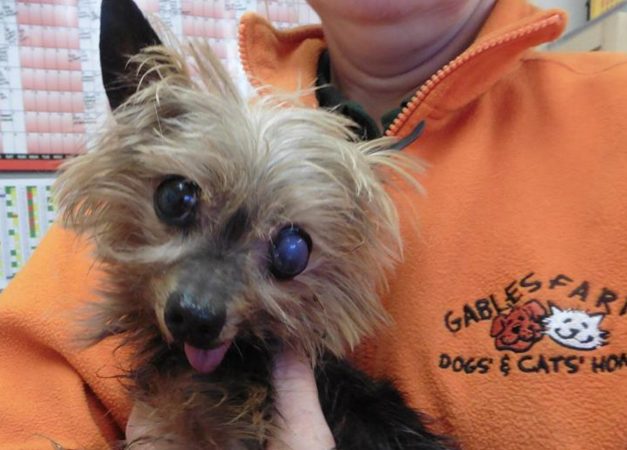 When a tiny stray Yorkie was found on a beach in Cornwall, he was in such a bad shape that it didn’t take long for the staff of the Gables Farm Dogs and Cats Home to give him a name: Shipwreck.

Deputy Manager Ruth Rickard said, “We have named this little chap ‘Shipwreck’ after he was found on a beach and he was such a wreck. It was shocking to see this little dog in such a poor state when he arrived, but we will do everything we can to ensure that he will have a happy future. He has such a fantastic loving temperament.”

Despite being likely around six years of age, poor Shipwreck is battling a long list of ailments: he has no teeth, part of his bottom jaw is missing, he is very underweight and is dealing with alopecia, inflamed skin and glaucoma in his left eye. He is currently being treated for all of these issues, but the eye might need to be removed if the treatment for glaucoma is unsuccessful. He will also need to be vaccinated and neutered.

A fundraising page was set up to cover Shipwreck’s medical expenses, which were estimated to be around £500 in excess. However, this tiny wreck’s SOS didn’t fall on deaf ears: the page has already raised twice the original goal. With the cost of treatment covered, it is hoped that Shipwreck can soon recover, and live a pain-free life in a loving forever home.

Image by the Gables Farm Dogs and Cats Home. 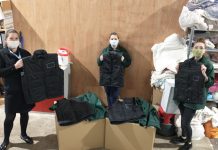 Charity for the homeless and their dogs receives £3,000 donation