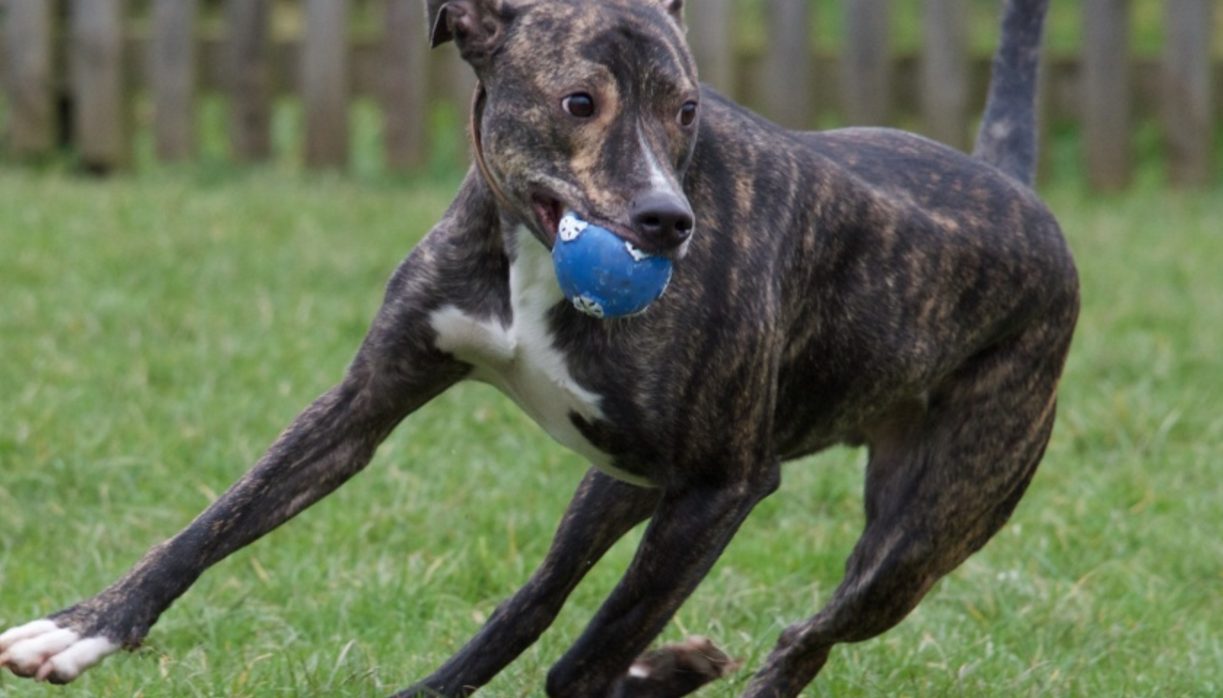 Alfie, a 18-month-old Staffie-Lurcher cross, has been waiting five months for his forever home at the Blue Cross Thirsk rehoming centre in Yorkshire – which makes him one of their longest term residents, and life on kennel is taking a toll on such an energetic dog.

Lyn Henderson, Animal Behaviour Coordinator, said, “I think he has been overlooked because he is a bull and lurcher mix, and there are thousands out there looking for homes. He’s a big, strong dog with speed and strength and some potential owners have found him to be too big. And because he takes a while to trust you, his character doesn’t win them over on a first meet.”

However, there is a perfect way to get to know this handsome boy without putting too much pressure on him: just kick a ball, and he’ll be flying after it. The staff at the rehoming centre is hoping that someone will give him a chance and become Alfie’s forever team mate.

“Although he is coping in kennels, he is really fed up. Alfie would love to find a home where it was just him and an owner. He loves a one-to-one relationship and would enjoy being the centre of someone’s world.

“He’s a shy guy and will need lots of gentle handling and some further basic training, but he will make a lively, playful and interactive pet once he gets to know you.”

If you’d like to become Alfie’s team mate, more information can be found here.