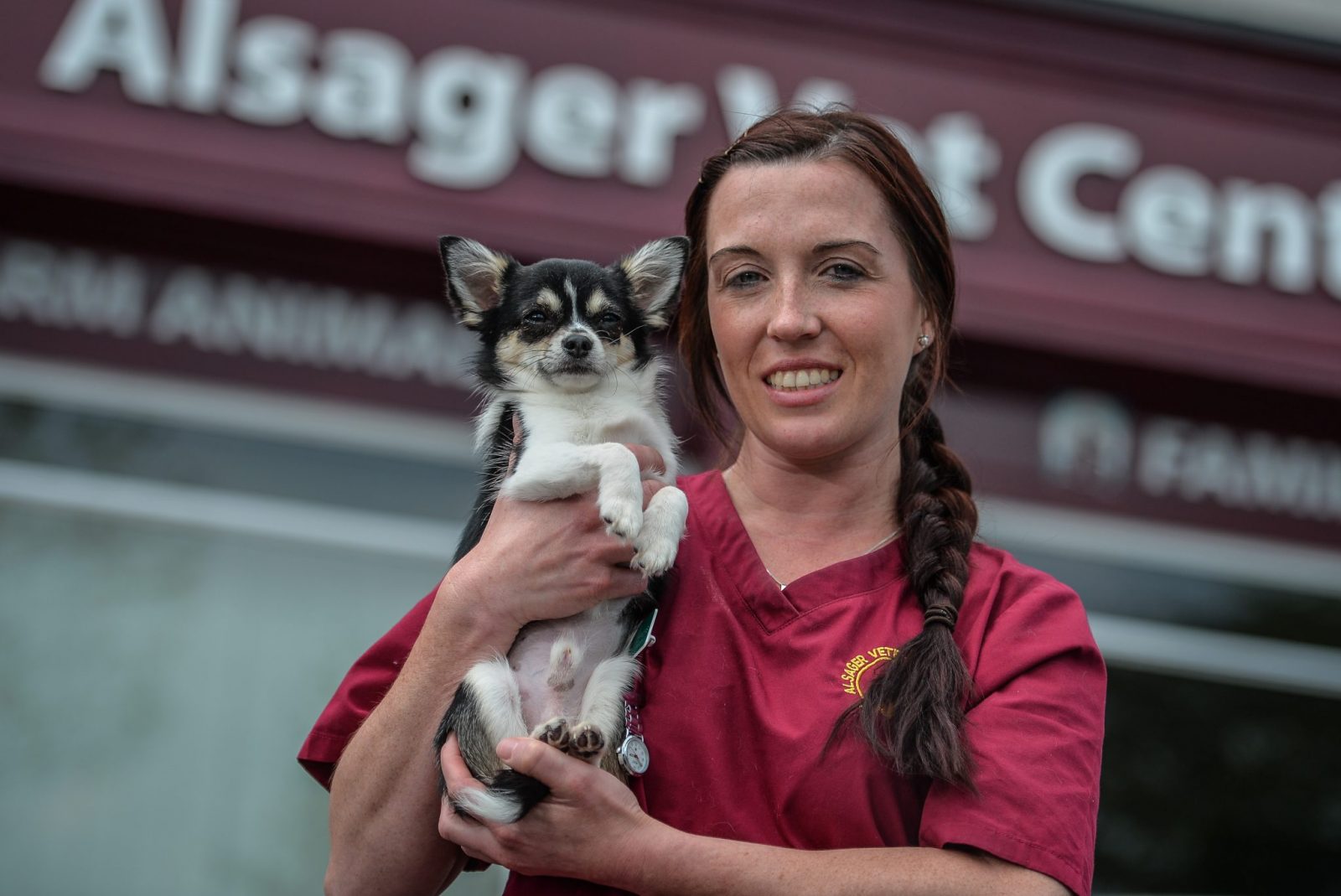 A Chihuahua puppy is recovering well after being successfully treated for meningitis, a rare condition in dogs that can either be fatal or leave them paralysed.

The seven-month old was rushed to see Head Vet Gillian White at Alsager Vet Centre, part of the independently owned Willows Veterinary Group. Luckily, Loui’s condition was spotted just in time and he is now back home with his owner Sharon Dejesus in Alsager, Cheshire.

The puppy had spent the day paying with his doggie mates but that evening Sharon and her two sons noticed their canine friend was not feeling himself.

Sharon, who credits Loui with helping her through her depression, explains, “He seemed very tired but I thought that he had probably just run himself ragged with the other dogs but when I got up the next morning, I just knew he wasn’t right. His body looked strange as though his back end had dropped. We rushed him to see Gill and found he had a very high temperature which they thought was down to some sort of major infection.

“I was beside myself with worry because he means so much to me and there were times over the coming days where we thought we were going to lose him and I don’t know what I would have done.”

Gill and her team carried out blood tests to discover that Loui was fighting a major infection. Despite aggressive treatment with fluids and intravenous antibiotics, Loui continued to deteriorate. Suspecting that meningitis might be the cause Gill carried out a procedure called a cisternal puncture to collect a sample of the cerebrospinal fluid (CSF) from the base of the skull.

Gill says, “Meningitis is quite a rare disease. I have seen only a handful of cases in the 12 years that I have been qualified. It is very serious because it can cause seizures, paralysis and is life threatening if it is not identified and treated as soon as possible.

“This very specialist procedure is not without risk itself because you are taking a sample of fluid from around the spine at the base of the skull but it was the way to determine for sure what we were dealing with and the sample came back as positive for GME – granulomatous meningoencephalitis.”

GME, a form of meningitis, is an inflammatory disease of the central nervous system which comes on quickly. Its cause is largely unknown.

Gill adds, “It’s a type of meningitis that can affect young dogs and particularly small breeds such as Chihuahuas and Yorkshire terriers. It can often be fatal because they have such a severe inflammation around the spine which is why it can result in paralysis and seizures.

“With the correct diagnosis in front of us, we were then able to start Loui on a high dose of steroids which is the main treatment and within 24 hours, he had made a dramatic improvement, and continued to get better day by day. It was a huge relief for all of us because my team here had become very attached to him and we were all rooting for him to get better. He stole the hearts of all the staff and we worked closely together to give him the very best care and attention.”

Sharon said, “I can’t thank Gill and her team enough for helping him pull through. He is still on medication now so we have to go back and visit the surgery and he is always made such a fuss of. The whole team has been brilliant.”