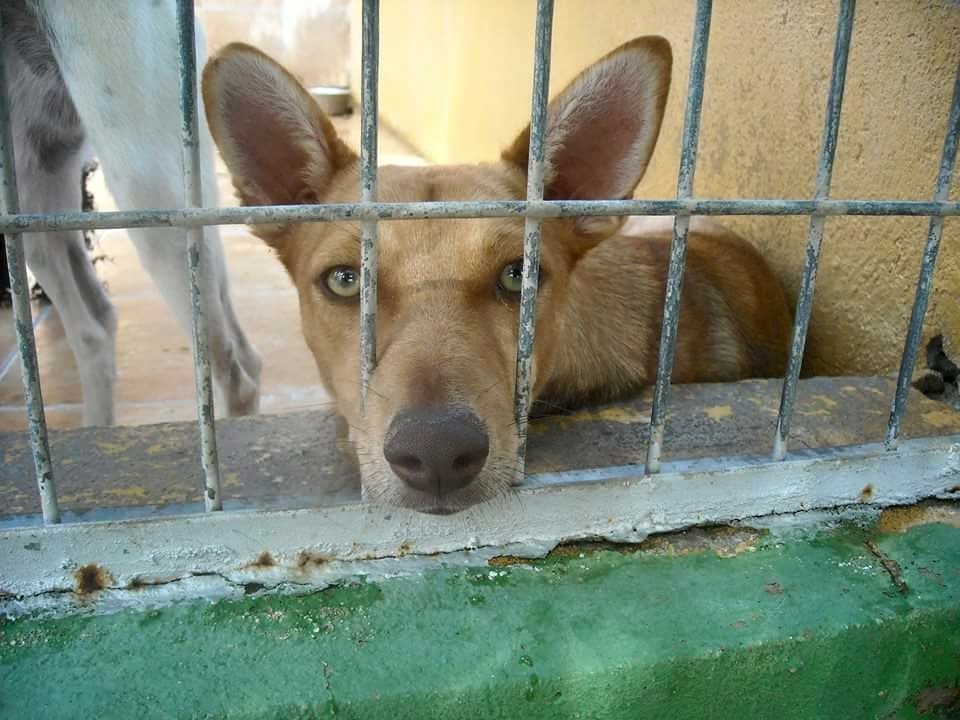 Despite being an old and relatively healthy breed, we rarely hear of the Podenco in the UK. Often used as hunting dogs in Spain, these dogs face a lot of ill-treatment, particularly when hunting season ends and they are abandoned. In May protests were held in London to raise awareness of the cruel cycle these dogs endure.

One lucky Podenco has found a new life in Scotland and his owner hopes telling his story will encourage others to help. After being turned away from UK rescue charities as they worked and studied full-time, Danial and his fiancée came across a woman who was rehoming a Podenco from Spain through her self-ran non-profit animal rescue – One Love Dog Rescue.

“We’d never heard of the breed before and decided to do some research and inquire with the woman, a quick online search and we were sold – the treatment and suffering of these dogs is something I couldn’t conceive was happening in a developed European country today, let alone on such a massive scale. Whilst many dogs suffer abuse in the UK and many need homes, I don’t feel the suffering is on a comparable level to what Galgos and Podencos go through in Spain. We knew we wanted to help.”

Daniel made contact with One Love Dog Rescue but the particular Podenco they had seen had already been rehomed. They were told of another called Leroy, on his way from a killing station in Malaga and would be in Scotland within a few days.

The couple were interviewed and once Leroy had arrived and had settled, they were allowed to visit. “When we arrived and saw his big beautiful eyes we instantly fell in love. Despite being incredibly weary and timid, he gingerly approached us and placed his head into my fiancée‘s palm and rested it there, staring at us. We had to have him.

“Leroy had been the longest resident dog in the killing station in Spain before he was saved by another rescue charity – Val’s Podenco rescue. Not much is known about his background but they think he was either captured by dog hunters as a stray or handed over by a hunter. Judging by some of the minor scars and that he is missing the tip of his right ear, his crazy prey drive and compulsion to chase birds and rabbits, and the fact he is incredibly social with other dogs, I think it may be the latter.”

Leroy, now called Floki, has been in his new home for a year and, according to Daniel, has really come out of his shell. “He loves to play tug of war and chase tennis balls, cuddle for hours, is an incessant kisser and can sleep like a champ. He is so trusting of humans despite what he’s gone through and won’t hesitate to give big kisses to any stranger who wants to pet him”

“After a year of blissful dog-induced happiness, I got to thinking about how the Podenco is still such an unknown and sadly neglected breed. I thought if i could share our success story with Floki to enough people, someone may be able to find enough room in their life to help one of these wonderful dogs – and at the very least – make people aware of the terrible suffering many thousands of these dogs endure.

“I’m amazed at how few people know about the breed, or their suffering. They are magnificent, hugely intelligent, trusting, independent and loving to a fault. Their aesthetic beauty and great genetic health is just a nice bonus.”

There are a number of organisations now working together to help improve the lives of Podencos. For more information go to Podenco Alliance and Podenco Support South West.