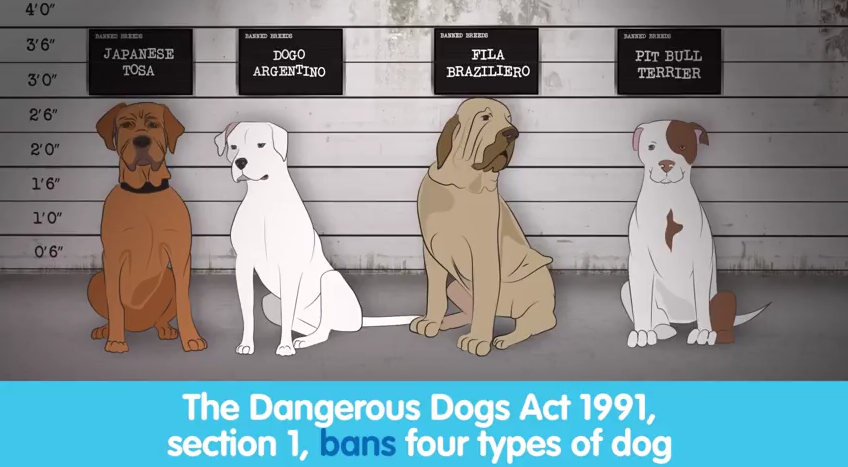 Animal welfare and rehoming charities are calling for a repeal of section 1 of the controversial 1991 Dangerous Dogs Act, which bans four types of dogs based purely on their looks rather than behaviour, on 25th anniversary of when the law was first enforced.

The Blue Cross charity has released an animated video demonstration how a dog can be seized and condemned on the basis of their measurements – not their DNA or their parents’ breeds. These measurements are based on an American breed standard for shows from the 1970s as no information has ever been issued by the UK government on how to identity three of the banned types – the Fila Brasiliero, Dog Argentino and Japanese Tosa.

Becky Thwaites, Blue Cross Head of Public Affairs, said, “Many dogs that are seized as illegal types are in fact well-behaved dogs with responsible owners, who just have the misfortune to have the wrong measurements. Nearly as many dogs – not banned breeds – were seized under section 3 of the Dangerous Dogs Act as under section 1 last year for being dangerously out of control, highlighting how important it is for government to change the legislative focus from what a dog looks like to dealing with irresponsible owners of any breed of dog to keep our communities safe.

“We need a piece of specific dog control legislation, enabling enforcers to step in and take action before dog attacks happen, as well as sufficient resources and training to allow them to do so.”

Figures showed 550 of the dogs seized under section 1 were returned to owners, but many would have been kept in kennels for the duration of a costly court case.