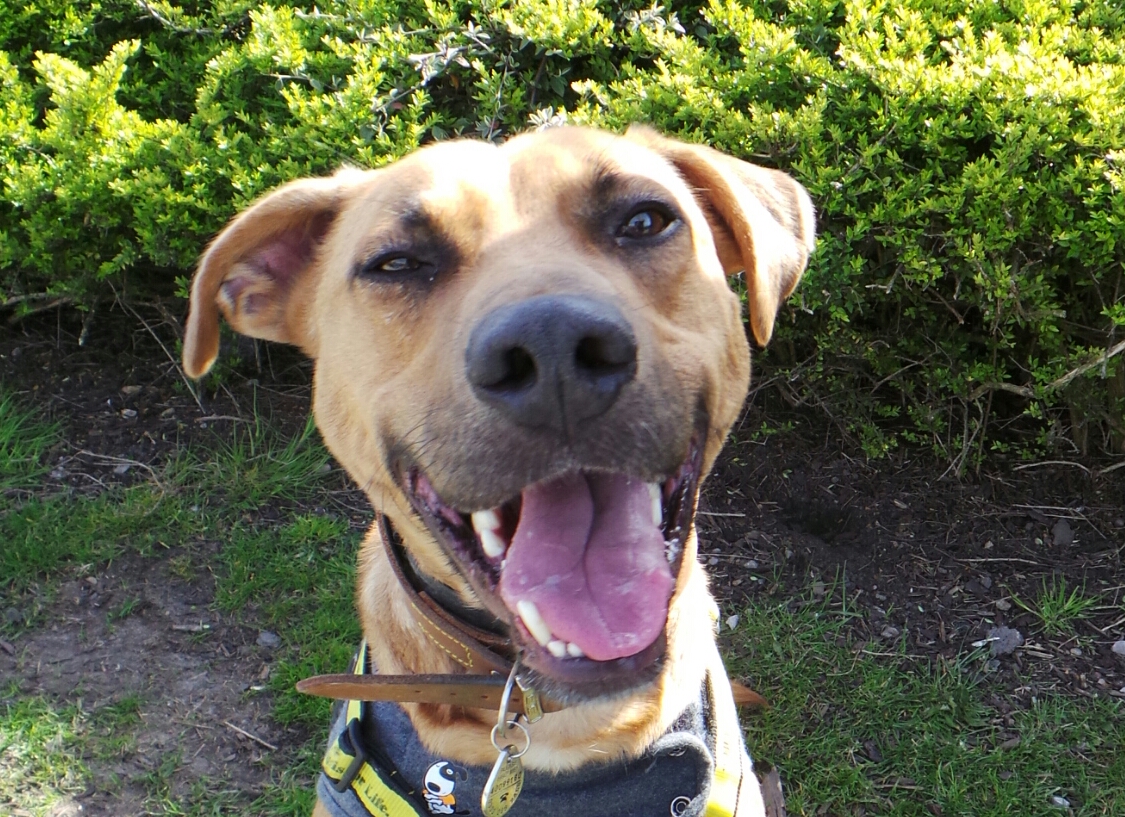 Sleep is very important if you’re going to be successful in the Olympics, but one homeless hound at Dogs Trust Manchester hasn’t quite got the hang of timing.

Once crossbreed Henson decides he’s been put through his paces enough with staff at the Denton Rehoming Centre, he takes himself off to his favourite spot for a snooze.

Canine Carer Fliss Lewis, one of Henson’s training partners, says, “He has definitely mastered the art of eating and sleeping but when it comes to his training, it’s a bit of a different story!

“It’s not that he doesn’t enjoy training, he’s really enthusiastic and we have a lot of fun but he likes to take a short nap mid-session which we’re pretty sure isn’t how our incredible Olympic Champions achieved their Gold medal success!”

In an attempt to inspire the bouncy four-year-old, who arrived at the centre last year after being found as a stray, the team have even watched some of the action from the Rio Olympics with Henson, but despite their best efforts he still insists on a short break between sessions.

Fliss adds, “We call him our golden boy as he learns new things really quickly, but we can’t break the routine of him having a short sleep. Perhaps he knows best as once he’s had a rest, he jumps up and is ready for another session! Maybe it’s a power nap!

“Finding a forever home would be the equivalent of winning Olympic Gold for Henson so despite his unique approach to training, we’re really hoping that he’ll find his special someone before the Olympic season is over.”

Henson is a boisterous boy so he would prefer an adult only home and needs to be the only pet in the home as he’d prefer not to share the limelight. He would also like a secure garden so he can run around and burn off some of his energy.