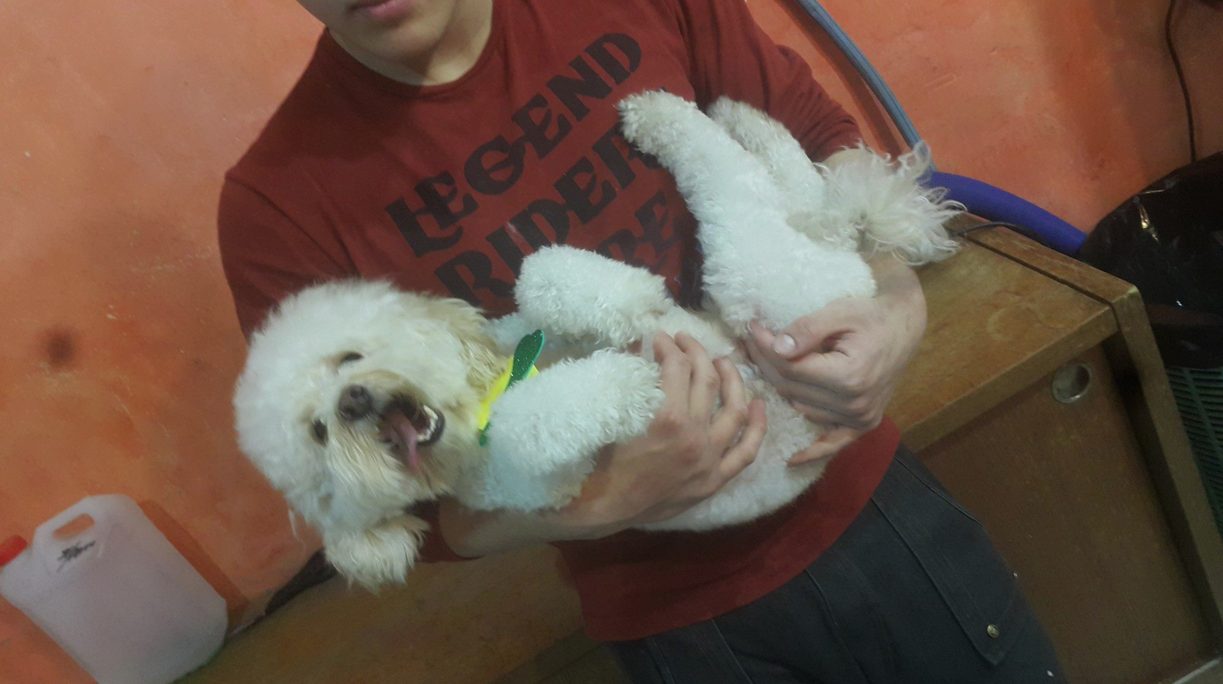 An Argentinian groomer has become a sensation after his wife caught him on camera while dancing and washing a pup at the same time.

Luis Antonio Caballero, 58, is the owner of a pet grooming saloon in Buenos Aires,  Perrito Feliz – meaning ‘Happy Pup’. He loves dogs – when not grooming them he is often out in the streets to rescue as many as he can – and, apparently, music as well. His wife Gabriela caught him dancing along with the pup he was washing on the notes The B-52’s hit “Love Shack”, and took out her phone to record the scene without Luis noticing.

The post has since gone viral, and the family was amazed by the attention. If you’ve enjoyed watching Luis dancing, you might consider helping him support the stray dogs that roam the streets of Buenos Aires.