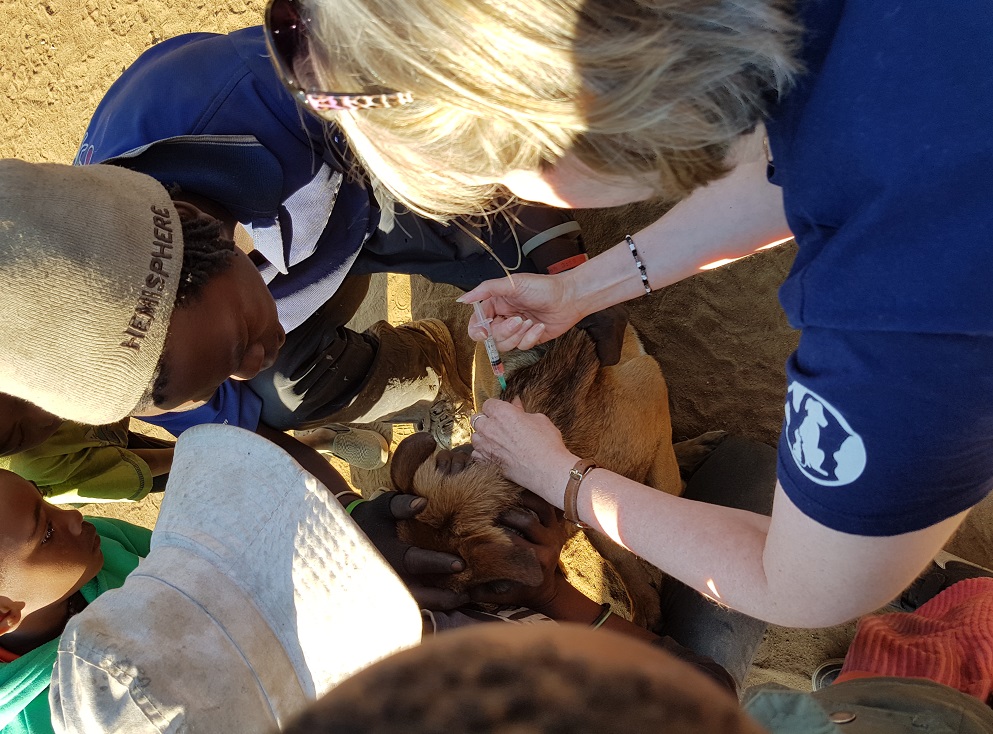 Today (September 28) marks the 10th World Rabies Day, a milestone in rabies prevention, raising awareness for a disease which affects dogs and humans in 120 countries. Organisations and charities across the world are talking about how they plan to tackle canine rabies and make this horrific disease a thing of the past.

Vaccinating at least 70% of a dog population is believed to be sufficient in the elimination of canine rabies, and this, combined with education programmes on rabies control and prevention, can provide a more effective and less expensive solution to eradicating the disease.

British Veterinary Association (BVA) has announced that it is joining the global End Rabies Now campaign that aims to end the tens of thousands of human deaths each year from canine-mediated rabies by 2030. BVA has also recognised vet Professor Sarah Cleaveland OBE for her work in rabies control by awarding her the Chiron Award, one of the Association’s most prestigious awards for outstanding contributions to veterinary science.

Sarah said, “Awards like this are recognition of the contributions not only of one person, but the work of many. We are deeply committed to continuing our efforts towards the global elimination of canine rabies and tackling other zoonotic diseases that affect the health and livelihoods of many of the poorest people in the world.”

The End Rabies Now campaign aims to significantly raise the profile of rabies, explaining what is being done to control and eliminate the disease. The campaign is led by Global Alliance for Rabies Control (GARC), and has three key messages:
· It is possible to end human deaths from canine-mediated rabies by 2030
· Every rabies death is an avoidable death
· Vaccinating dogs ends rabies

BVA President Gudrun Ravetz said, “The work being done worldwide by vets, human health professionals and others to combat this horrific disease that senselessly kills thousands each year is of the utmost importance and BVA is proud to support the End Rabies Now campaign and help get those key messages out to policy makers and governments worldwide – every rabies death is entirely preventable and we can end rabies by 2030 through vaccinating dogs.”

Mayhew International have have been working to address the issues around free-roaming dog populations for more than 15 years; promoting animal welfare and the humane management of cats and dogs through vet-training programmes and a network of community animal care initiative in Afghanistan, Russia, Georgia, and India. 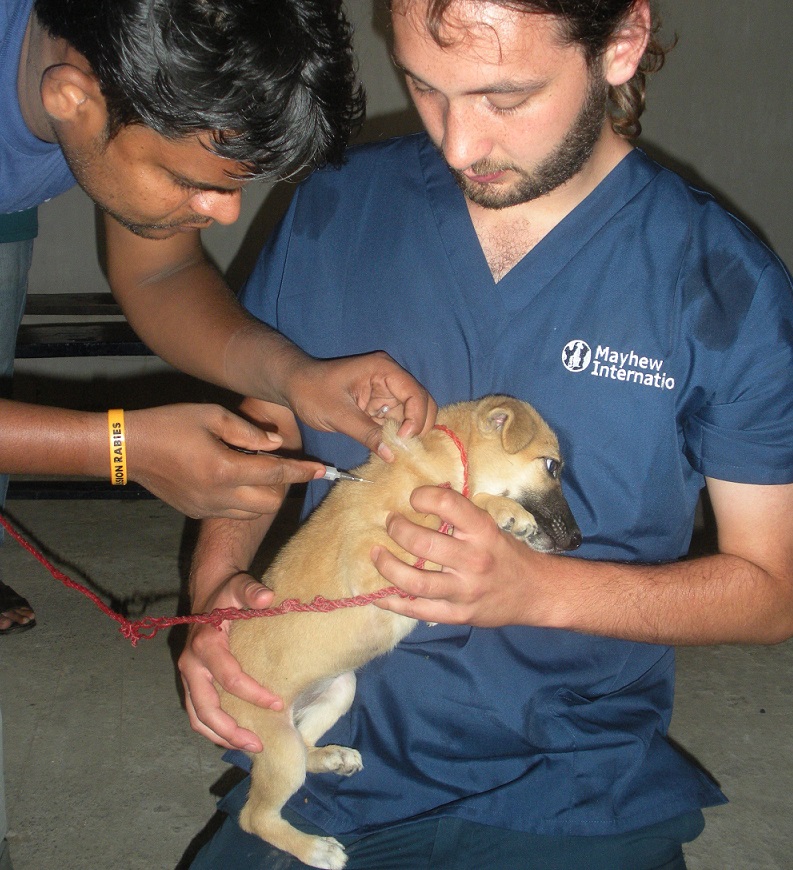 In Ranchi, India, Mayhew International have been working with HOPE & Animal Trust in Ranchi, and have funded their neutering and rabies vaccination since 2008. In April they neutered 50,000 street dogs and they have also funded an Education Officer for HOPE who goes out to communities and schools to educate children and adults on compassion towards animals, rabies prevention and the benefits of neutering. Mission Rabies is working to vaccinate dogs against rabies, and Mayhew have helped to fund and deliver this project in Ranchi over the last three years, culminating in no recorded rabies cases in dogs for the last two years.

Mayhew International vets have also been conducting training for other vets in Georgia and Russia, including the Agrarian University Clinic in Tbilisi, Georgia, on-site vets at the Tbilisi Municipal Dog Shelter, and vets from several charitable groups in and around Moscow.

Caroline Yates, Chief Executive Officer, The Mayhew Animal Home, said, “We believe that education is key in relieving the needless suffering of animals overseas, and that’s why we help fund and implement various vet training and animal welfare projects across the world.

“Culling of dogs does not eliminate rabies or help to reduce the roaming dog population in the long term. Combining vaccination and population management control with education and training is more humane and effective, which is what Mayhew International is trying to achieve.”

In Afghanistan, Mayhew International completed the first ever Dog Population Survey in Kabul, in February last year, laying the groundwork for a large scale rabies vaccination project. Afghanistan Project Manager, Dr Mohammadzai DVM, presented the survey results and findings to the Ministry of Agriculture and representatives of World Health Organization, amongst others, who have now formed a Rabies Action Committee which includes Mayhew International. The Mayhew is now working to implement a mass dog vaccination programme and education programmes for Kabul residents.

For more information go to Mayhew International and Mission Rabies.