Daisy, a three-year-old King Charles spaniel, endured four months of horrific abuse at the hands of her owner’s then-partner, Mark Sharp, 34, from Liverpool. From August 2015 until January this year, Daisy sustained numerous injuries due to beatings that resulted in nine broken ribs and a fractured pelvis . 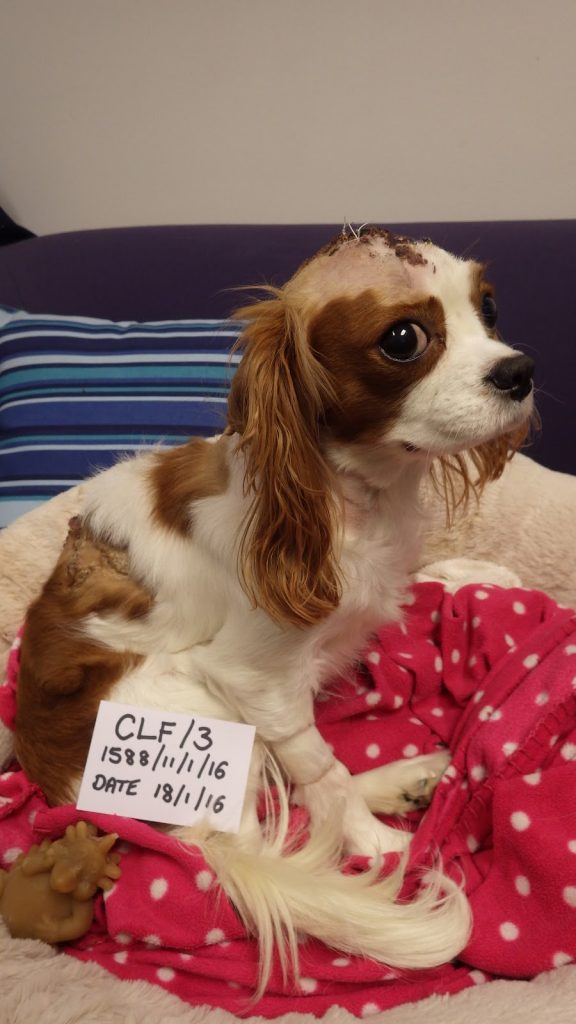 Daisy’s owner was unaware of the abuse that went on behind her back, believing the visible injuries to be the results of accidents. In January, however, Sharp pushed his luck too far: he poured boiling water over Daisy, which caused severe burns all over her back and head.  When her owner rushed her to the vet, she was horrified to discover the extent of the injuries sustained by her dog.

RSPCA inspector Claire Fisher said, “Her owner, who is no longer with Sharp, was absolutely horrified when she learnt of the full extent of the horrors inflicted on her beloved dog. This prolonged period of cruelty appalled me, especially when I learned of the extent of poor Daisy’s injuries, broken pelvic bones, broken ribs and third degree burns, all sustained over a period of four months.”

Sharpe pled guilty to causing unnecessary suffering to Daisy, and was sentenced to 16 weeks in prison at Liverpool Magistrates’ Court. He was also banned from keeping animals for the next 15 years.

“Since Daisy was subjected to this vile behaviour, it is a miracle she is still so trusting of people,” Claire said. “People can rest assured that Daisy remains in the most loving home and has always had every need, and more, met by her owner.”