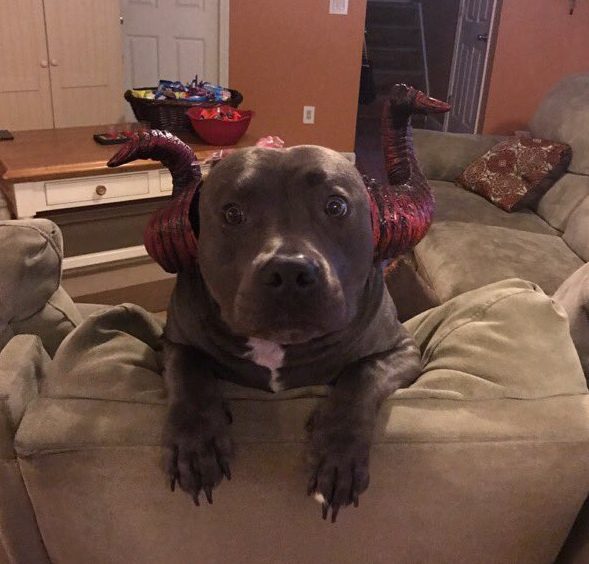 Children – and more than a few adults – weren’t the only ones to be excited as Halloween night approached: in the States, a lovely Pit Bull donned his devil horns, ready to greet trick-or-treaters with a wagging tail.

Sadly, his breed’s undeserved reputation (plus perhaps the devil horns) made getting cuddles more difficult than expected: children knocking the door for sweets were too scared to pet him, leading to one heartbreaking tweet.

However, dog lovers were having none of that: as the tweet went viral, reactions began pouring in, especially from fellow Pit Bull owners.

Soon enough, people began asking for an address to send him treats and toys, to the amazement of the owner, who went on to thank everybody by posting a few images of happier moments…

… And eventually shared a happy update.

At this point there’s no telling how many treats and toys are on their way to him, but it’s probably going to be a sizeable bounty. The perfect way to trick-or-treat: make a sad face, and have all the treats sent to you without having to leave the house!