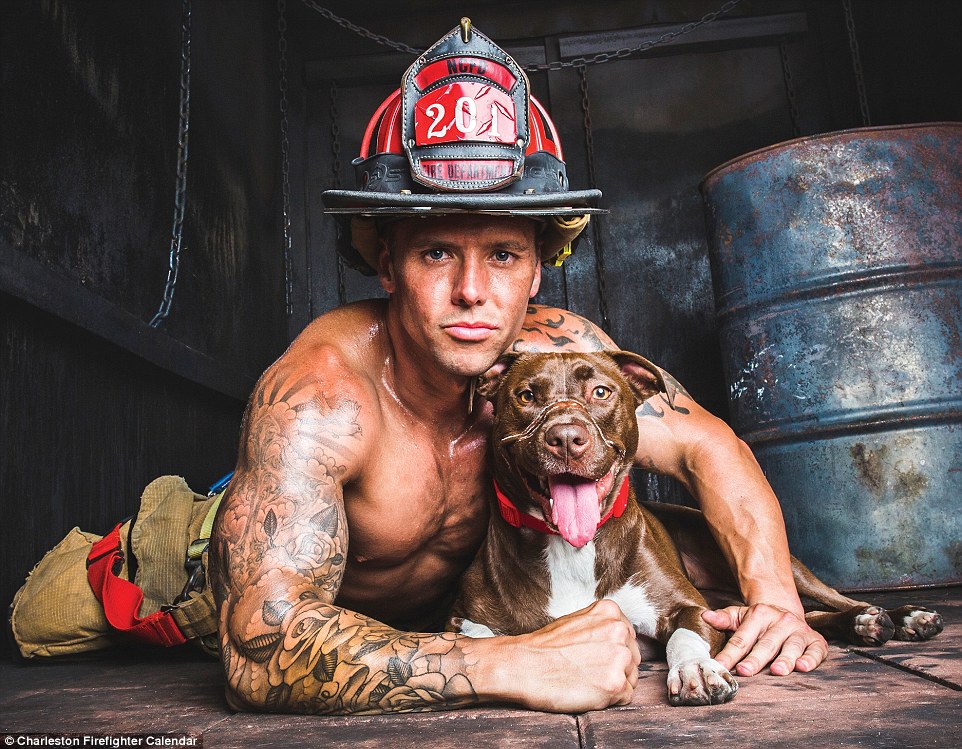 When she was found wandering in North Charleston, South Carolina, in May last year, Staffie mix Caitlyn was in a terrible way. She had been sold by her owners for just ten dollars to a complete stranger – who had proceeded to tape her muzzle shut with electrical tape and then leave her to her fate.

Caitlyn suffered serious injures due to the lack of blood flow: by the time rescuers from the Charleston Animal Society freed her, her tongue was almost entirely black and her lips and cheeks were badly damaged. There were doubts on whether she’d ever recover the use of her tongue, the loss of which would likely result with her putting her to sleep to spare her further suffering.

A year and a half on, Caitlyn is nothing short of a walking miracle. A combination of TLC, cold laser therapy and surgery gave her a second chance at life. While she will always bear the signs of the horrific abuse she suffered, she’s now a healthy, happy dog – and a calendar girl to boot. Along with other 14 rescues, Caitlyn posed with firefighters for the Charleston Animal Society’s 2017 Firefighter Calendar, which can be purchased online for $20 (roughly £16).

The money raised will go to ‘Toby’s Fund,’ Charleston Animal Society’s medical fund – the same that saved Caitlyn’s life. For an extra $5 (about £4) you can buy a copy ‘signed’ by Caitlyn herself.