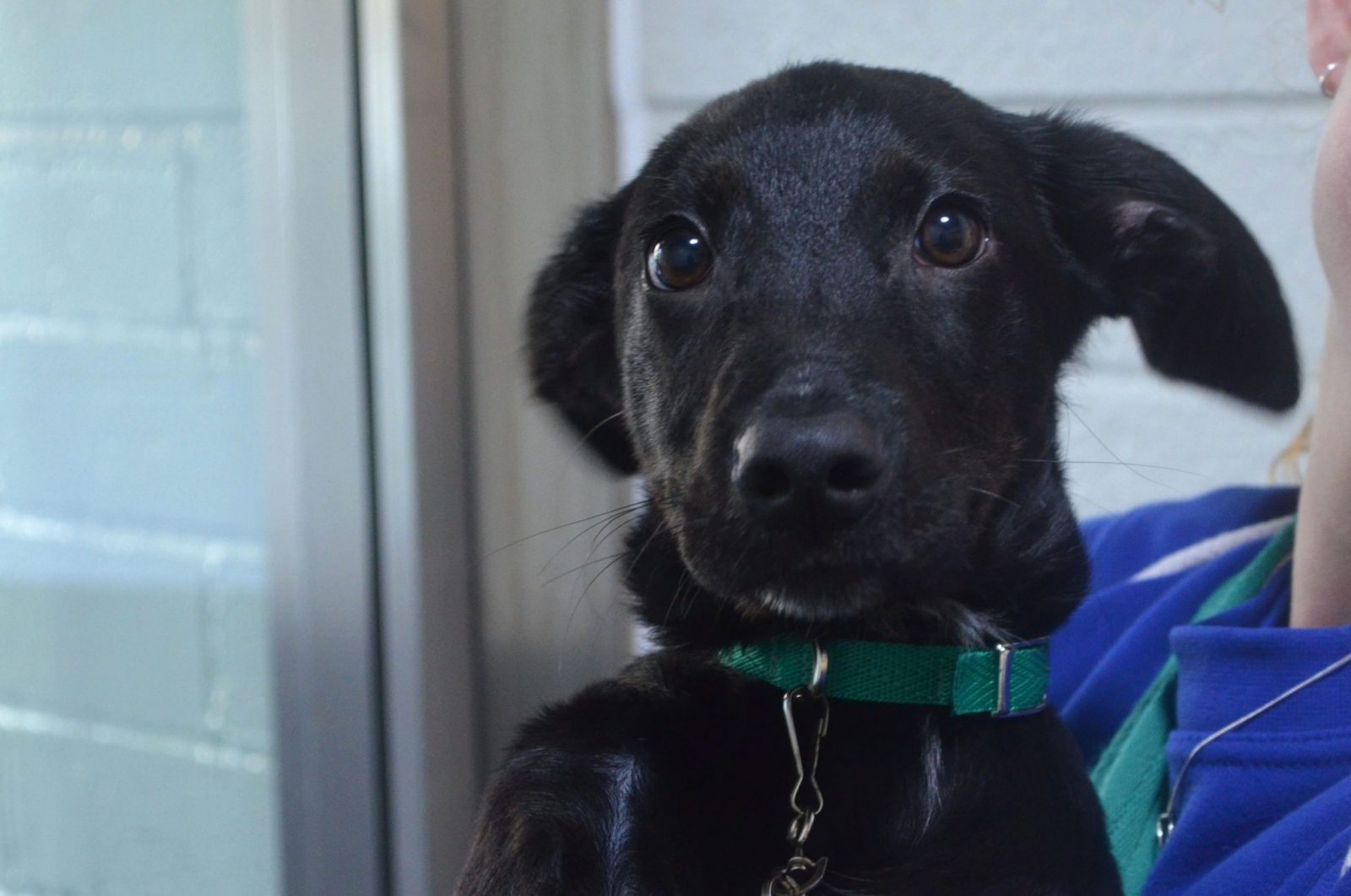 With Guy Fawkes weekend behind us, Battersea Dogs & Cats Home has had a particularly busy time after seven lost dogs were brought into the charity’s London centre.

It’s not unusual for Battersea to see one or two strays come through their doors over a weekend, but the charity puts the spike down to dogs running away from home after being frightened by fireworks.

Unfortunately, despite microchipping being compulsory since April, only one of the dogs was microchipped so the others are still waiting to be reunited with their owners.

They include an eight-year-old Yorkshire Terrier that Battersea staff have named Oscar, who was brought into the Home by a member of the public on Saturday night.

A five-month-old Lurcher puppy, now named Bob (pictured), and a four-year-old Staffordshire Bull Terrier named Rusty are also looking for their owners, after they were found and brought into the Home as strays on Sunday afternoon.

They were closely followed by a five-month-old Pug puppy named Pip, who was found wandering the streets of London with no identity tag or microchip.

Battersea Dogs & Cats Home Centre Manager Rob Young said, “It’s not unusual for us to see an influx in strays coming in on Bonfire Night weekend as the loud noises and lights can frighten animals so badly they run away. Sadly, Oscar, Bob, Pip and Rusty are not microchipped so it’s been impossible for Battersea to track down their owners. We’re hoping their families will get in touch soon.

“Their stories highlight how important it is to ensure your dog is microchipped. In April this year laws were introduced to make microchipping dogs compulsory. Despite this, one in four of the dogs who come into Battersea still do not have a microchip. Many others come in with their chip details out of date, which can make it very difficult to track down their owners. We’d encourage pet owners to make sure their dogs are microchipped as soon as possible, as there are more fireworks coming up with New Year’s Eve approaching.”

Battersea offers free microchipping at its three centres in London, Kent and Berkshire, as well as at local community events. You can find out more about how to microchip your dog on Battersea’s website.