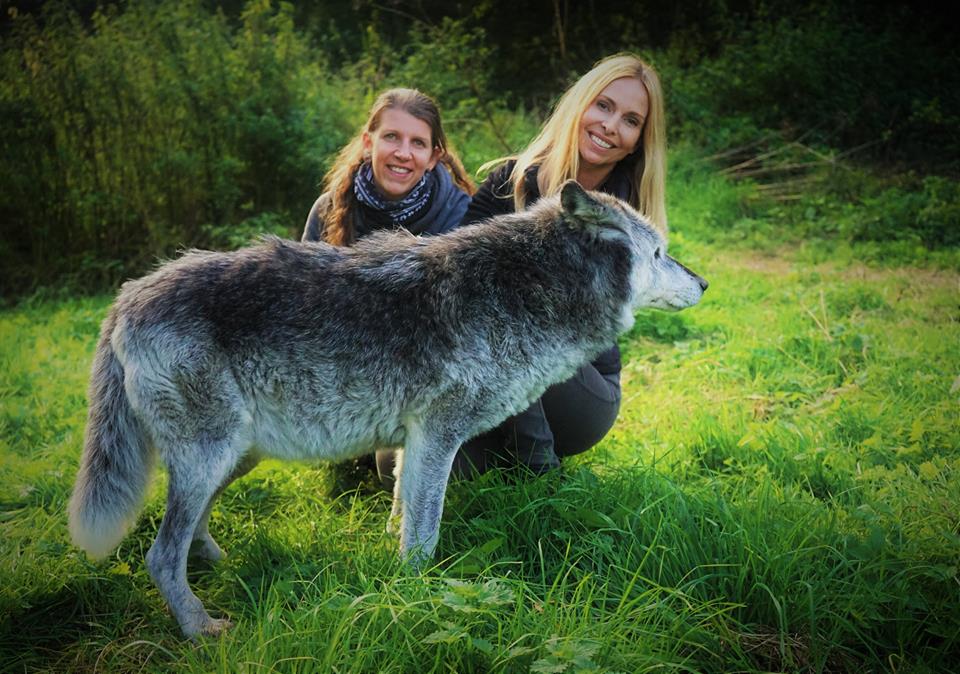 Zoopharmacognosy is a behaviour in which animals self-medicate by selecting and ingesting or topically applying substances to prevent or reduce the harmful effects of pathogen and toxins. Often seen with dogs, for example, when they eat grass to ease a stomach upset, researchers believe a similar method could help wolves as well.

This behaviour has already been seen in the wild with chimpanzees selecting bitter leaves for chewing to treat a parasitic infection and African elephants apparently trying to induce birth by chewing on the leaves of a particular tree from the family Boraginaceae.

Applied Zoopharmacognosy is a method where people offer a choice of oils, and dried plants to an animal for self selection and allow the animal to utilise as needed; via inhalation, ingestion or topically.

Broadcaster and producer Anneka Svenska from Anneka’s Green World, met with Dr Isla Fishburn of Kachina Canine Communication who has been practising this method on dogs and has begun trying it on wolves at WolfWatchUK, in Shropshire. In the video, Isla demonstrates the treatment on an 18 year old wolf called Madadh, who had been suffering with cancer for the last 18 months. Being 18 years, WolfWatchUK founder Tony Haighway has decided to allow the cancer to take its course, as its far more stressful for any invasive surgery at this point, but this didn’t mean that Zoopharmacognosy was out of the question.

Isla begins by showing Madadh bitter almond oil, which she immediately licks and begins to rub against. She then tries several other oils including bergamot, garlic, lemon and spearmint which get a similar response.

Isla explained, “There’s this great wondrous observation that happened in the wild that has shown us that animals in nature have the ability to seek out resources from nature when they’re actually not feeling very well… They might have a bacterial infection, they might be in pain, they might have a stomach upset and so they will go actively to seek and forage for these remedies that can support their health.”

In response to Madadh’s treatment, Tony said, “She was diagnosed with cancer probably 18 months ago and over that period of time since there’s been a gradual deterioration in her response to me… I can’t say that any of the two tumours that are evident have shrunk or are any different but what I can say is there has been a return in happiness and the quality of life has improved.”