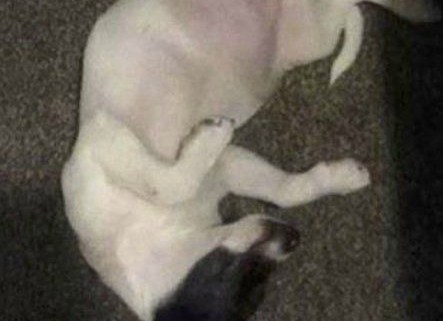 Three Ohio residents accused of giving alcoholic drinks to a puppy have been charged with animal cruelty.

Police were called after one of the defendants posted a photo to Facebook of a ‘passed-out’ three-month-old puppy who was allegedly intentionally given vodka and Kahula. The three adults involved were all from Ashtabula.

The Star-Beacon reported that Jennifer Schwab, 36; Tanna J. Howser, 32, and Farrell Weger, 39, were charged with cruelty to companion animals, according to police reports. The dog has now been removed from the home and is now in the custody of the local Animal Protective League.

It’s important to keep harmful food and drink away from curious dogs, especially as Christmas approaches and a higher volume of alcohol is consumer in the home. Last year, the Veterinary Poisons Information Service reported that 20% of cases involved an Irish whiskey and cream based liqueur, which can be particularly enticing to dogs. Alcohol has the potential to cause severe side affects such as vomiting, depression, ataxia, disorientation, vocalisation, drowsiness and coma, and can even be fatal. If you believe your dog has drank alcohol then contact your vet immediately.