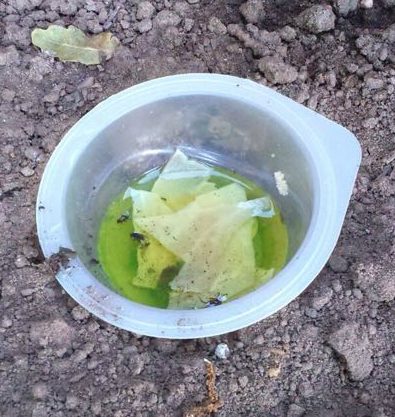 Edmund Dickens, 78, of Hopkins Heath, Telford, pled guilty to causing unnecessary suffering to Tyson – a Westie who died after eating poisoned ham Dickens had placed in his front garden.

The ham, poisoned with antifreeze, was placed in a yogurt pot on the ground before Dickens left for a vacation. While the defendant explained he had mean to get rid of rats, he breached section eight of the Protection of Animals Act by leaving the poison in a place accessible to animals – knowing it would cause unnecessary suffering to any animal unfortunate enough to eat it.

The unlucky one was Tyson, who lived across the road and died after days of suffering.

RSPCA inspector Kate Parker said, “Tyson suffered immensely in the last few days of his life. It took him four days to die, during which he would have numerous fits, one of which lasted three hours. This was incredibly difficult for his owners, who were left devastated.

“Dogs are curious animals and are naturally drawn to food on the floor, so it is no surprise that Tyson was attracted to this piece of ham. Sadly, antifreeze can cause so much suffering to the animal who ingested it. It is so important that we get the message out there that antifreeze is a very toxic substance which will cause terrible suffering.”

As well as the disqualification order, magistrates ordered Dickens to pay costs of £950.

While this sad case was due to carelessness, there is still no telling whether the deaths of several cats living in the same area in Melton Mowbray, Leicestershire, is an accident as well or the result of deliberate cruelty. Five cats,who lived on or near Victor Avenue, died in the past two weeks due to antifreeze poisoning. The most recent case was that of  seven-month-old Meereen, who died on Monday 12 December

“Meereen came home on Friday evening and curled up on the sofa next to me,” said owner Adria Pearce. “She seemed to be shivering a little but I didn’t think anything was out of the ordinary until the next morning, when I couldn’t find her. I was out in the street shouting her name. We found her behind the sofa, where she was foaming from the mouth and trying to be sick.

“I knew something was desperately wrong so I took her straight to the vets, where tests confirmed that she had ingested antifreeze. We’d hoped she’d be able to be saved but sadly she passed away three days later.”

RSPCA inspector Andy Bostock, who is investigating, said, “We are very concerned that five cats in the same area have died from antifreeze poisoning. At the moment we would advise everyone in the area to keep an eye on their cats’ well-being and if they are showing symptoms of poisoning get them veterinary treatment immediately.

“At this stage we do not know if these were accidental incidents or deliberate but we would ask for everyone in the area to check where they keep their pesticides and chemicals including antifreeze and make sure it is secure and out of the way of cats.

“It is the time of year where people use antifreeze in their cars, so if you do, please make sure that there are no leaks and any spills are cleaned up properly.”

Anyone who has information on the incident should contact the RSPCA’s appeal line on 0300 123 8018.