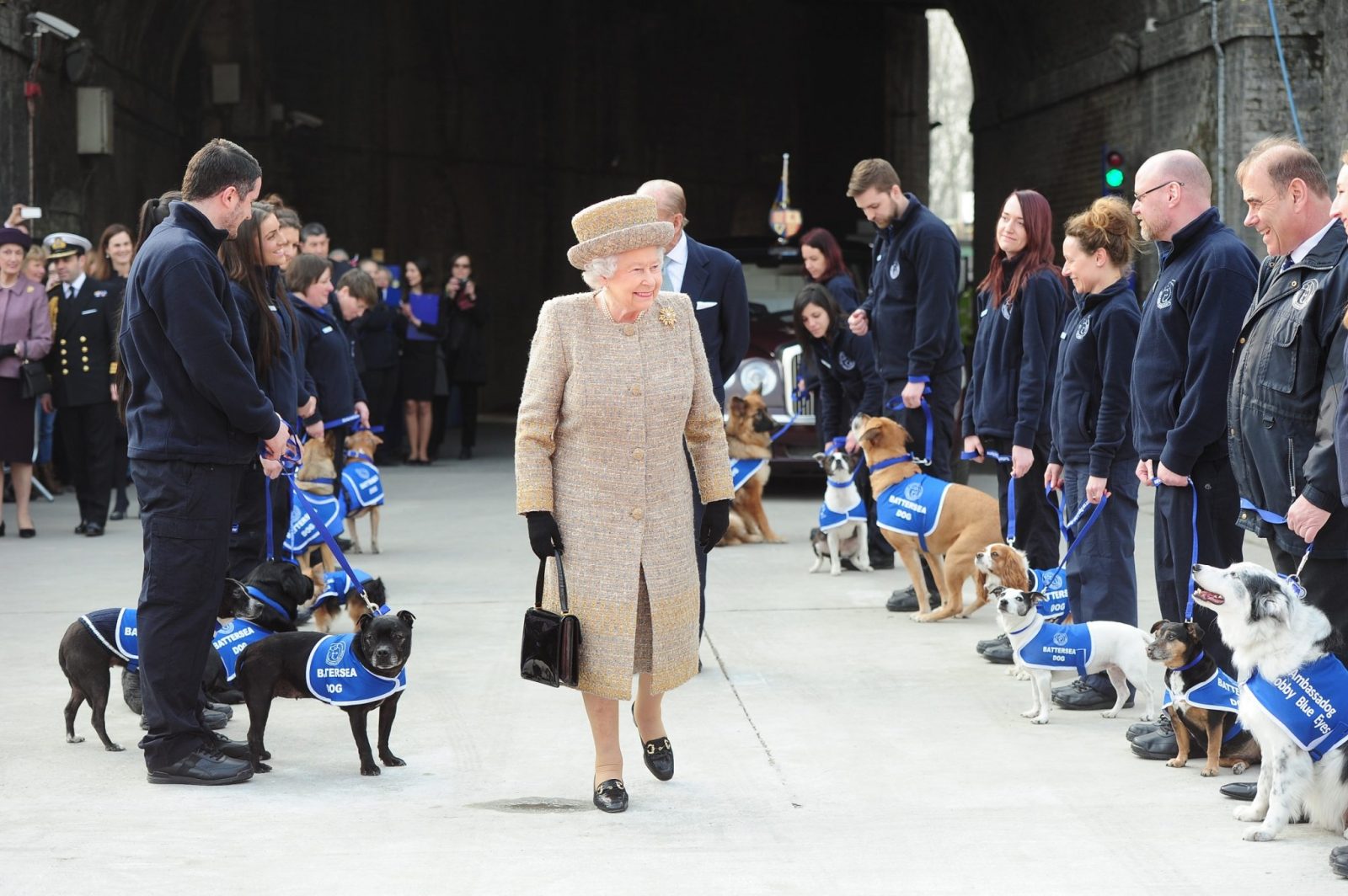 After today’s announcement that Her Majesty will be stepping down from a number of national organisations, including Battersea, the Home released a statement to express their gratitude for her 60 years of support.

The Queen, who has been Patron of Battersea since 1956, visited the charity’s Old Windsor centre in April 1986, and the South London one on two occasions – the last in March 2015, accompanied by Battersea’s President, HRH Prince Michael of Kent.

Claire Horton, Battersea Chief Executive says, “The Royal Family has been closely connected with Battersea for well over a century, and we feel immensely honoured to have had The Queen’s patronage for so many years. As a life-long dog lover, and supporter of so many charities, The Queen has a very special place in the hearts of all our staff and volunteers, many of whom have been lucky enough to have met Her Majesty on one of her visits to our centres.

“We know that Her Majesty takes a keen and active interest in every cause she supports, and we feel so very fortunate to have had such a lasting, treasured relationship with our much loved and respected Monarch. Thank you from all our dogs and cats, Ma’am, you’ve helped ensure our vital work and our contribution to society is fully recognised on the world stage.”

Battersea has been close to the Royal Family’s heart since 1885, when Queen Victoria became its first Royal Patron after pledging to donate £10 a year to the Home.