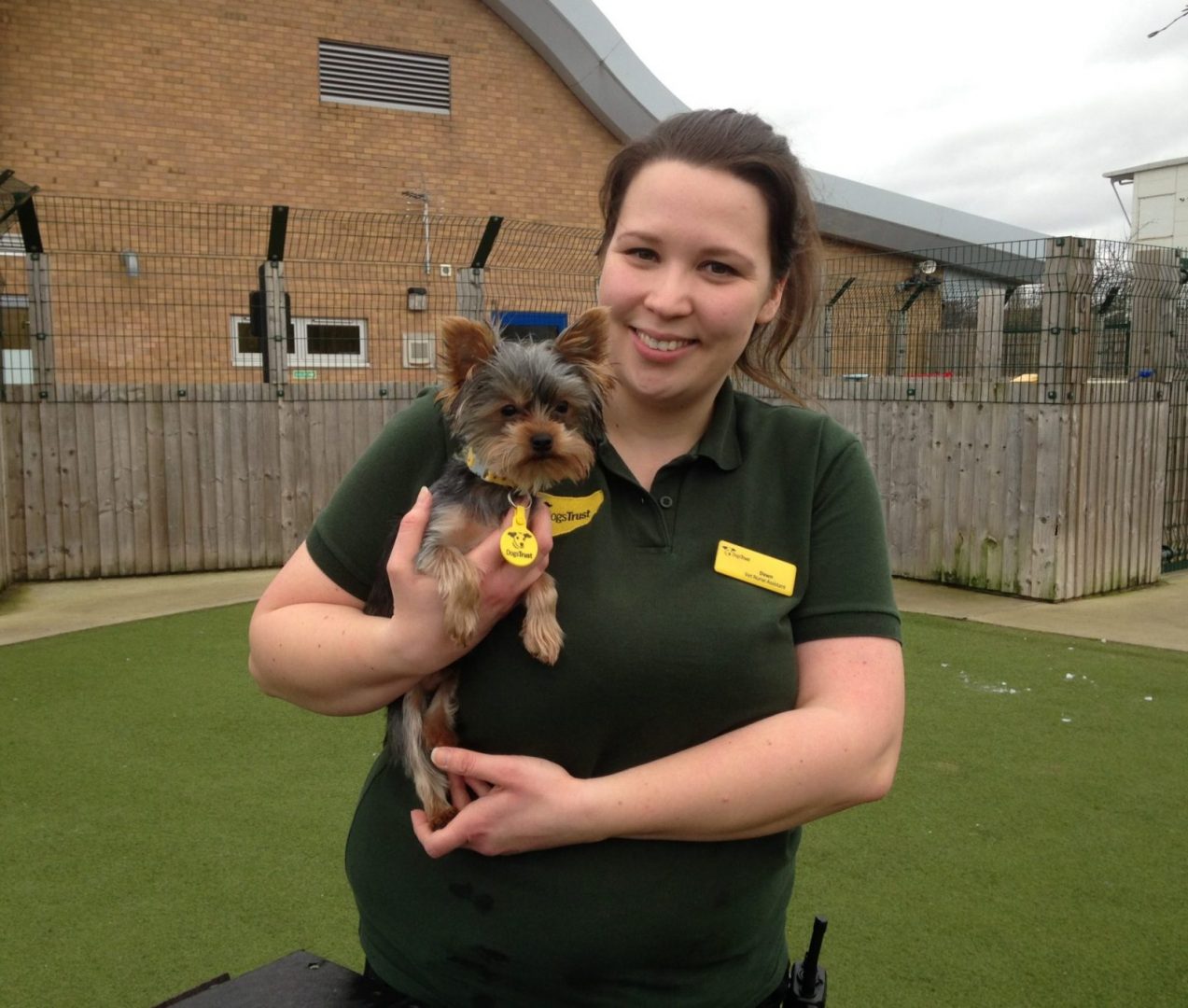 An illegally smuggled pup has not only become Dogs Trust Manchester’s first rehome of 2017, but he is also the 2017th dog to be rehomed by the centre since it opened in October 2014.

Simon, a four-month-old Yorkshire Terrier, arrived at the Denton based Rehoming Centre just before Christmas but will be spending the new year in his new home.  He had been bred in Poland and illegally transported almost 1,000 miles before being intercepted in Kent and taken into quarantine.

Carol Margieson, Deputy Manager at Dogs Trust Manchester, said, “It is definitely the case of new year, new start for this little one.

“As a dog lover it is very hard to understand how anyone can take part in the illegal trade of puppies and see dogs simply as commodities from which to make money. These puppies don’t have appropriate vaccinations, are transported in horrendous conditions, have false documents and have been taken away from their mums far too soon.

“Thankfully, despite being tiny Simon has proved he has a huge zest for life and it’s wonderful that he’s heading off to a kind, loving home.”

Deborah Harmer and Les Lewis from Watersheddings, Oldham, fell in love with Simon after meeting him at the Rehoming Centre.

Deborah says, “We read the information about him and he seemed such a little character, which he definitely is! We wanted a small dog and when we met him we knew we were a perfect match for each other!

“He has had a tough start but he is a bundle of fun and really inquisitive! We’ve bought him a gorgeous comfy bed and blanket, lots of toys and treats and things to keep him occupied as well as an extra, extra small coat!”

Carol adds, “Since opening we have had incredible support from the public and the fact that we have started 2017 by rehoming our 2017th dog is wonderful.