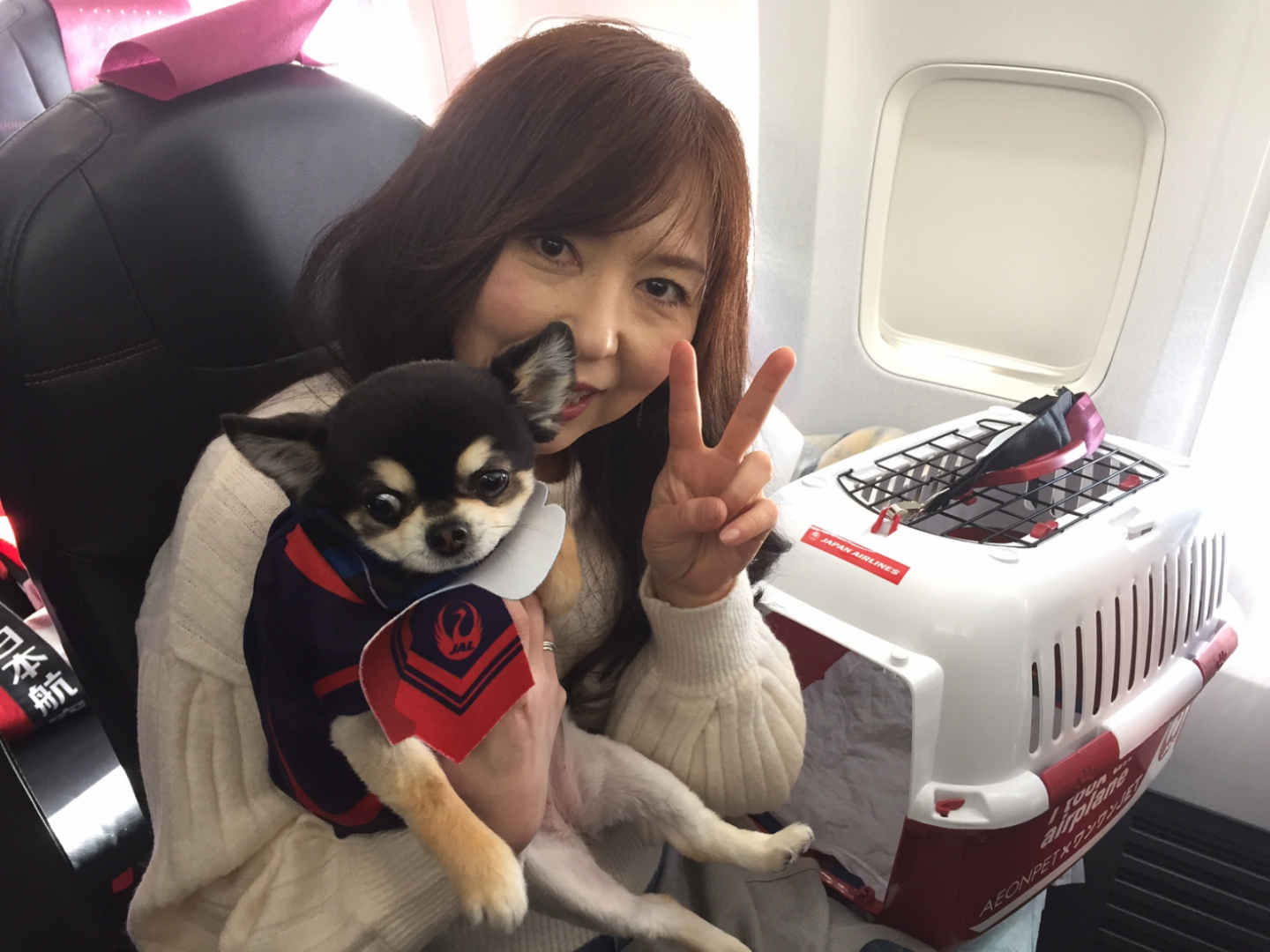 Dogs in Japan have been treated to a possible once-in-a-lifetime experience when Japan Airlines launched it’s first local charter flight allowing dogs into the main cabin.

The domestic flight – called ‘wan wan jet’ – departed from Narita airport, near Tokyo, on 27 January and travelled to Kagoshima Prefecture, southwestern Japan, as part of a three-day package tour. Tickets for the two-hour journey sold out in one hour despite their ¥150,000 (£1,048) price tag, and included accommodation and car rental.

Sixty people and 30 dogs boarded the flight, along with two vets. Dogs had to be within 10kg of weight and had to be able to stay in a W38cm x D57cm x H38cm sized pet kennel provided by the airline. Brachycephalic breeds, such as Bulldogs and French Bulldogs, were not permitted on the tour due to their susceptibility to suffering health issues during flights. A valid vaccination certificate was required in advance and additional crate training could be provided free before departure if required.

Regarding the safety of the dogs and passengers on board, some restrictions were in place and passengers were provided with information on the airline’s website (Japanese). A spokesperson for the airline commented, “In principle dogs stayed in the pet kennel provided by JAL during the whole air journey, the pet kennel was located in the seat next to their family members. Passengers can keep their dogs on their laps for a while and take photos but not at all times.”

Last May, All Nippon Airways trialled a similar charter tour that took 87 passengers and 44 dogs from Narita airport to Kushiro, Hokkaido. The package cost ¥220,000 (£1,539) for two adults and a dog but tickets sold out in just two days, proving demand is high for these flights.

But at present, their does not seem to be any future plans for more flights by Japan Airlines or other airlines. The spokesperson added, “At this current stage Japan Airlines (JAL) doesn’t plan to have more of these flights in future. This was a domestic charter flight for a local package tour. The airline has no plan to work on international flights.”