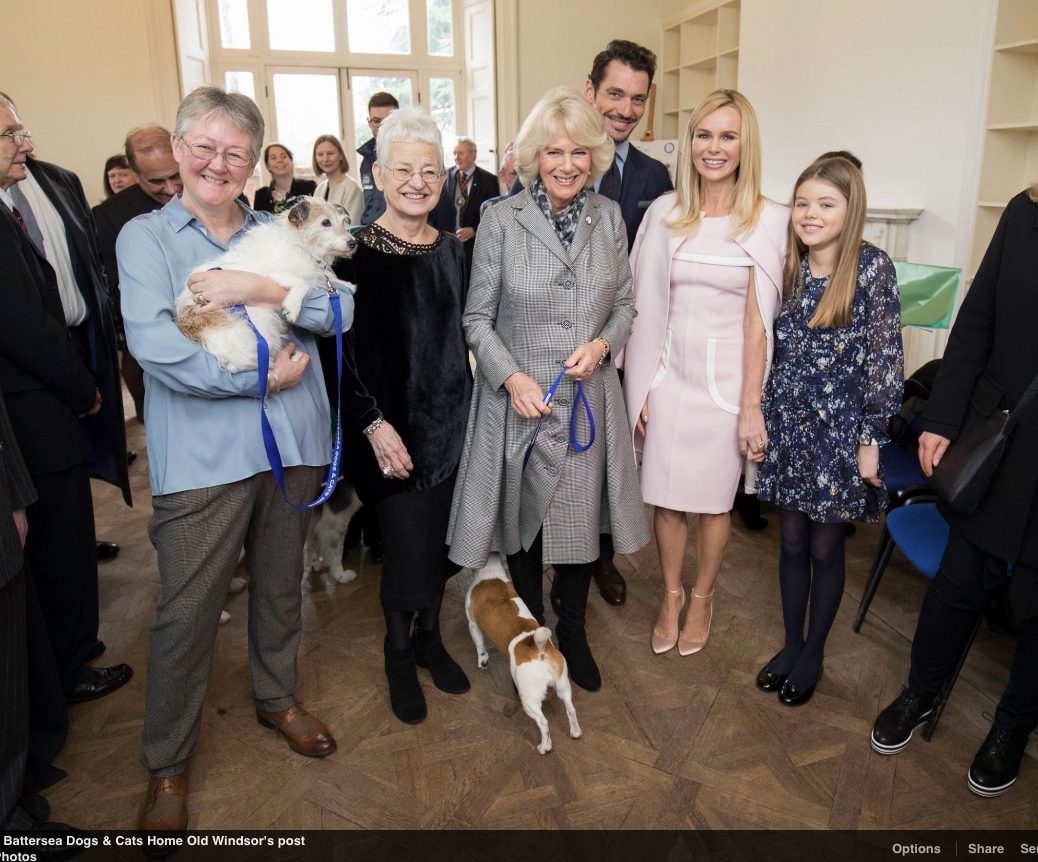 Battersea Dogs and Cats Home has announced HRH The Duchess of Cornwall as their Royal Patron yesterday, 1 February, on the occasion of her visit at their Old Windsor centre in Berkshire. The Duchess was accompanied by her Jack Russell Terriers Bath and Bluebell, whom she rehomed from Battersea in 2011 and 2012.

Battersea’s Chief Executive Claire Horton said, “Battersea has long considered The Duchess of Cornwall to be a very close and dear friend and a huge supporter of our work, so it’s absolutely wonderful to now welcome Her Royal Highness as our new Royal Patron. Having rehomed two Battersea dogs, Beth and Bluebell, and visited us on numerous occasions, we feel The Duchess is already part of our special Battersea family and we look forward with such enthusiasm to an even closer connection in the years to come.”

During her visit she was greeted by members of the staff, Battersea Ambassadors David Gandy, Dame Jacqueline Wilson, and Amanda Holden, as well as the Battersea ‘Guard of Honour’, from the centre’s resident dogs. She was also introduced to rescue dogs like Willow (pictured); the unfortunate Cocker Spaniel who was nursed back to health after being found, emaciated and covered in infected sores, tied to a tree.

Claire Horton adds: “We were so thrilled to welcome our new Royal Patron to Battersea Old Windsor for the very first time. Today’s visit was a great opportunity to show Her Royal Highness behind the scenes of our Berkshire centre and explain the many benefits such a rural setting offers our animals. It’s a peaceful, country haven, particularly for those dogs who long to romp around in grassy fields. We know The Duchess really enjoyed her visit and she will be a tireless supporter of our vital work, for which we are truly grateful.”