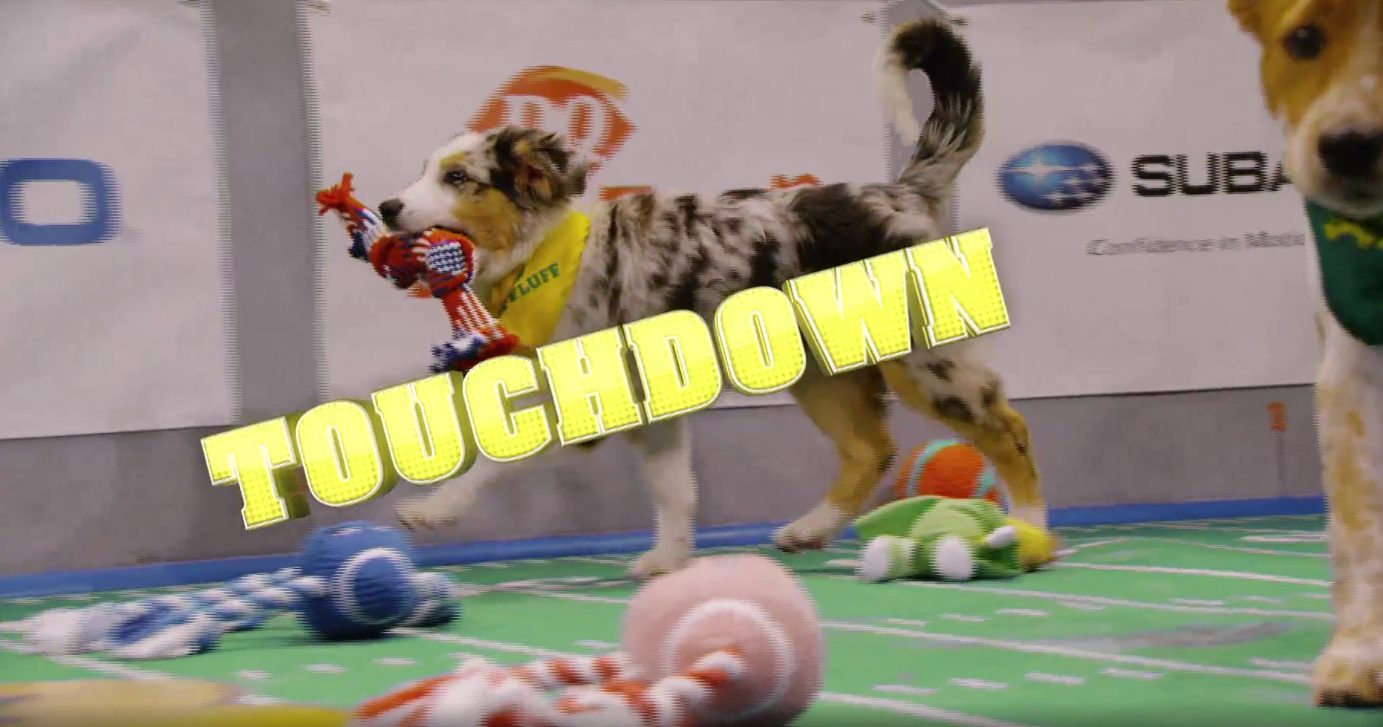 The most anticipated sports event in the States has kicked off, glueing millions to their screens. Super Bowl? No – Puppy Bowl!

Now at its 13th edition, Puppy Bowl has seen hundreds of tail-wagging athletes in action, snatching toys and hearts as they played to win. Team Ruff and Team Fluff faced each other in a tough competition, under the watchful eye of ‘rufferee’ Dan Schachner and their team mascots, Muffin the chinchilla and Orlando the screech owl.

This year’s 78 little players had higher aims than just the coveted Lombarki Trophy: all of them rescue pup, what they looked to win was a loving forever home. In this respect, it seems they all may be turn out to be winners very soon, with some of the adorable athletes receiving adoption requests within minutes.

The game also shone a light on the plight of puppy farm dogs, with celebrity rescue siblings Muppet, Toast and Underpants were reportedly glued to the nail-biting action. Surge the Hamster had a hard time keeping up with the scores!

If you have missed the Puppy Bowl, don’t worry: you can see it here and find how which team won the Lombarki Trophy. Team Fluff or Team Ruff – place your bets and get ready to fall in love.