On 2 February, DEFRA announced new plans to crack down on backstreet breeding. Taking on board part of the recommendations made by the EFRA Sub-Committee, the reform is set to make it illegal to sell puppies younger than eight weeks old, and requires anyone breeding and selling three or more litters of puppies a year to apply for a formal licence.

The license number will have to be displayed when advertising puppies online as well. Breaking these rules may result in an unlimited fine and up to six months in prison.

The Kennel Club has welcomed the government’s plans to tighten up laws around selling pets and breeding dogs as ‘a step in the right direction’.

Caroline Kisko, Kennel Club Secretary, said, “Kennel Club regulations state that breeders must not sell registered dogs to commercial dealers or pet shops and we continue to call for a ban on third party sales. This new rule will help protect those puppies who are being sold by commercial third parties from going onto their new homes when to do so could compromise their welfare.”

However, the Kennel Club expressed concerns over the level of enforcement local authorities will be able to enact to ensure these new rules are not broken – and they were not the only ones.

Becky Thwaites, Head of Public Affairs at Blue Cross, said, “We have concerns that the problems of enforcement have not been addressed. Local authorities need to be provided with the tools and resources to be able to properly enforce the current legislation. We know that the welfare of animals is suffering because of a lack of enforcement and it is frustrating that the government have failed to really address these issues.”

More disappointment came from the fact that EFRA Committee’s recommendations – such as the increase to six months of the minimum age for puppies to be brought into the UK under the Pet Travel Scheme, and especially the ban of third-party sale of puppies – were not taken on board.

“Like most dog-lovers I’m shocked that a ban, recommended by the advisory committee, does not appear to form part of the proposed changes,” he said. “So on one hand Government strongly advises the public against buying puppies away from the environment they were bred in with their mother present, but on the other hand they won’t ban third party sales -this is the very definition of hypocrisy!

The decision not to introduce harsher penalties for animal cruelty was also criticised. Jeremy Cooper, RSPCA’s chief executive, said, “Our inspectors investigate shocking incidents of animal cruelty such as animals being scalded with boiling water, stabbed, shot, poisoned or forced to fight to the death. It’s absolutely heartbreaking.

“We would like to see a further review of sentencing under the Animal Welfare Act to allow magistrates to give stronger sentences to those guilty of the worst animal offences. This could bring sentences for animal welfare cruelty and neglect in England and Wales into line with Northern Ireland where the maximum sentence is five years in prison.” 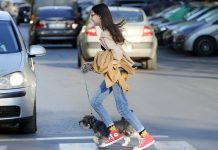 London, Paris and Rome crowned most pet-friendly cities in Europe 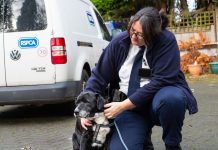 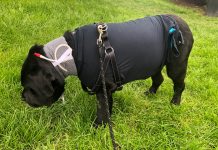