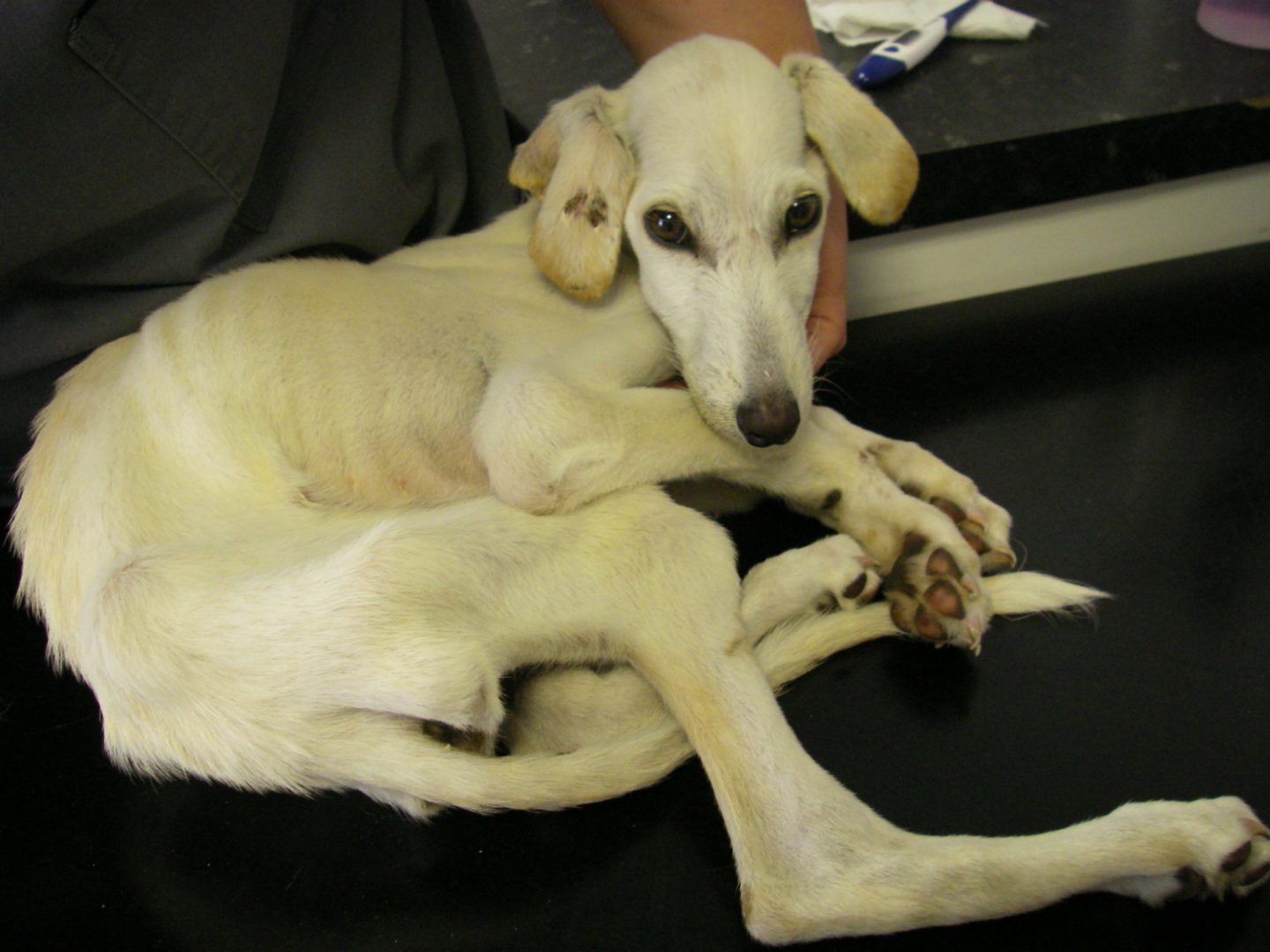 William, a greyhound/saluki cross, was dreadfully skinny when he came into the care of the RSPCA in September 2015. Handed in by a couple who claimed they had found him in the streets in Coventry, the four-month-old pup was a walking skeleton. It would later be found out that the couple who ‘found’ him were actually his owners, who had failed to properly care for him after buying him on impulse from an online ad.

The pair was handed 12-weeks suspended sentences and banned from keeping animals; as for William, he went on to touch hearts around the country through the photographs showing just how emaciated he was. Weighting only three kilos as opposed to the ideal weight of ten, he was left fighting for his life, but made an impressive recovery and was soon adopted by Derby couple Rachel Butler and Chris Mallett.

Now a handsome and healthy dog, William has been chosen as the face of the new RSPCA’s national fundraising campaign, features on a mailout which hundreds of thousands of people found in their mail across the country on Valentine’s Day – stealing hearts all over again.

Rachel, who works as a press officer for the RSPCA, said,  “William has made an amazing recovery. If you look at him today, you wouldn’t think that he went through what he did. We are very proud of all of the positive steps he makes.

“I was shown a copy of the mailout before it went out and it broke my heart to see photos of him when he was first taken into the RSPCA’s care. It is hard to believe that he is the same dog in the photos. His story is so strong that it still strikes a chord with people now, a year after he has recovered. He has such a happy life now and is always the centre of attention, wherever we go – particularly when we take him to Darley Park every weekend!”

Sarah Vickery, a fundraising marketing manager at the RSPCA, said, “We found the case of William to be an inspiring and emotive story that provides a powerful insight for our supporters into our work and enables them to engage with our cause at a personal level.

“We see cases like William all too often sadly but it really touched our hearts with the harrowing images and amazing care he received at one of our centres.”