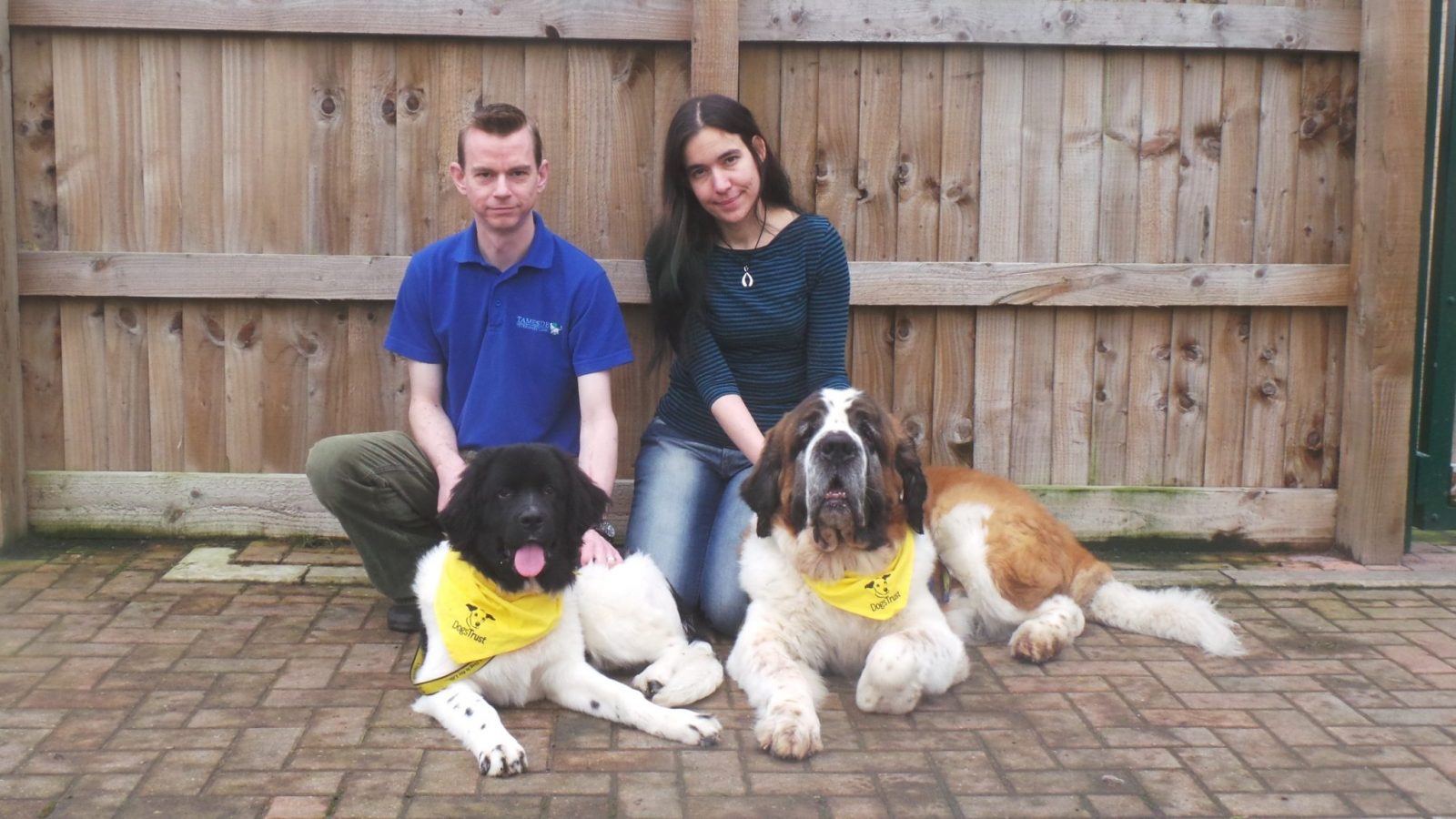 Richard says, “I love large breeds and when I met Henley in January 2015, I just knew I wanted to adopt him. Luckily my partner, Anna, now my wife, felt the same. He has been fantastic since the moment he strolled through our door.

“Then, just a few weeks ago I had the pleasure of meeting a beautiful Newfoundland puppy and as soon as I saw her, I knew it was going to happen again! The staff at the centre obviously did too – they had apparently all been talking about how I’d feel when I met her and they were right!”

The six-month-old Newfoundland pup – named Yoshi – became homeless when her owner fell ill and couldn’t give her the time and attention she needed. Now that she has her new home, she’s making best friends with Henley, who is now six.

Richard says, “We introduced them to each other at the rehoming centre to make sure they got on well and as they did, we were given the go-ahead to adopt Yoshi. She is doing really well. She is full of mischief as you’d expect from a puppy but it has been brilliant seeing her personality develop.

“When I first met her she didn’t like walking on her lead and would sometimes simply refuse to walk. Now she can’t wait to get out and about and actually takes hold of Henley’s lead as if she is going to walk him herself. Luckily Henley is very tolerant!”

When Yoshi is fully grown she will be around 26 inches in height, just a few inches shorter than Henley, and could weigh as much as 55 kilogrammes, with Henley weighing over 70 kilogrammes.

Richard says, “There is no doubt that such large dogs aren’t for everyone, but we just love them – and their slobber! They might be known for rescuing people but we are delighted that we have been able to rescue them and give them the home they both deserve.”