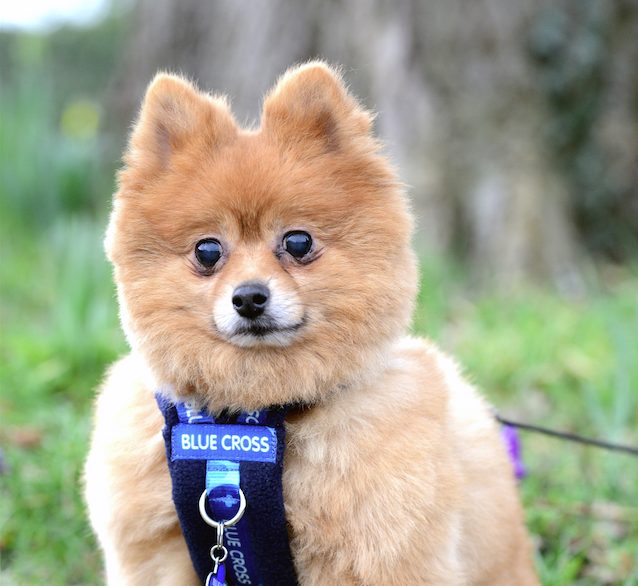 If you’d seen little Fred last September, you likely wouldn’t recognise him as the happy, fluffy boy you see above. 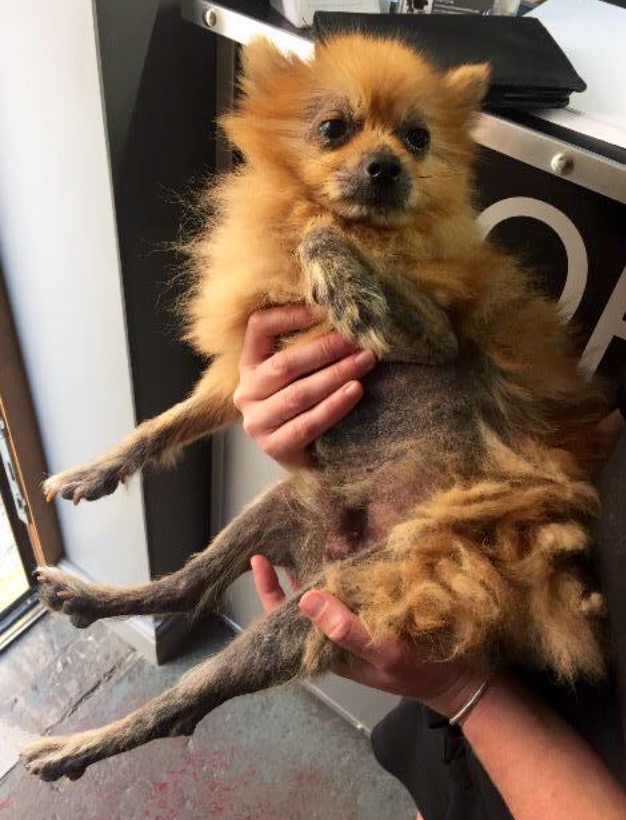 The seven-year-old Pomeranian was thrown over a garden fence, in terrible condition: he had an untreated skin in infection that had cost him much of his fur, he was terrified and desperately hungry. Taken to the pound, he was left there with nobody to claim him – until Blue Cross stepped in and cared for him in the charity’s Thirsk centre.

Rachel Myers, Animal Behaviour Coordinater at Blue Cross Thirsk, said, “When Fred arrived with us he was very worried and had to be carried into the building. He was really scrawny and there was no fur on his tummy or legs and the only bit of coat he had was really matted.“

With time, medication and plenty of care, however, Fred went on to make a full recovery and has found a forever home with Andrew and Yvonne Hildred, near Ganthorpe.

Said Yvonne, “Knowing what he has been through makes him even more rewarding. When we saw the picture of the state he was in when he arrived at Blue Cross, I was heartbroken – the poor thing.”