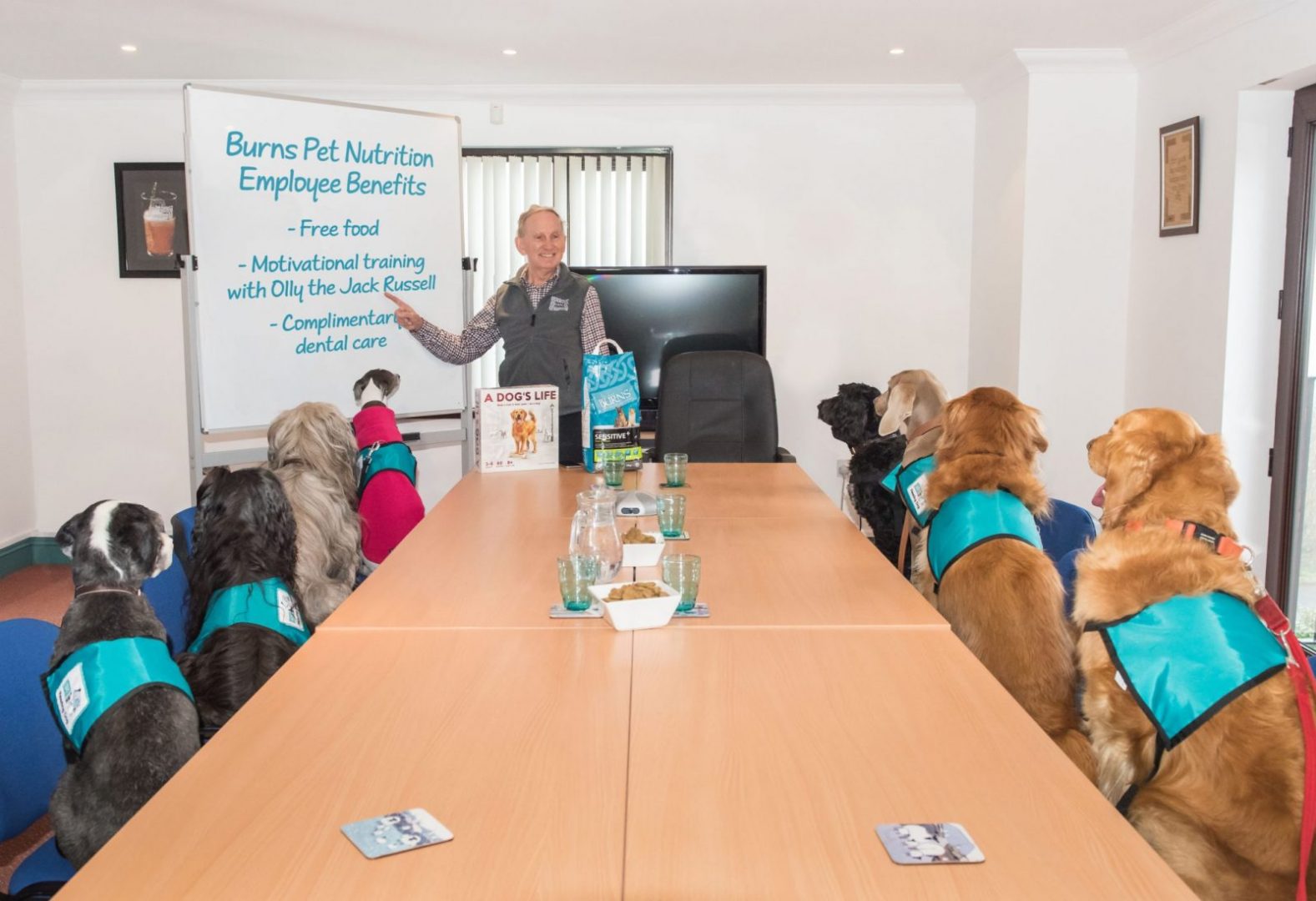 The number of employers allowing staff to bring their dogs into the workplace is growing, but one company have chosen to take the idea one step further.

Burns Pet Nutrition has hired man’s best friend for administrative roles at the company’s head office in Kidwelly, West Wales. The family company based in Wales that makes specialist foods designed for the health and wellbeing of pets, hopes the move will be a significant step towards animal equality and has even installed phones to accommodate paws instead of fingers.

The company has employed three dogs – Sally the Golden Retriever, Coco the Spaniel and Lola the Tibetan Terrier – who will join the Burns workforce next month after finishing their training. Their role will include meeting visitors, answering the telephone, transferring calls and packing orders – but they will have to pass a three month probation period.

Veterinary Surgeon John Burns has dedicated over half his life to the wellbeing of animals and promoting the benefits of natural pet food. Mr Burns has been running one of the UK’s most successful pet food companies, Burns Pet Nutrition, for almost 25 years and his background made him well suited to try and meld a dog’s natural obedience and intelligence with the challenges of an office environment.

While the idea of dogs completing office work sounds far-fetched, the company has invented some ingenious technology to make this a reality. Sally, for example, has been trained to meet visitors in a specially designed reception room and fetch the appropriate person or employee by responding to a series of commands. The visitor, prompted by signs in the waiting room, will be instructed to stand on different coloured squares in the room depending on why they are there. They also have the option of giving Sally a treat.

In addition to this, telephones have been specially modified to include voice recognition software and special headphones so the dogs can answer the phones. Meanwhile in the warehouse, Lola has been trained to pack boxes as fast as any human – and she is no longer helping herself to the contents!

Speaking on his extraordinary decision to hire dogs, Mr Burns said, “Dogs have remarkable capabilities. Working dogs are well-established in many industries such as farming and the police force, so why not the office too? Dogs have evolved over millennia and many lead a domesticated life, it’s time to put them in the driving seat.”

Katie Roderick, HR Manager at Burns, said, “We realised the potential and started a recruitment process. Sally, Lola and Coco really stood out to us. They always turn up on time, they’re friendly, hardworking and share our ethical company values. Are we barking mad? Let’s see when the trial period ends.”