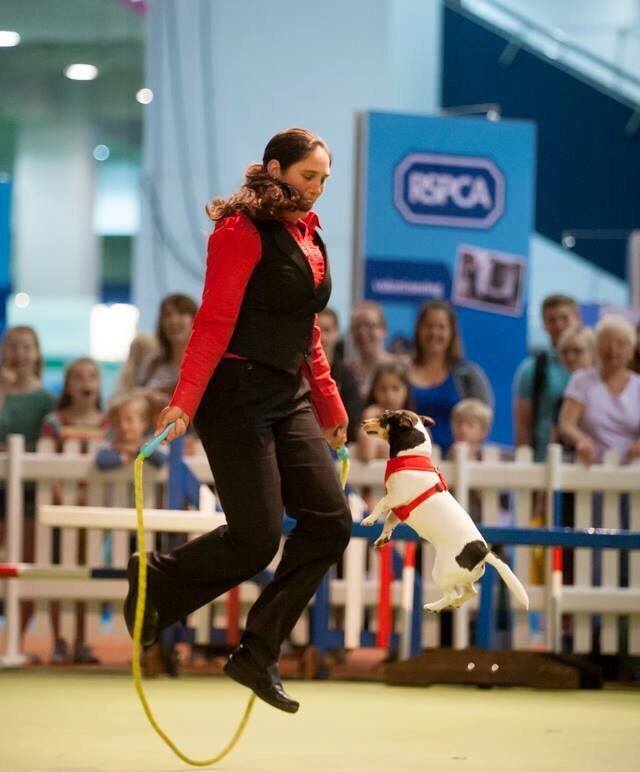 Jessica the Jack Russell Terrier has broken the record for ‘Most skips by a dog and person in one minute – single rope‘ with her human Rachael Grylls.

The duo racked up a total on 59 skips when they took on the challenge in December last year. Rachael and Jessica have recently received their certificate from Guinness World Records to confirm that they are the new World Record Holders.

Rachael, who has had Jessica since she was a puppy, has been training with the terrier since she was just a year old. Now aged eight, Jessica is showing no sign of stopping.

The proud owner said, “It was not long after I started training her that I noticed her ability to jump, it was like she had springs in her little legs. Jessica very soon learnt how to skip with a rope and since then we have been on several television programmes and performed at shows and charity events wowing the crowds with her skipping and other unique tricks, such as barrel rolling, skateboarding, driving her car and many more.”

After a television presenter suggested they attempt a world record, Rachael felt it was time to take on a bigger challenge.

“Leading up to the attempt, I got Jessica fit by skipping with her most days. On a cold dark December evening with qualified witnesses and timekeepers, we took on the challenge. I submitted my evidence to Guinness. It was twelve weeks before they got back to me and confirmed that Jessica and I were the new World Record Holders.”

You can witness Jessica demonstrating her record-breaking skipping ability and other amazing tricks at The National Pet Show Excel London on the 6/7 May 2017.