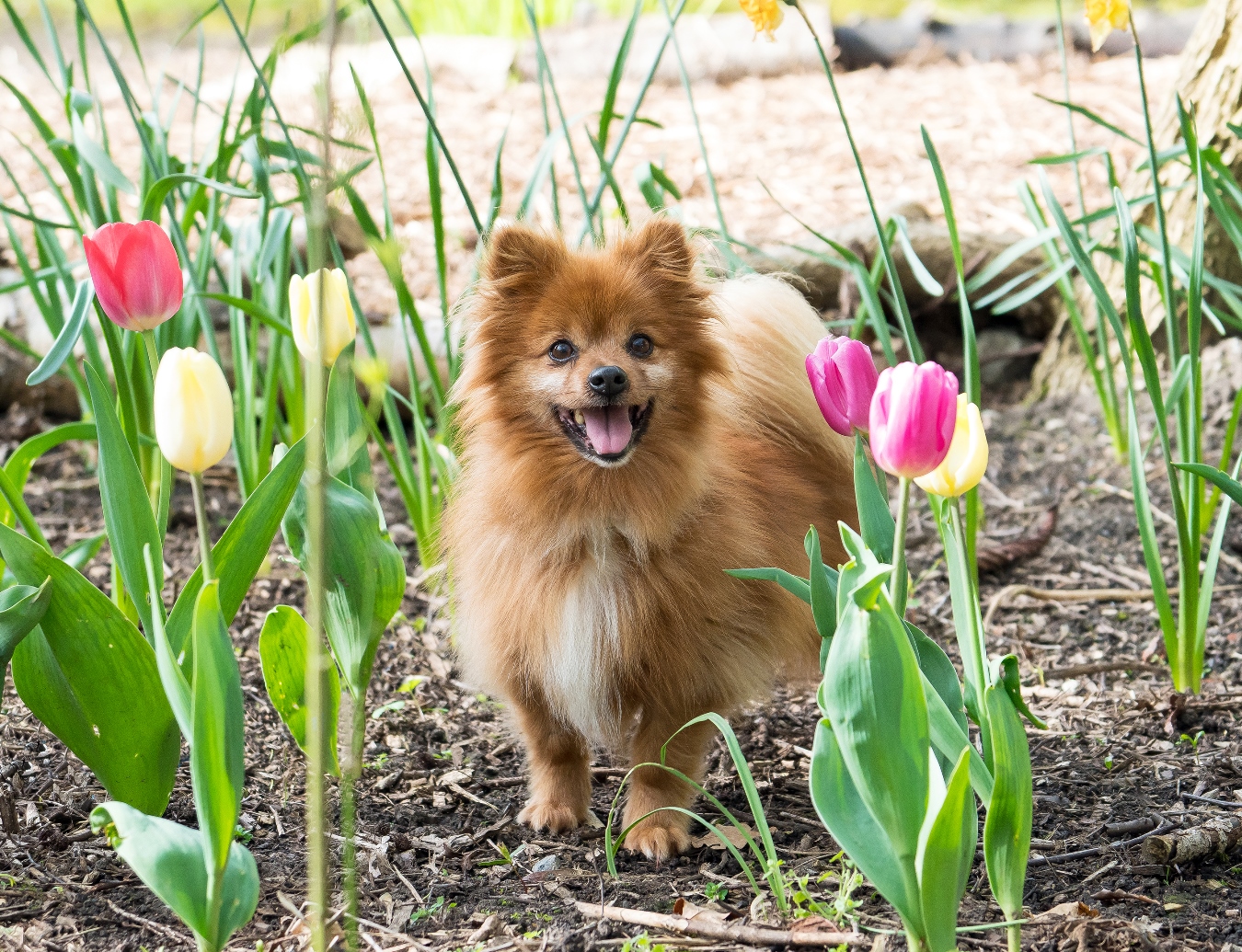 Homeless hound Bunny will be hopping off to his forever home on Easter Saturday after a Fairfield family fell in love with him.

The ten-year-old Pomeranian had a spring in his step when he met Julie Kennedy and her daughter Amy, and they decided the fluffy golden oldie was the one for them.

Julie says, “We saw him on the website and he is so beautiful but it was the description of his personality that really won us over as it reminded us of our previous dog. We had Sox, a Shih Tzu, for 18 years who was very independent, didn’t like to be fussed or groomed and was very choosy about who he spent time with! Bunny is very similar so we feel we understand him and hopefully have enough experience to look after him and give him the best home possible.”

Buddy arrived at the Huyton based rehoming centre just after Christmas after his owner could no longer look after him. Now, after a four month wait, the Dogs Trust team are delighted to be saying a fond farewell to him.

Georgina Lowery, Rehoming Centre Manager at Dogs Trust Merseyside, says, “Bunny is an older pooch, quite set in his ways and definitely not a lap dog, so we were looking for a very special family for him and in walked Julie and Amy! They have met him several times at the centre and have started to build a bond with him which is really lovely to see.

“Given his name it is so appropriate that he is going home on Easter Saturday after waiting so long and I’m sure there will be a few tears shed when we wave goodbye.”