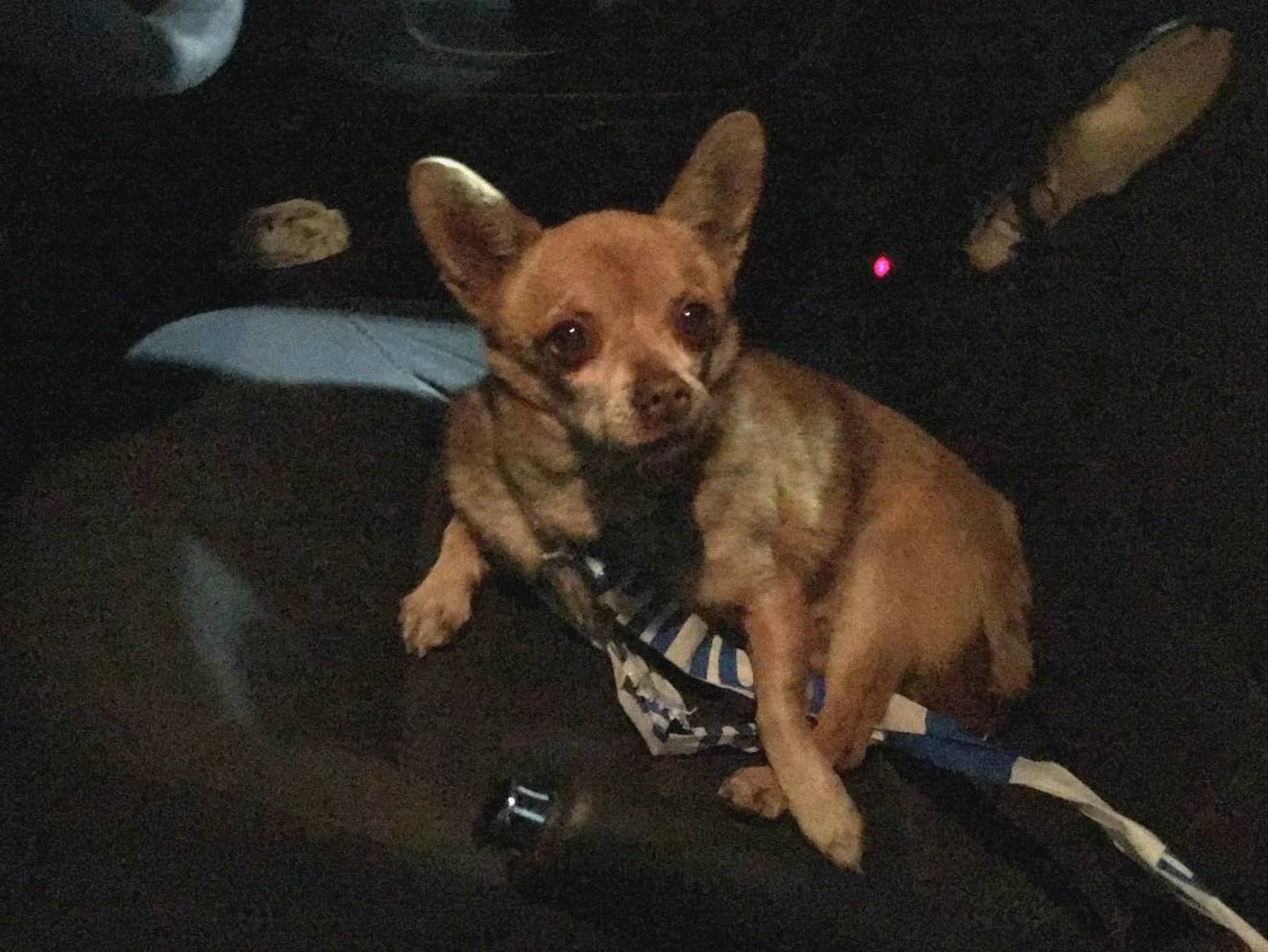 A naughty Chihuahua, found early yesterday morning, has been detained by police for “jay walking, disorderly behaviour and two counts of assault of police.”

In a humorous Facebook post, PSNI Craigavon said Nigel, named by an officer because “he looks like a Nigel”, was stopped wandering the streets of Lurgan but didn’t “play ball”. He was described as having “serious anger issues” and bit two officers.

As he wasn’t wearing a collar, officers hoped the photo of Nigel would eventually reach his owner and he would be claimed.

The post continued, “Please…find his owner. I like my fingers and don’t fancy their chances if he’s here another night. He’s currently sleeping on my jacket, which I have a feeling he’s not going to let me have back.”

Luckily, it wasn’t long before Nigel, whose real name is Simba, was reunited with his family. Relieved officers joked, “He certainly wasn’t feeling the love tonight.”