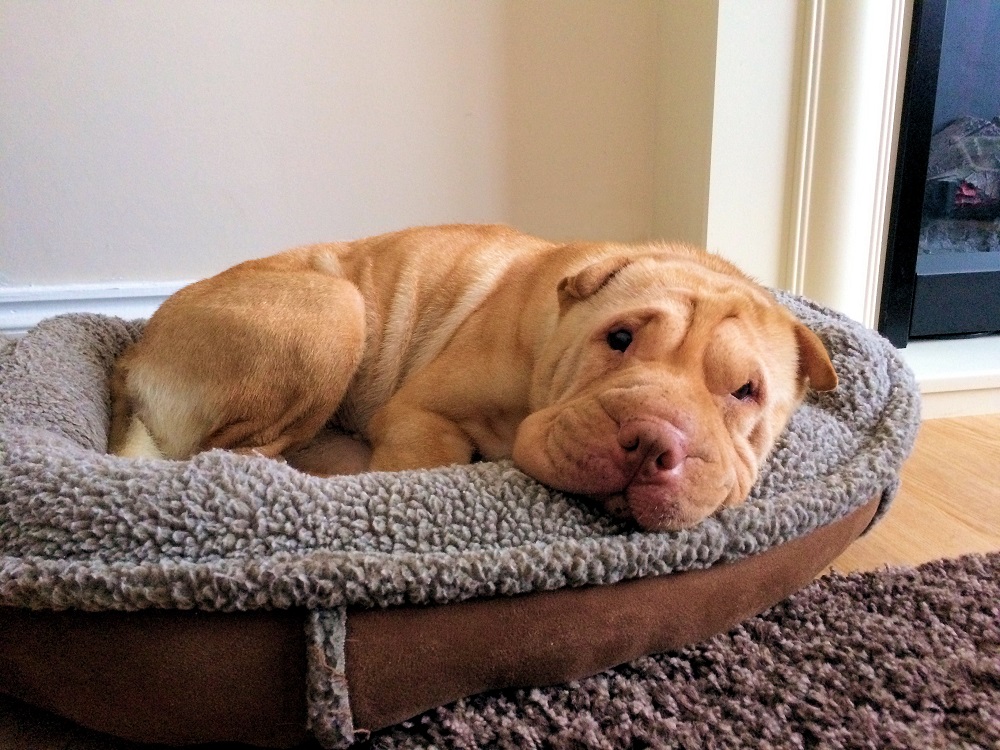 Few things are as irritating as having something in your eye, rubbing against your eyeball. Now imagine being unable to do anything about it and just being forced to endure the irritation and pain every time you blink for years and years.

That’s what Coco had to endure throughout her whole life, before she came into the care of The Mayhew Animal Home. The seven-year-old Shar Pei arrived at The Mayhew in February in poor condition: flea-ridden, with inflamed skin and, of course, very sore eyes.

The Mayhew’s Head Vet, Dr. Ursula Goetz MRCVS, GP Cert (SAS) CVO, said, “When Coco was first brought in, we noticed straight away that her eyes were inflamed and she could hardly keep them open. On closer inspection, we discovered that Coco had the condition, Entropion, an abnormality of the eyelids in which the eyelids have rolled inward and causes the hair under the eyelid to rub against the eyeball every time she blinks resulting in pain and irritation.” 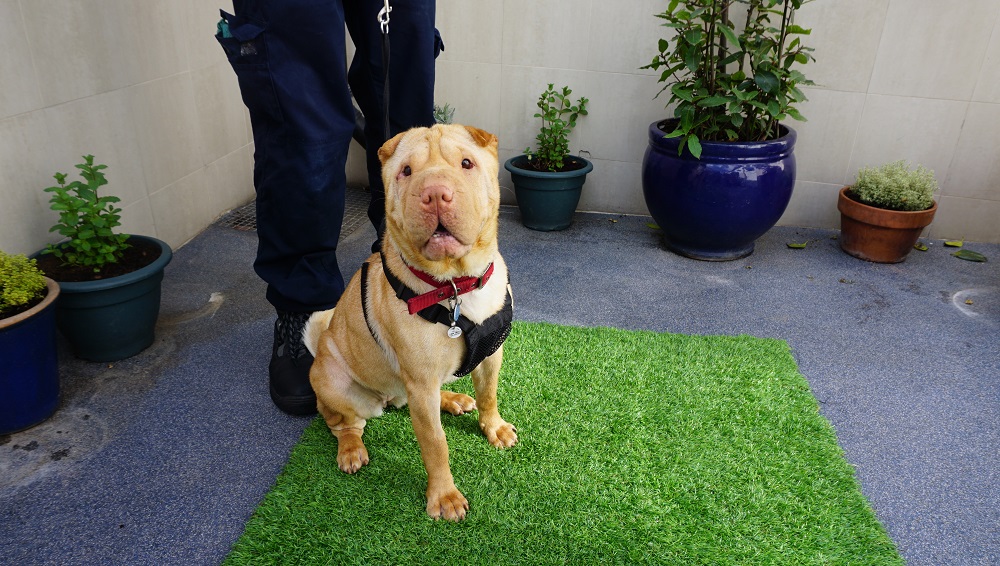 As Entropion can be congenital, the staff at The Mayhew believes Coco had to live with the painful condition since birth.

“Because of the folds of skin which characterises the Shar Pei breed, many are prone to eye problems including Entropion,” Dr. Goetz said. “It can also be common in other dog breeds including Pug, Shih Tzu, Basset Hound, and many more.

“We had to perform delicate surgery on both eyes, where we had to cut away and remove a section of skin from the affected eyelids to reverse its inward rolling. We had to be extremely careful not to over correct the Entropion in case it resulted in an outward rolling eyelid, which potentially causes other medical conditions. After the major surgery we had to perform a minor corrective surgery on the right eye to cut away further skin from the eyelid. As well as being put on pain relief, we also had to give Coco a number of medicated bathes to treat her inflamed and irritated skin. It took over three weeks for Coco to fully recover.”

During her recovery Coco was placed with an experienced foster carer and, thanks to her loving nature as well as good looks, it’s no surprise that she quickly found a forever home.

The Mayew Dog Adoption Officer Lisa Guiney said, “Despite being in constant pain with her eyes for most of her life, Coco is such a sweet and sensitive girl. Coco loves nothing more than tummy rubs and back scratches. She can be insecure, but builds strong bonds very quickly. I’m so glad that we were able to find someone who is the perfect match for Coco and can give her the love and care that she deserves.” 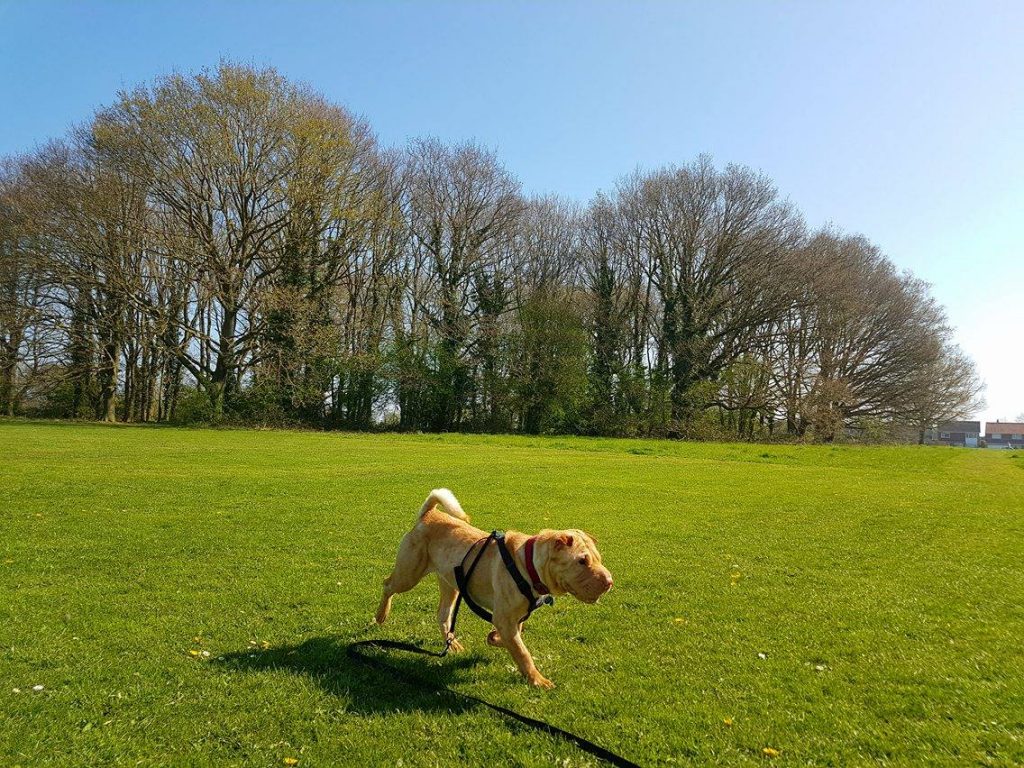 Images by The Mayhew Animal Home.