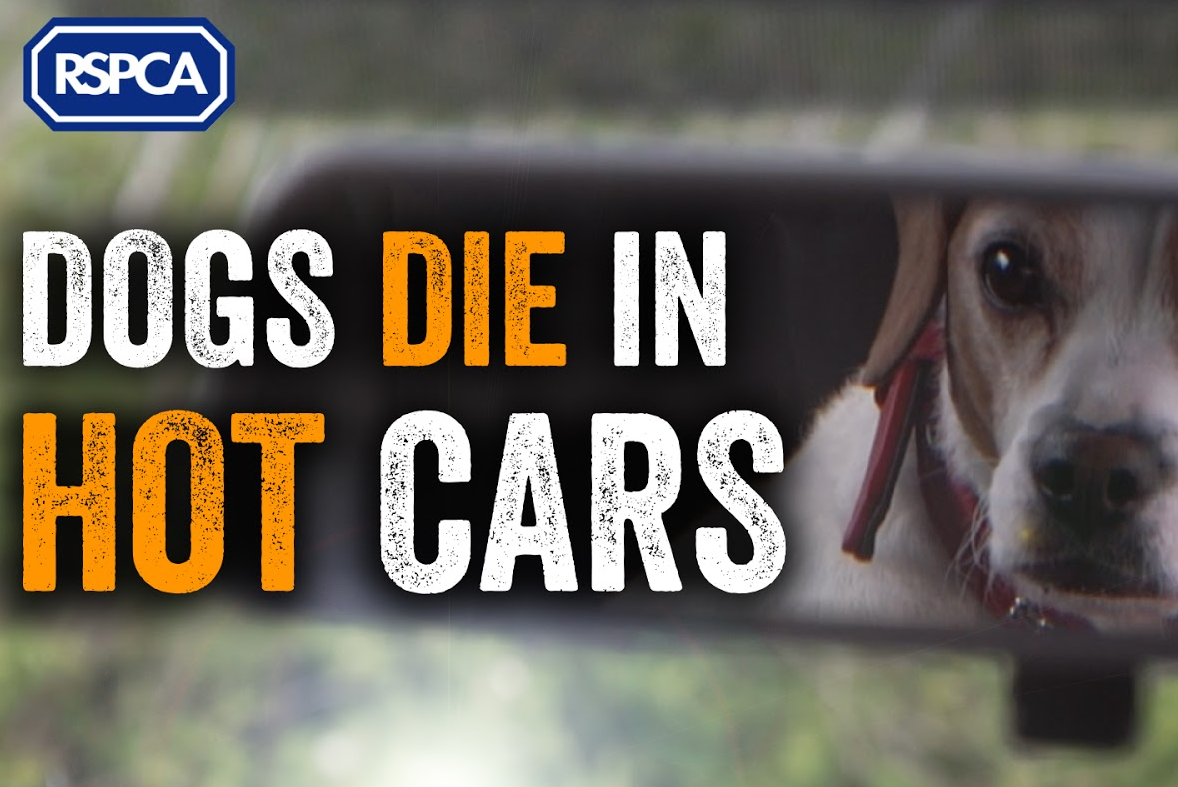 Despite years of campaigning, dogs are still left unattended in cars during warm days – something that could easily kill them, as temperatures can rise quickly in a vehicle, turning it into a death trap.

Soon after launching this year’s Dogs Die in Hot Cars campaign, the RSPCA saw its 24-hour cruelty line swamped with 745 reports of animals and heat exposure between Saturday 20 May and Bank Holiday Monday 29 May – the majority of which were about dogs shut in cars.

“Unsurprisingly we always see a spike in the number of reports to our hotline when there’s a heatwave or during school holidays and bank holidays when families are more likely to take their dogs out with them for the day or take them away with them for a break,” RSPCA campaign manager Holly Barber explained. “What surprises me is that in the very same week we urged people not to risk leaving their dogs in cars and advised people to call 999 if they see an animal in distress – we had 745 calls about that very issue!

“This isn’t a new message and it’s not a difficult one to explain. Dogs die in hot cars, so don’t leave them in a car. And if you do see one, please please call the police who will be able to attend more quickly than us and who have powers of entry into the vehicle.”

While many people will contact the RSPCA over sightings of dogs in hot cars, their advice in these cases is to call 999 first; however, only 48 per cent of people will call the police first according to a RSPCA survey. While it is understandable that a member of the public may try to break into the car to get the dog out right away, especially if they’re showing the signs of a heatstroke, this may be classed as criminal damage.

If you decide the dog just cannot wait for police to arrive, the RSPCA advises to “make sure you tell the police of your intentions and take photos or footage of the dog as well as names and numbers of witnesses”.

“The law states that you have a lawful excuse to commit damage if you believe that the owner of the property that you damage would consent to the damage if they knew the circumstances.

“Once removed from the car, move the dog to a shaded/cool area and douse him/her with cool water. Allow the dog to drink small amounts of cool water.”

The face of this year’s Dogs Die in Hot Cars is Jonathan Theobald, whose three dogs died after being left for hours in his car on 16 June last year. It was an overcast day, with temperatures between 16 and 19 degrees, and Jonathan – who was later prosecuted and banned from keeping animals for 10 years – had no idea it would be enough to kill his dogs and change his life. Now he’s taking part to the campaign to keep other dog owners from making his same mistake.