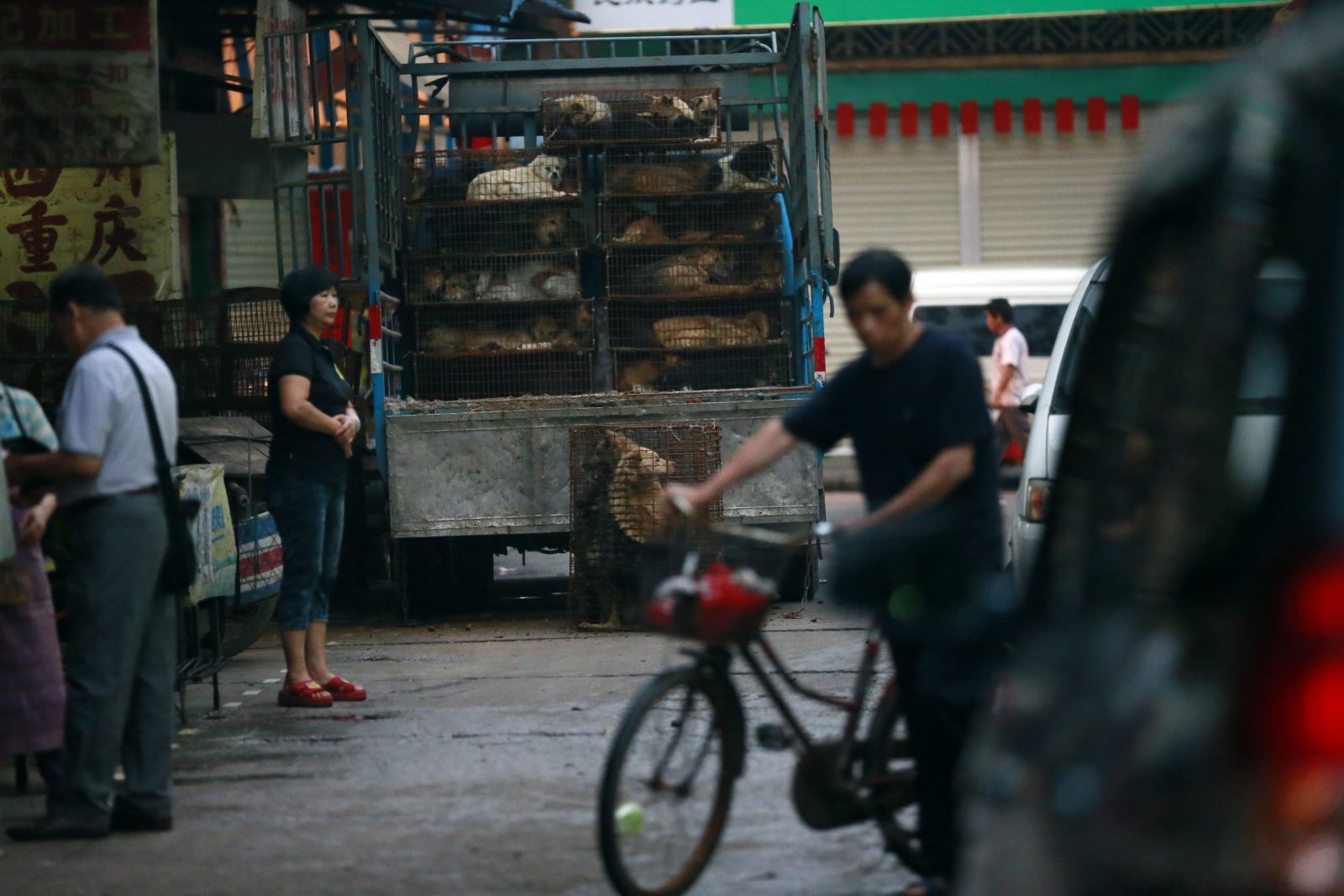 Chinese animal welfare activists are circulating a video filmed on June 15th at Nanqiao market in Yulin, China, showing Yulin law enforcement officers closing down dog meat stalls. This is due to the ban on dog meat sales that was announced by authorities on 17 May, little more than a month before the start of the Yulin dog meat festival on 21 June – a ‘tradition’ created by dog meat traders to boost the sales in a country where fewer and fewer people eat dog meat, and a growing number sees dogs and cats as companion animals.

The ban was likely a result of the growing pressure to stop the trade both from abroad and from within China, where a growing number of people is opposed to dog and cat meat consumption. The news came a month after the complete ban of dog meat in Taiwan last April, and it was cautiously welcomed by animal welfare campaigners. With thousands of dogs being cruelly killed during the festival every year, this ban was definitely a step in the right direction – but doubts were cast over its enforceability. 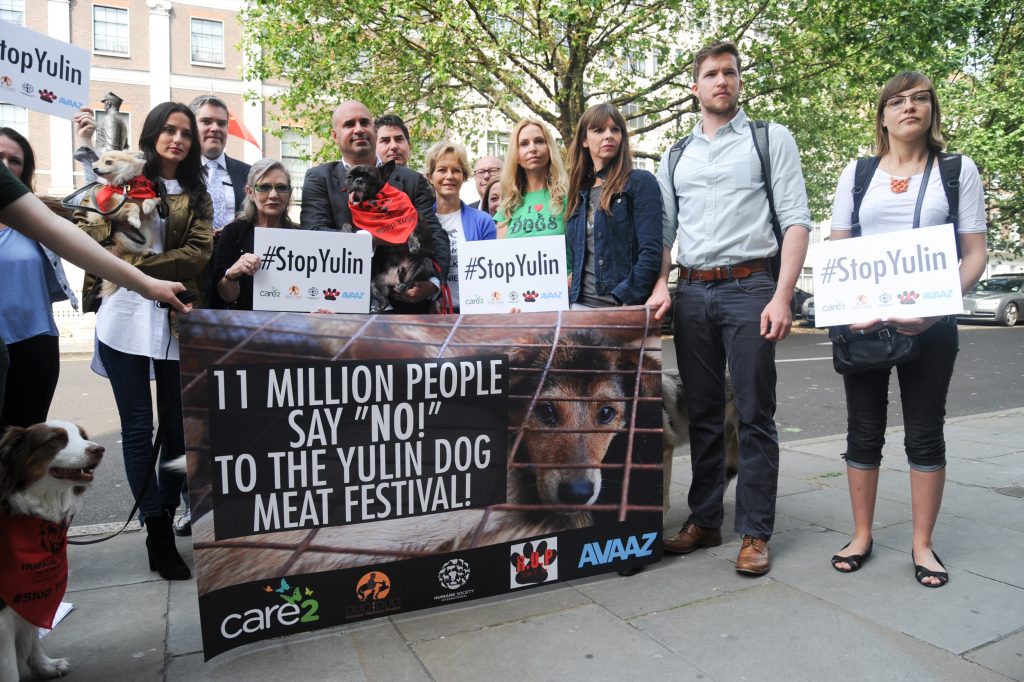 Recently, animal groups who travelled to Yulin report mixed results as dog vendors fight the sales ban. According to Humane Society International (HSI), a last minute compromise deal was reached between angry dog meat vendors and the Yulin authorities, whereby “vendors are permitted to sell dog meat but limited to two dog carcasses per stand, a dramatic reduction for most vendors”.

Chinese animal activist Sean Long, a partner of HSI, said, “It doesn’t look like business as usual at Dongkou market in Yulin. It’s disappointing to see dog meat still on sale, but nothing like the amount we’ve seen in the past. Business was slow at the market with far fewer buyers. Some vendors we spoke with said they believed they were allowed to sell dog meat again, and hinted that some kind of concession had been gained from the authorities just in the last couple of days.

“However, other vendors expressed doubt that they would be allowed to continue selling dog meat for long and said that there was so much genuine uncertainty that they had decided not to order more dogs in case they can’t sell them.”

The video showing police officers closing down a dog meat stall shows that defiance of the ban won’t be without consequences, and while there is still some way to go it’s a significant step forward. HSI’s partner groups are also reporting that the Yulin police department has set up a temporary office in the main Dongkou market for daily inspections to enforce the order, and that Chinese activists are encouraged to being any violation they spot to their attention.

You can see the video here:

Commenting on the closure of the stall Dr Peter Li, HSI’s China policy specialist, said, “It is encouraging to see the Yulin authorities enforcing the compromise ban that they themselves struck with Yulin officials. It shows that while the restricted sales order is by no means perfect, it is absolutely having an impact and Yulin law enforcement want to be seen to be taking it seriously.

“Our Chinese partners share the frustration of animal campaigners around the world that change in Yulin is a long time coming, but they are keen for this video to go viral so that people can see that progress is being made and the dog traders are definitely feeling the pressure. This kind of crackdown is certainly causing vendors to hold off buying more dogs, and word is spreading.” 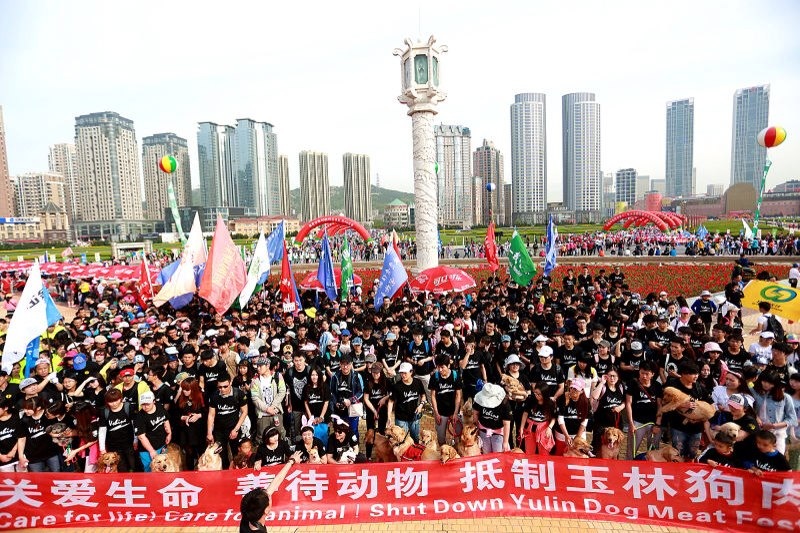 HSI has pledged to monitor the situation in Yulin up to and during the festival on 21 June.

Video and images courtesy of HSI.