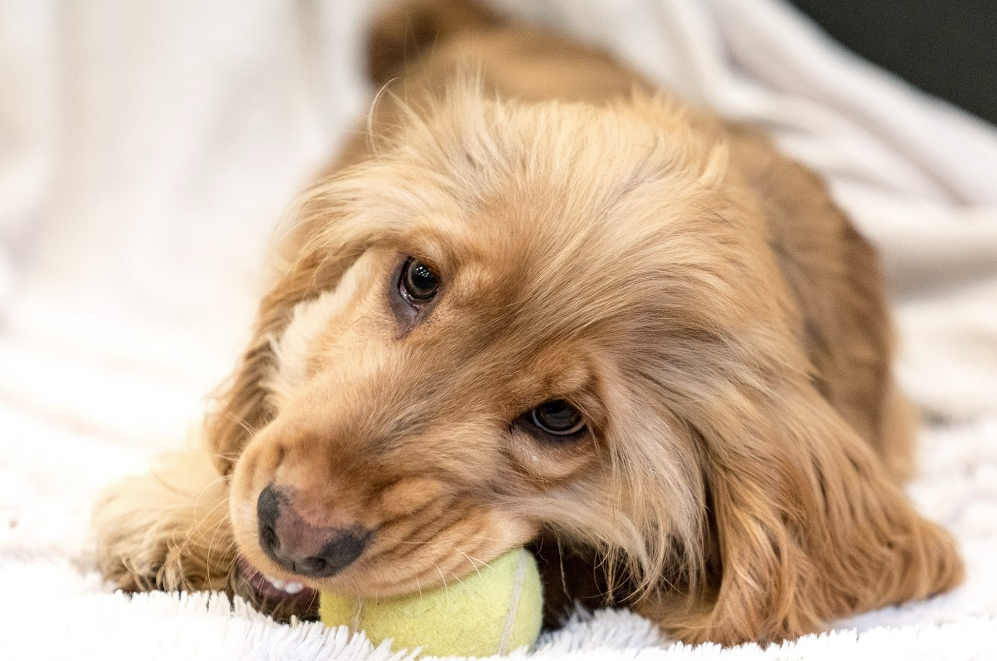 Staff at the Mayhew Animal Home is paying tribute to Monty, a Cocker Spaniel puppy who sadly had to be put to sleep despite their best efforts to help him. They are now hoping that telling his story may help raise awareness on the rare condition that claimed his life: congenital megaoesophagus.

The Mayhew’s vet Dr. David Cosgrove said, “Congenital Megaoesophagus is a really rare condition where the oesophagus or food pipe is dilated and there is a loss of movement of food through this pipe. Because Monty was diagnosed with this condition at such a young age, it was most likely that he was sadly born with it.

“Normally when a dog swallows, food or liquid will move down the oesophagus into the stomach. At the same time, the opening to the trachea or breathing pipe will close to prevent any food or liquid from going down it. With congenital megaoesophagus, this coordination between swallowing and breathing is lost, and therefore there is a big danger of food or liquid going into the lungs, which causes aspiration pneumonia.” 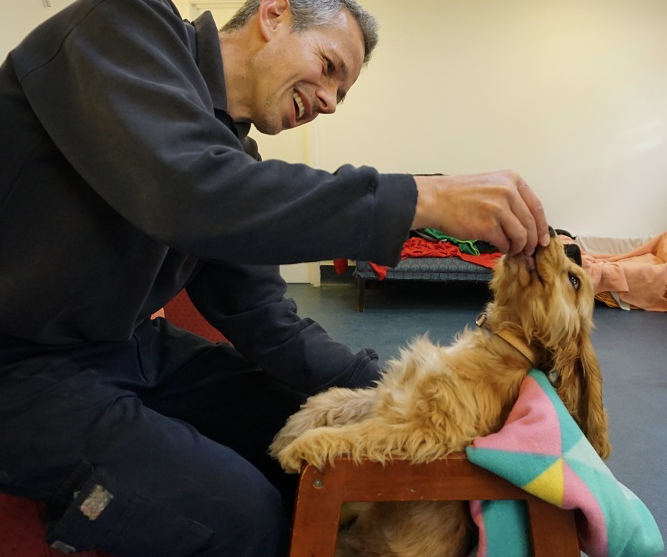 This condition usually becomes evident when puppies begin to wean: lack of proper muscle mobility in the esophagus makes it impossible for a dog to swallow food while horizontal, and therefore affected dogs must be held upright while feeding. Monty’s previous owners, who bought him from what they thought was a reputable breeder, handed him to The Mayhew after he was diagnosed with both congenital megaoesophagus and subsequent aspiration pneumonia.

The Mayhew’s Head of Animal Welfare, Zoe Edwards, said, “Megaoesophagus can be hereditary and it is advised that affected dogs should not be bred, but unfortunately we see this kind of situation all too often where some dogs are still being bred for looks to appeal to potential buyers rather than health.

“Sadly many pets end up in rescues after breeders who breed for looks have sold sick animals and not told potential owners, just for financial gain. These breeders can often have little or no concern for the welfare of dogs and puppies and no regard for who buys them. The health and welfare of the animal is very much overlooked.

“We urge people to think responsibly about where they get their pets from and consider adopting a rescue dog from a reputable shelter, as they are full of gorgeous canines desperate for loving homes.”

As soon as Monty was in their care, The Mayhew’s vet team and staff did their best to assess his condition and give him a good quality of life. 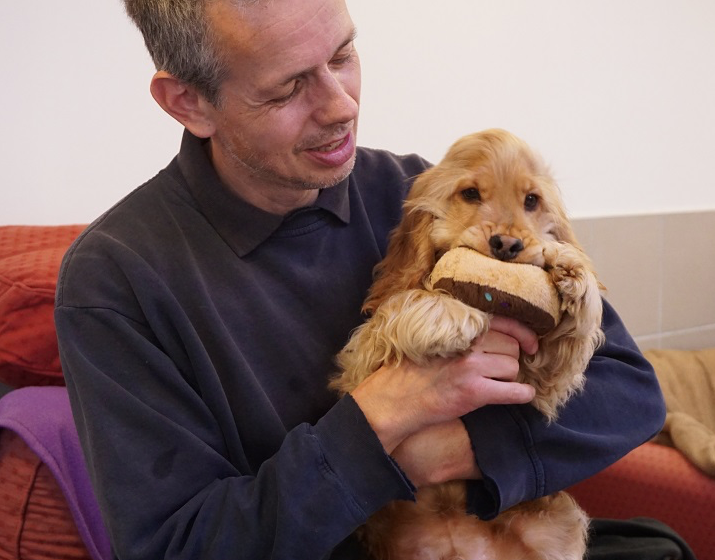 “Monty was already on antibiotics when he arrived at The Mayhew, so we extended the course, to help with the Aspiration Pneumonia that can sometimes cause a fever, difficulty swallowing, chest pain or loss of appetite,” Dr. Cosgrove said. “To minimise the risk of food or liquid going into the lungs, during each feed, Monty was held upright and afterwards held for a further 15 minutes in that position, so to allow enough time for the food to move with gravity to his stomach. He was also fed dry food to also minimise any splatter from wet food into his trachea. His water also had gelatine added and then set into small cubes, which was easier to pass down the oesophagus.”

Other than treating and feeding him, the staff made sure to socialise the pup, hoping that his condition would improve in time, as it sometimes does. Sadly, it was not the case.

The Mayhew’s Head Vet, Dr. Ursula Goetz, said, “Despite doing everything we could to help him, unfortunately Monty didn’t improve during his time with us because of the aspiration pneumonia. We were waiting until Monty was older because on some occasions, dogs with congenital megaoesophagus improve with age, but sadly Monty did not. This was the worst case of megaoesophagus I’ve seen.”

The decision to put Monty to sleep was heart-breaking for the members of the staff who had spent so much time with him, hoping for the best. They all had a chance to say goodbye before it was time for Monty to go.

Head of Animal Welfare, Zoe Edwards, said, “We wanted to give Monty a chance and all our staff worked round-the-clock caring for him. Unfortunately he didn’t improve and the kindest thing we could do was to end his suffering.

“We are devastated that Monty got to such a bad state at such a young age, but hope that by sharing his story we can educate people and prevent this from happening to more pets.”