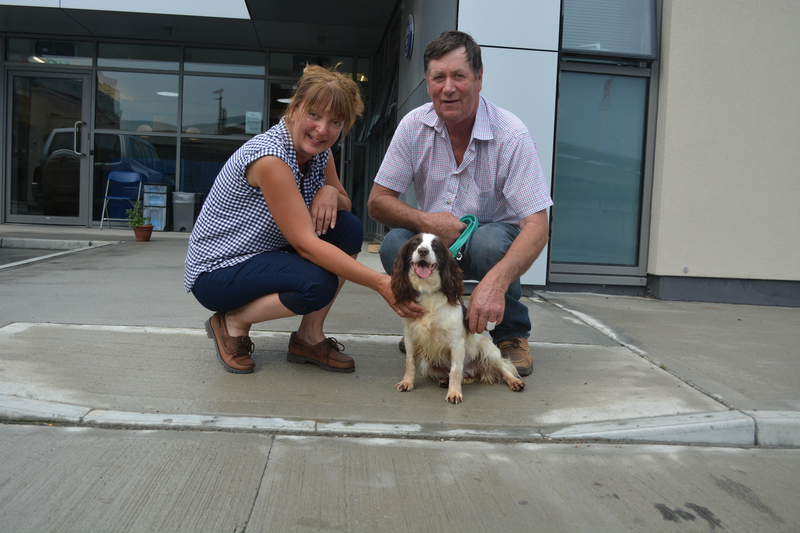 This comes after the Government claimed that 95 percent of dogs are now microchipped. Only 31 percent of all strays had accurate and up-to-date details attached to their microchip and Battersea is calling for Local Authorities, charities, vets and dog owners to work together to improve this.

With a microchip, owners have a much greater chance of being reunited with their lost pets. Cocker Spaniel Sable was reunited with her owners more than four years after she was stolen from their East Sussex farm  – all thanks to her microchip.

Her owners Roger and Julie Verity thought they would never see her again until they received a call last month to say the eight-year-old had been brought into Battersea. Sable was quickly reunited with her delighted owners.

Not all dogs are as lucky as Sable and although there has been an improvement from 45 percent of stray dogs chipped from Battersea’s survey last year, it falls short of the Government’s claim.

Battersea’s Chief Executive, Claire Horton, said, “Sable’s story spells out the importance of microchipping and Battersea’s new report shows there’s a lot more work to do to ensure pet dogs are all microchipped.

“Our research shows that when it comes to strays, where microchipping matters most, around a third are still not microchipped at all. Only two-thirds of strays taken in by Local Authorities have a microchip and many of those are registered with completely out-of-date information.

“Microchipping your dog is a simple, painless procedure and many Local Authorities and rescue centres, including Battersea, offer it free of charge to all dog owners. It could save you and your dog heartache and distress – without Sable’s microchip, we would never have been able to reunite her with her owners.”

Her owner, Julie Verity, added, “It’s wonderful to know that Sable is safe after all this time. The worst thing all this time has been not knowing what’s happened to her – not knowing if she was happy or if she was being mistreated. We would like to say a huge thank you to everyone involved at Battersea, they were all so kind.”